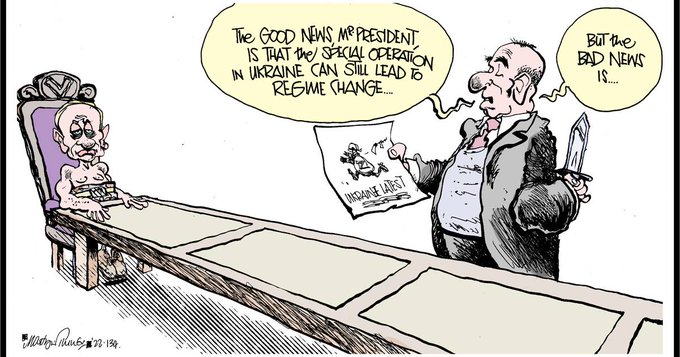 Improbable as it sounds to many, the Ukrainian army really does seem to have achieved a turning point in the war, partly through its own skill and determination, and without question also with help from the West, notably US intelligence.

This is Foreign Policy today, which carries an analysis by Meduza’s investigative reporter Alexey Kovalev:

A new Russian protest movement is coalescing, but it’s neither pro-democracy nor anti-war. Instead, it’s the most extreme of Russian President Vladimir Putin’s supporters, who have grown increasingly furious at the unfolding military disaster for Russia in the six-month-long war in Ukraine.

They want Putin to escalate the war, use more devastating weapons, and hit Ukrainian civilians even more mercilessly. And they’ve openly attacked the Russian military and political leadership for supposedly holding back Russia’s full might—even as they rarely mention Putin by name.

Their push to escalate the war, including widespread demands to use nuclear weapons, is dangerous in itself. But by creating a fantasy world in which a supposedly all-powerful Russian army is being defeated by domestic enemies—instead of by superior Ukrainian soldiers fighting for their own land with modern tactics and Western weapons—the movement has potentially disturbing implications for a postwar and possibly post-Putin Russia.

In fact, the narrative sounds a lot like the Dolchstosslegende, the German

“stab-in-the-back” conspiracy theory that blamed the country’s defeat in World War I on nefarious enemies at home, including Jews. This narrative of military defeat became an integral part of the propaganda that brought the Nazis to power. 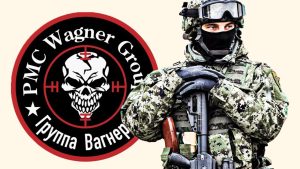 Some are soldiers or mercenaries fighting in Ukraine, and their channels have doubled as recruitment tools. Others already had a modest following before the war by promoting different causes, some obscure but mostly nationalist or right-wing issues: restoring the Soviet Union’s rule over Eastern Europe, building a new Russian empire, or promoting “Russia for the Russians.”