Tim Marshall is the author of The Power of Geography and Prisoners of Geography, published by Elliott & Thompson.

This article appeared in last Saturday’s Daily Telegraph. It summarises succinctly a number of extremely complex geopolitical issues. The Daily Telegraph is proving itself adept in this field. 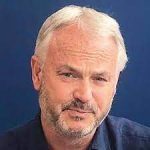 War reveals many things, mostly tragic. Among them is how geography continues to have the power to cause conflicts, and to influence both how they are fought and their terrible consequences. The Ukraine–Russia conflict now takes its place in a grim pantheon of examples.

Between Russia and the rest of Europe are the Carpathian Mountains. Europe’s third-longest mountain range rises in southern Poland and swings southwards in an arc before petering out in Romania. After that the flat land runs down to the Black Sea. Throughout history, if a large army wanted to approach Russia from the west, the Carpathians stood in the way, forcing it to skirt south or north around the range, more usually north. This northern flat land is called Poland – it is the narrowest point of the North European Plain, which stretches all the way back to France. Once an invading army heads east through Poland, the plain widens again all along the Russian border. 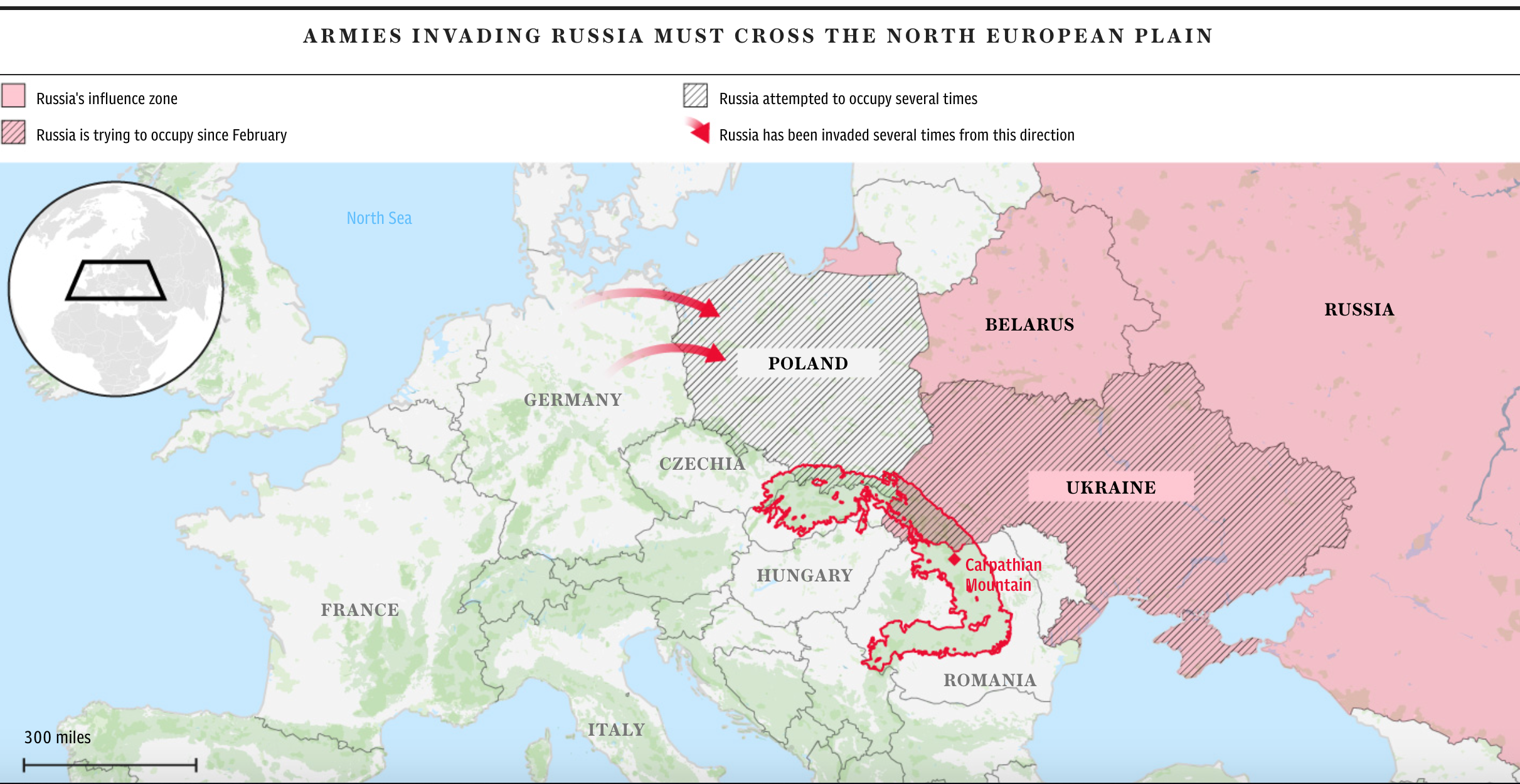 Russia has been invaded several times from this direction, most famously by Napoleon’s army in 1812 and Hitler’s in 1941. Therefore, Russia has repeatedly tried to plug the gap – to occupy Poland, most recently during the Cold War. Failing that, the fallback position is to occupy or control the land immediately in front of that as a buffer zone – Belarus and Ukraine.

Russia also always seeks access to a warm-water port. To the north, its navy is hemmed in by the ice pack for part of the year, and forced to navigate in a constricted space when sailing out of the Baltic Sea and through the Skagerrak Strait to reach the North Sea.

Putin has been able to use this history and geographic weakness to garner support at home, playing on his country’s collective memory and fears of the outside world.

In 2014 Russia occupied a sliver of Ukraine as a thin buffer zone and annexed Crimea to ensure it would have the warm-water port of Sevastopol in perpetuity, as opposed to on loan. In 2022 it felt strong enough to try to take the rest. 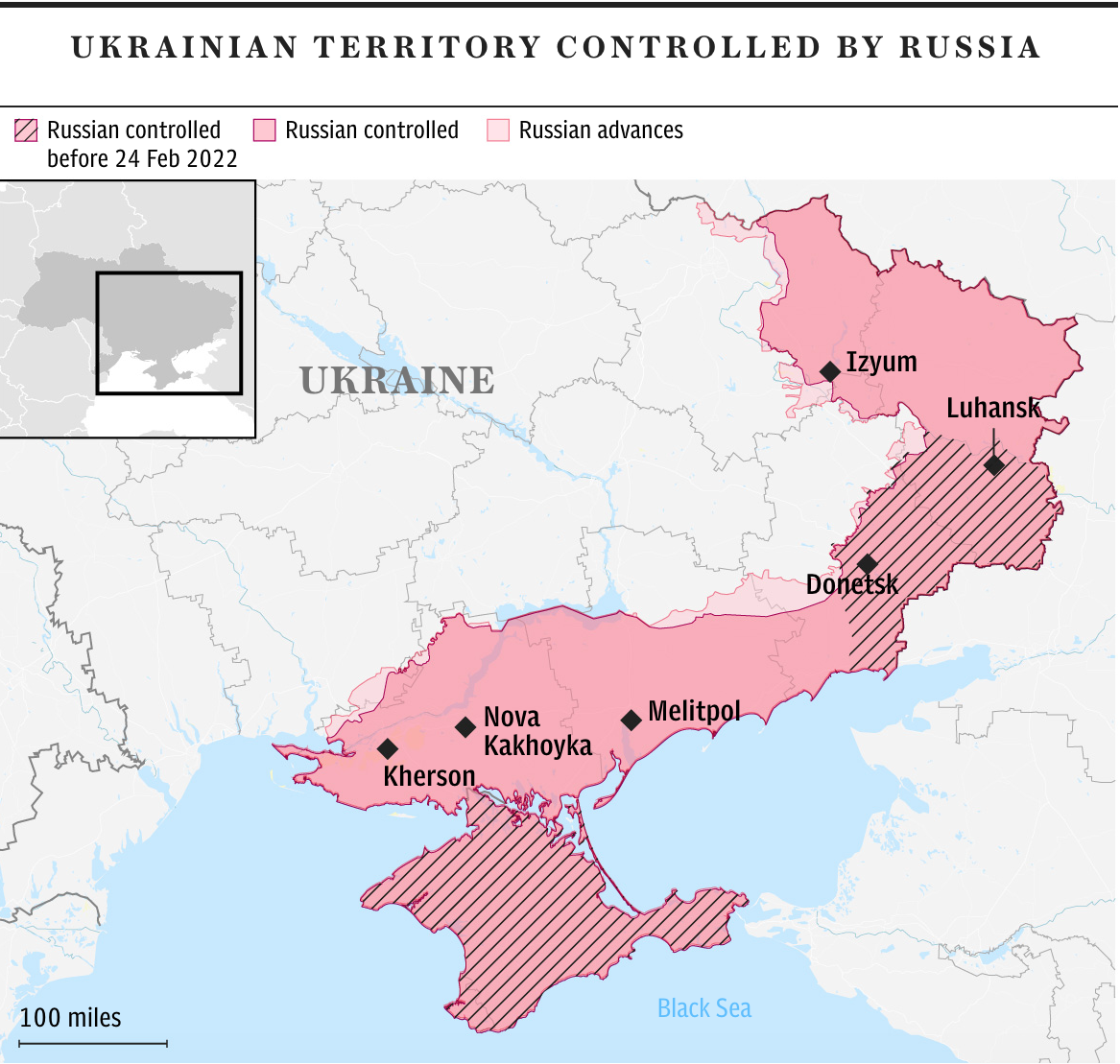 The war brought Russian forces into Belarus and towards the Polish border. It also positioned them next to the Suwalki Gap – a short border of just 40 miles between Poland and Lithuania. At one end lies the Russian exclave of Kaliningrad, home to 15,000 Russian troops; on the other lies Belarus. If they were able to close the gap, even with Finland and Sweden as Nato members, Lithuania, Latvia and Estonia would effectively be cut off, as it is the only land route through which Nato can reinforce the three lightly armed Baltic states.

Russia’s presence in Belarus also means direct access to Poland across a wide front. Its forces in the region usually sit just inside Russia at the Smolensk Gate, a 50-mile-wide territory between the Dzwina and Dnieper river systems. Military forces moving into or out of Russia are often channelled through it. Now the Russian army that normally guards the gate can move forward through Belarus, which makes Poland and other countries nervous. 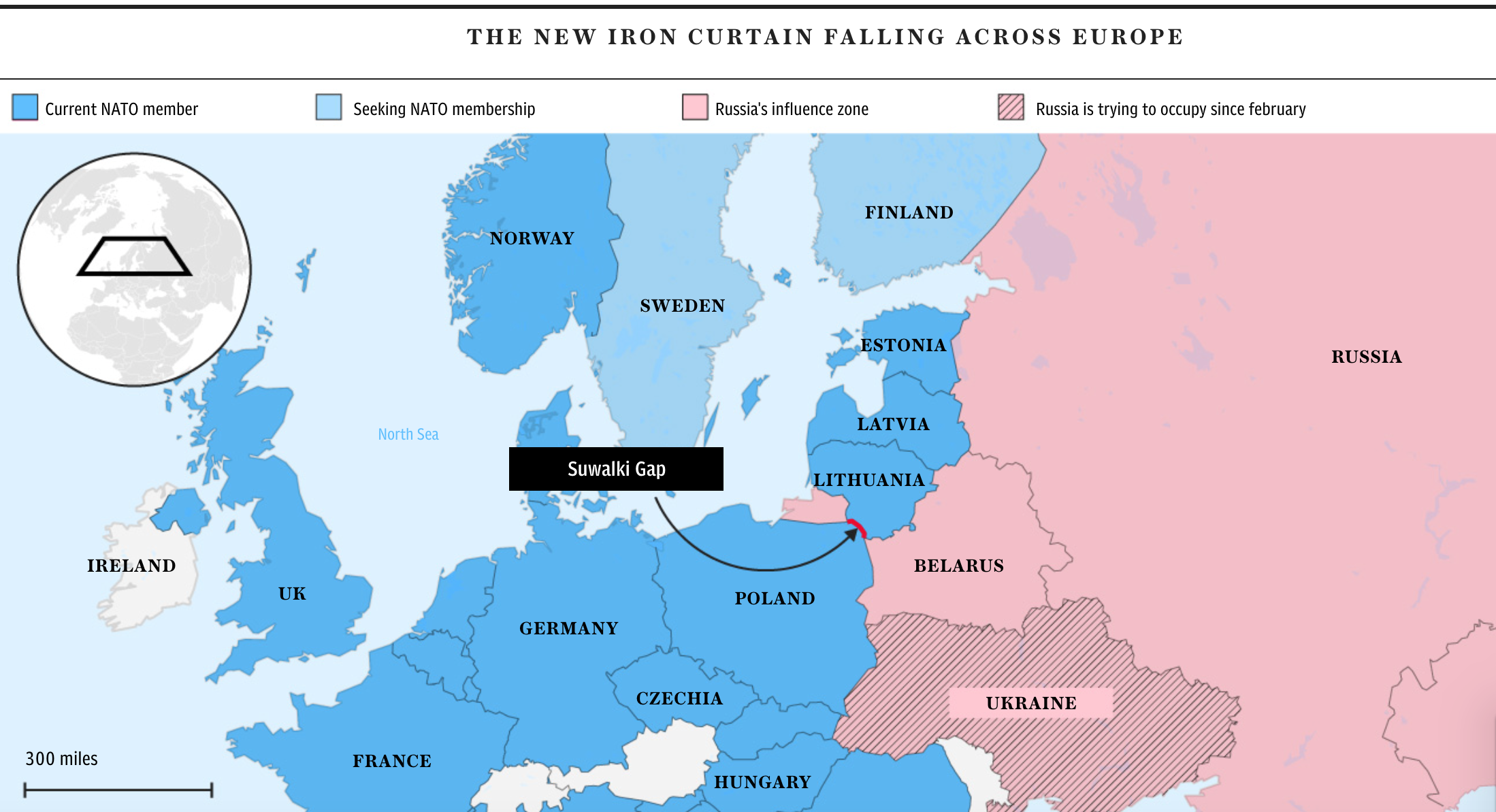 But despite these positions of strength, the Kremlin is discovering that the law of unintended consequences is rarely more applicable than during war. Putin had expected Nato and the European Union to split between hawks and doves. Instead, Nato has rediscovered its raison d’être and the EU has mostly come together.

The ramifications have been dramatic. Germany has cast off the post-war guilt of the past 75 years and toughened up, cancelling Nord Stream 2, the massive gas pipeline project between Germany and Russia and committing to spending more on defence. Hungary has also been forced into making a choice: between Moscow or Brussels.

Hungary is close to Russia, so has a strong pull, magnified by the attraction for Hungarian Prime Minister Viktor Orban of a fellow ‘strongman’ nationalist. But geography and history are also at play. After the First World War, the Austro-Hungarian Empire was dismembered, with whole regions transferred to other countries. Among them was Transcarpathia, which had been under Hungarian control for a thousand years. It ended up in what is now Ukraine, on the border with Hungary. About 150,000 ethnic Hungarians live in what is called Zakarpattia Oblast, and there have long been tensions over their right to use their native language.

Budapest’s preferred option is to regain what it considers unjustly ‘lost lands’, but not to the extent that it lays legal claim to Transcarpathia. Nevertheless, the combination of history and dependency on Russian energy has dictated Hungary’s policy response to the war next door.

About 65 per cent of Hungary’s oil and 75 per cent of its gas imports come from Russia and it has refused to join the sanctioning of Russia’s energy sector: just this week it agreed to pay an outstanding bill owed by Russia’s oil pipeline operator to the Ukrainian authorities. Hungary has also been unwilling to provide military aid to Ukraine and will not allow Nato weapons to transit through its territory en route to Ukraine – ostensibly to protect Transcarpathia and the Hungarians living there.

Long-threatened administrative procedures to cut EU funding to Hungary, due to its standards on the rule of law, were finally launched after Budapest failed to join the rest of the EU in condemning Putin’s war of choice. In the long term, the Hungarian political class will have to choose between who they think is the better long-term partner for their country.

On flow the consequences. A new Iron Curtain is being drawn across Europe, stretching from the Baltic to the Black Sea. Turkey was drifting out of Nato, but now, seeing a Russia bent on dominating the Black Sea basin, it knows its best bet to resist this is to remain in the alliance.

The theoretical line of this new division in Europe can be drawn further – along the borders of Iran and the Central Asian republics, and all the way down to the China Sea. On one side are the industrialised democracies, most of which have the USA as their ultimate security guarantor; on the other are authoritarian states, mostly dominated by China. India is fence-sitting for now – slow to condemn Russia’s war of aggression because it wants to keep Moscow onside – but will find that harder if a major crisis between the democratic nations and China erupts.

The knock-on effects of Putin’s violence have been felt all over the world and not just in terms of geopolitical relationships. Russia and Ukraine are major producers of wheat; 26 countries rely on them for more than half of their annual imports. The war has resulted in shortages and price rises in the very countries that can least afford them. The Grim Reaper invades Ukraine, and children in Egypt and Yemen go hungry. Why? The power of geography.