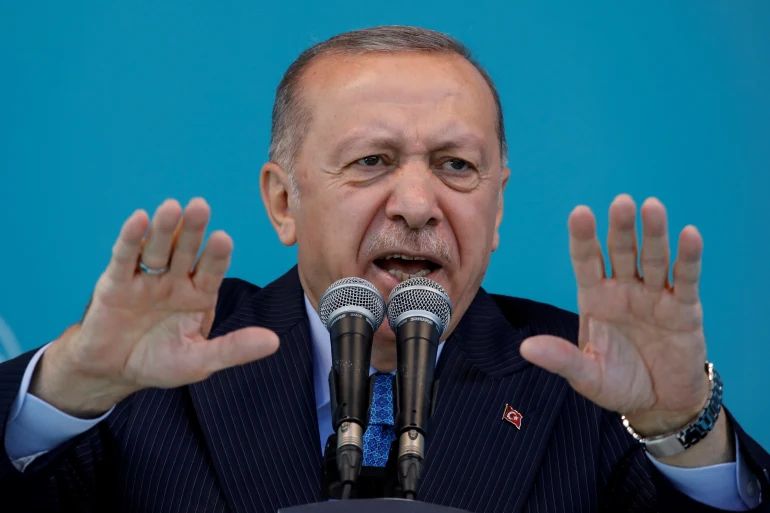 The award-winning Al-Monitor Washington-based website has been more on the ball than most about just how troublesome President Erdogan of Turkey intends to be about bringing Sweden and Finland into NATO. He can veto them unless he gets the price he wants, whch mostly includes the expatriation of his Kurdish PKK exiles in, mainly, Sweden.

But Al-Monitor, with its excellent reporters and contacts across  the region, notes that Erdogan has the whole of the EU in his sights for their generally unhelpful attitude on this matter, and constant criticism of his human rights record, and of buying Russian weapons…Also Erdogan is no longer on speaking terms with the Greek prime minister Kyriakos Mitsotakis .

Not bady written either: see No, things aren’t ok Joe.  The article also throws in how pleased Putin is about this NATO contretemps, and a reminder that Erdogan is also preparing another incursion into Syria.

“Turkey’s pro-government news channels are already beating the war drums,” wrote Amberin Zaman and Jared Szuba.  “Ahaber showed footage today of Syrian National Army fighters armed and trained by the Turkish military carrying out what the broadcaster claimed were exercises in preparation for the new operation.”

Ankara’s 2019 operation, dubbed “Peace Spring”, was the third of its kind in northern Syria and created 300,000 refugees.