A Czech with balance – Johnny Krčmář 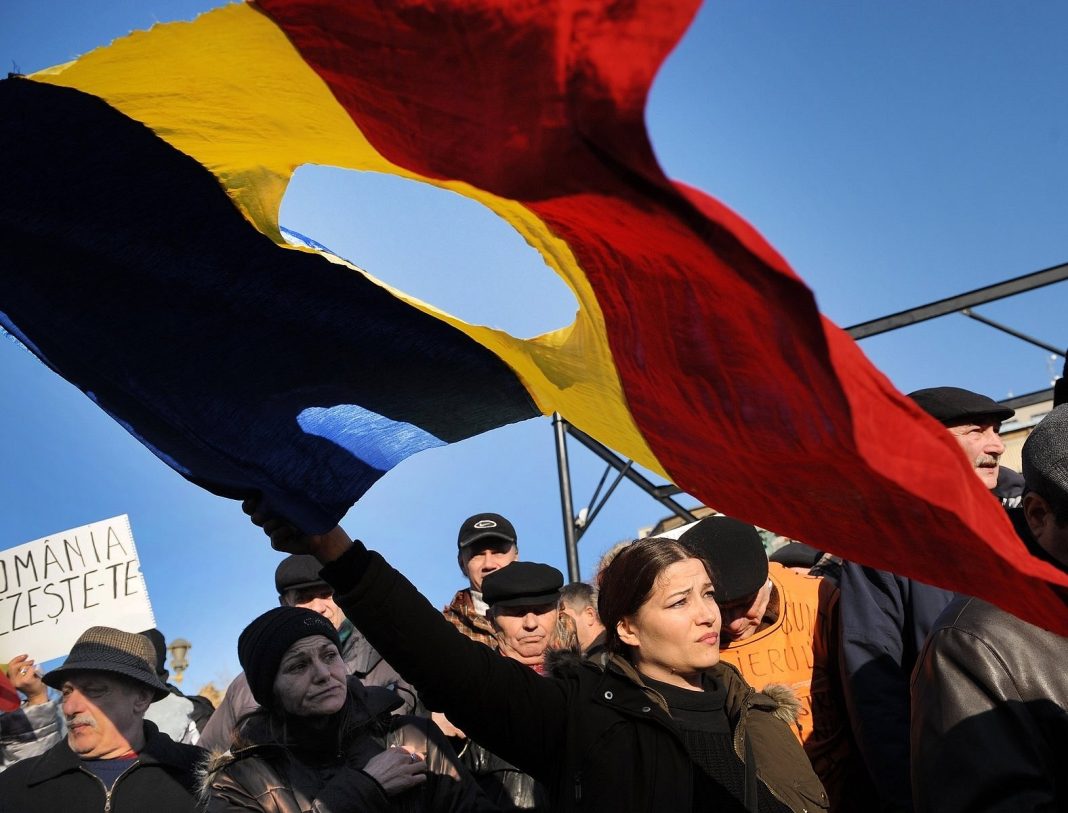 A Czech with balance

My old (actually oldest) friend, “Johnny” died a few days ago. Today I am already late for the party Jan Krčmář  wanted to be held for friends and family to celebrate his life, at a Heuriger near where he lived. His boss at the Reuters office in Vienna used to say: “Johnny even coughs in English”, which was unusual for a Czech, but hit the mark. So did his unmistakably middle-class English, stoical, way of telling his extraordinary story.

It is one in which I had a walk-on part, using political connections (known hereabouts as “Vitamin B“) to ensure he did not have to join the dissident Charter movement after 1968 – “the Nomenklatura‘s kids”, he said contemptuously – which would have made everything easier.

Nothing is a better antidote to “Real Existing Socialism” than having to live in it.

As it was, when he was finally allowed to leave Czechoslovakia, I think by then stateless, everything in the removals van was checked, even the socks the family were wearing had to be noted down and verified. It was also necessary to find a “black”, i.e. non-socialist, Vienna district which would not block his acceptance. But that was nothing compared to the troubles he had to manoeuvre, described in a typically down-to-earth video interview he gave to OtherEurope in 1988, in which he also shows off that discreet, unassuming, punctuational cough he’d learned at school in London, where was father was a diplomat until the end of the war:

I have been fortunate enough also to know Johnny’s witty wife Petra and their two clever daughters, and especially their son, another  Jan, encouraging him to become the invaluable helper and occasional correspondent for the New York Times correspondent in Prague, though he has since moved on to become a leading light in alternative energy in the (now) Czech Republic.

Reuters had this to say in its obituary for a charming and utterly dependable colleague: Jan Krčmář was a Cold War correspondent in Eastern Europe for three decades from the Prague Spring uprising to the Romanian revolution and more. Krčmář was the son of a Czech diplomat who was posted in London when the Second World War broke out, and the family stayed there for the duration. His time there gave him a polished command of English.

On return to Prague, the father lost his job, and Krčmář was sent by the new Communist regime to work in a steel mill to learn proletarian ways. After de-Stalinisation, he could take up more suitable work as a translator. Known to Reuters colleagues as Johnny, he joined after working for the Czechoslovak national news agency CTK, for whom he covered the 1968 Warsaw Pact invasion to forcibly end the reform movement led by Communist leader Alexander Dubček.

Fifty years later he recalled: “It was completely irrational. Nobody knew what was happening. I lived one street above Czechoslovak Radio and I was woken up by my next-door neighbour who said ‘The Russians are invading us!’ and I thought, she’s an old lady, she probably listened to the radio and God knows what she heard, but then I heard the sound of big airplanes flying right over our house in the direction of the military airport in Kbely and they were coming in two-to-three-minute intervals. So I switched on the radio and the first thing I heard was a statement in bad Czech saying that the armies of the Warsaw Pact had come to the assistance of Czechoslovak patriots.”

Krčmář was again at the centre of the action more than 20 years later, this time in the Romania of Communist dictator Nicolae Ceausescu.

When the anti-Communist revolution took off in the border town of Timisoara in mid-December 1989 and Ceausescu’s pervasive Securitate forces moved violently to hold the lid down, Reuters threw as many reporters it could find into the field, Richard Balmforth recalled.“I was tapped on the shoulder since I had been on reporting assignments in Romania from Belgrade some years earlier and was deemed to know the lie of the land.

“When I drove into Bucharest after an eventful night in Timisoara that Christmas weekend, I found Jan ‘Johnny’ Krčmář, a veteran of Czechoslovakia’s Prague Spring uprising of 1968, already entrenched in the Intercontinental Hotel which was slowly filling up with the world’s media and would soon be bursting at the seams.

“I had been stopped several times at roadblocks by vigilante groups looking for Ceausescu’s men. I had heard gunfire. Johnny had seen far more excitement en route from Vienna. He had arrived in a private two-passenger light plane and just made it before the airport was closed. Sections of the army were still trying to decide which side they were on, so when he landed, and with gunfire crashing in the background, he was escorted by the army first to the Austrian embassy. There he sweet-talked the ambassador herself into punching out his story on telex from his handwritten text (there was a security issue prohibiting non-embassy staff actually touching the keys). It was Reuters’ first story out of revolutionary Bucharest!”

Krčmář had pre-booked rooms for incoming reinforcements. He had also set up an office in the Intercontinental Hotel and – crucially – hired a local journalist to work for Reuters – Adrian Dascalu, who with his wife Roxana went on to become a mainstay of the Bucharest office for some years after. ■

This is a memory from ROXANA DASCALU, FORMER CORRESPONDENT 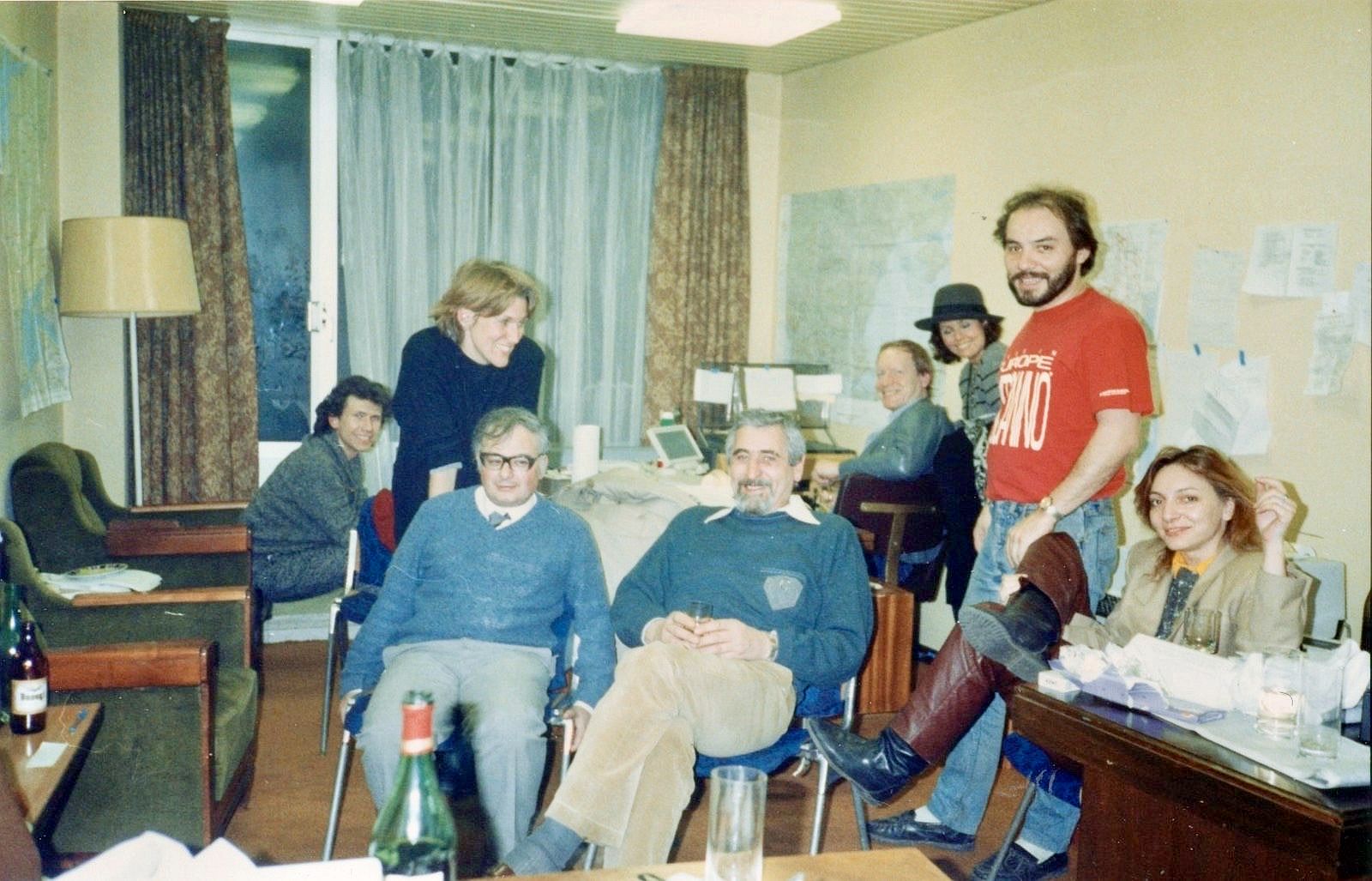 Johnny, my mentor and my friend, took us into Reuters from The Cold, way back when, in December 1989.

We are gathered around him in this rare picture. He is smiling his gentle and humorous smile in the midst of us, in the midst of it all. The picture was taken in the first Reuters office in the Hotel Intercontinental in Bucharest, Romania, in January or February 1990.

Johnny was already a legend – a warm, kind, modest man, plus an exquisite journalist.

When the Soviets (Russians) invaded Prague in August 1968, he was writing for the Czech news agency CTK. He wrote the last dispatches …”they have taken the television tower, … they are entering our building, … they are now in my office…” What a great way to sign off a live report!

Much of what I have learned as a journalist I owe to him, and I also owe a great debt of gratitude to my friend Johnny.

After retiring from Reuters, he returned to Romania and helped to launch the Romanian equivalent of the Financial Times, Ziarul Financiar. He earned the admiration and love of the Romanian journalists he trained, and some are among the brightest ones.

Johnny passed away early on Saturday, peacefully, without pain, in Vienna, where he lived with his wife Petra. He was 89.

May God rest his good soul!

I’ll drink a glass to our friendship and to his memory.

I thought, somehow, he was immortal. And he truly is. For as long as I live.

RIP dear Johnny! See you among the stars!

PHOTO: Hugh Pain in the back of the picture, Johnny in the middle, yours truly to the right. The blonde lady is Irina Ghika-Bossy, from the French desk in Paris, and the man with a dark beard is Laurentiu Ciobanica, our colleague who left for Switzerland in 1990. The lady with the hat is Barbara, Hugh’s American friend at the time. The little man next to Johnny is Andrei (can’t remember his surname), a technician from the Romanian news agency Agerpres. The man in the armchair is unbeknownst to me

My former colleague at The Independent, Julian Nundy (AEJ France), remembers Jan’s arriving to work with him in Moscow. “So this is the Communist Mecca,” he said drily.