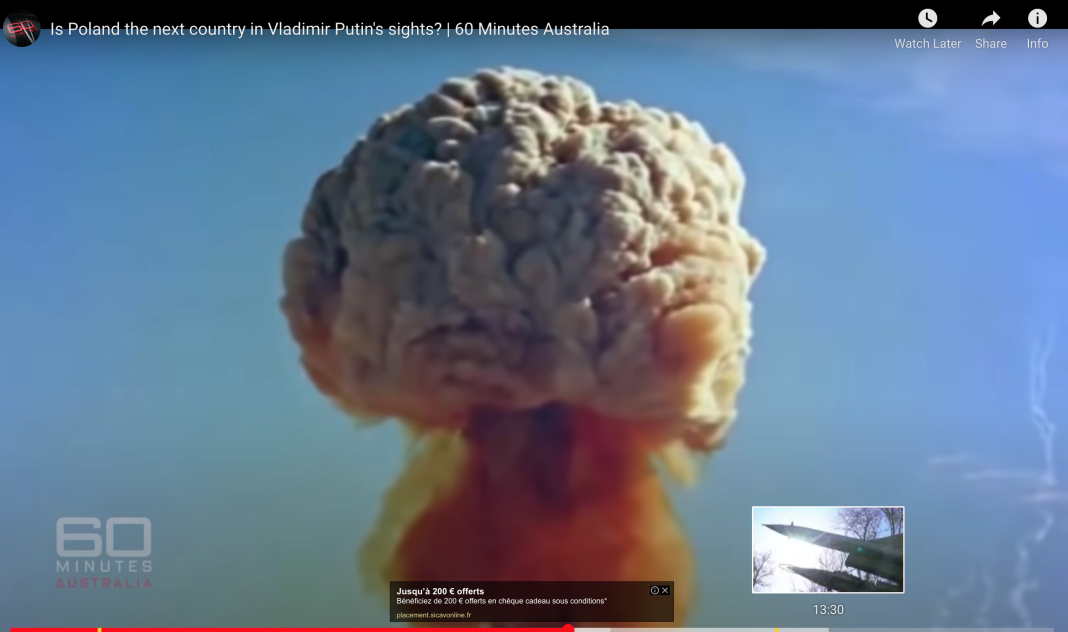 History has taught Poland almost instinctively to know when it is under threat and right now this fear is gripping the nation. It has been invaded more than any other European country. The last time it was Russia at the beginning of World War II and Poland stayed under its control for the the next four decades.

Six weeks into Russia’s invasion of Ukraine, Vladimir Putin’s armed forces have distinguished themselves not by their skill but by their savagery. The dictator’s soldiers have committed horrific war crimes against hundreds, and more likely thousands of innocent civilians. But while he watches Ukrainians suffer, Putin is also planning his next moves. And it’s here his weapons of choice are secrecy and surprise. Across Ukraine’s western border, the people of Poland fear they’re the next to be targeted. But as Nine News correspondent Mark Burrows reports, if the Russian leader thinks the Poles are unprepared for battle, he should think again.