Khodorkovksy – Putin a thug with only two options left 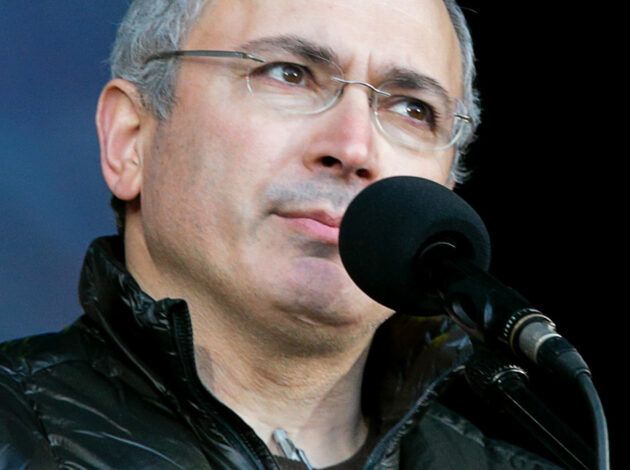 “Realizes there can be no military solution”

A month since Putin launched its invasion of Ukraine, Putin has come to understand that “there can be no military solution here,” exiled Russian oilman and intellectual Mikhail Khodorkovsky told Deutsche Welle in a major interview.  Khodorkovsky, 58, says the West had not understood that Putin was “a thug” of the type he had met during 10 years in prison – he could not be resisted except by showing the West was tough enough to resist him.

“Putin is stuck when it comes to the military operation,” he told his interviewer. “Putin has two options now: Either he escalates things, which could mean either introducing mobilization or using tactical nuclear weapons, or he can stabilize the situation and begin peace talks in earnest.”

Now in exile in London, Khodorkovsky stressed the importance of a unified Western position. “The West’s position needs to be clear, meaning comprehensive support for Ukraine if the war continues and in case Putin uses tactical nuclear weapons or other weapons of mass destruction.

“That sort of clear position from the West will, let’s say, help Putin make the right decision.”

Khodorkovsky said removing Putinism would take a long time. He had recently been in Germany, and asked people old enough to remember how long it had taken before it was realised Hitler had been an evil murderer. The mood did not really turn until “around 1968”, he said.

♦  AEJ 31/03/22 Putiny: clouded judgement of a despot causing revolt amongst the ranks