Putiny: how the clouded judgement of a despot is causing revolt amongst the ranks 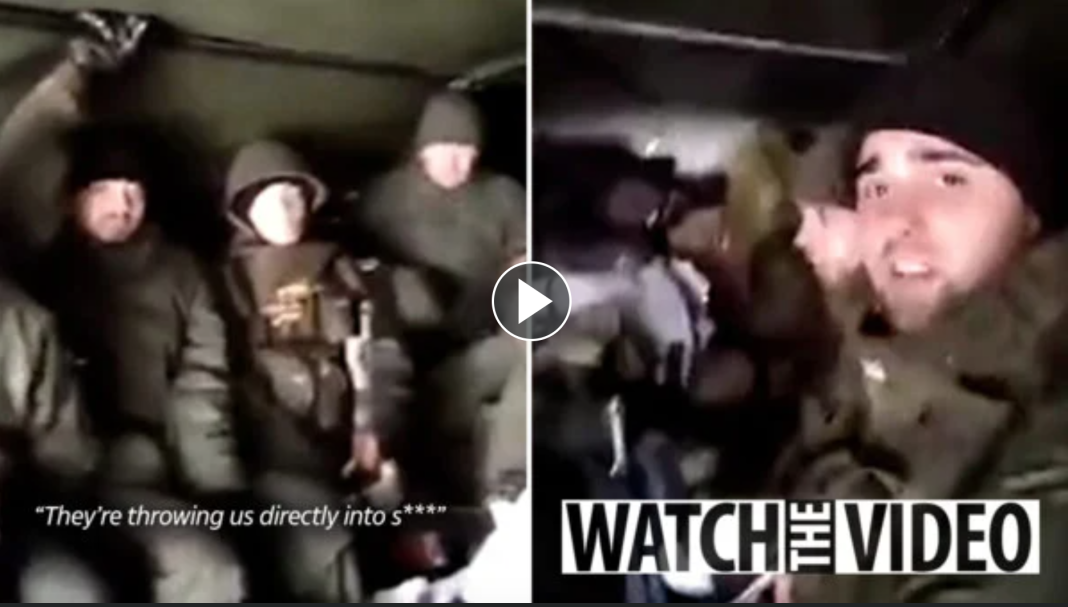 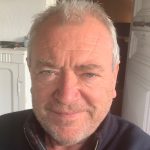 You may be wondering why there have been no amphibious landings performed by Russia’s fabled marines. Well, there have been: but only one, and it turned out to be a very damp squib. The battle plan was to make a bold and early strike on Odesa, blow up the harbourside and create a short chapter of mayhem, as an opening gambit before taking control of the Black Sea.

Alas, it was a night drop and they cocked up the zone. Russia’s finest special forces were dropped into the Black Sea a couple of mile short of the target. Many of them died. The Black Sea in winter is a hostile place and they were not meant to be dropped fully laden two miles off-zone. Since then sources say the marines have been on strike “until they see some semblance of strategic vision” at the helm of this ham-fistedly prosecuted war.

“When the airborne divisions chuck in the towel it is usually because there is a logistical problem, they know they are jumping to certain death or they realise their side has lost. In this case it’s a mixture of the first two,” said a military source.

Meanwhile, behind the scenes Ramzan Kadyrov’s Chechen forces have been used behind the Russian lines to shoot Russian deserters. Western officials say they have slaughtered “hundreds” of Russians, killing anyone who refuses to attack or runs away. “They are known as Putin’s ‘guard dogs’ and are being used to instil discipline,” said an intelligence source. Kadyrov is President of Chechnya and is an honourary lieutenant general in the Russian army. He and his forces fought in Georgia, Crimea and Syria for Putin.

Russia’s defence minister is ensconced in a nuclear bunker in the Ural mountains, according to investigators, after weeks of speculation about his conspicuous absence. Flight data shows that Sergei Shoigu has been travelling to and from bunkers 1,000 miles east of Moscow since the start of the invasion, as the threat of nuclear war reaches its highest level in decades.

Shoigu, 66, who is one of the chief architects of the invasion, was not seen in public for over a fortnight until last weekend, when he appeared chairing a meeting on Russia’s weapons budget. Wherever he is, he seems to be a very long way from his troops.

Last week a Russian tank commander was run over and killed by his own troops amid mounting concerns about needless losses and useless leadership. Colonel Yury Medvedev was in command of Russia’s 37th Motor Rifle Brigade, which had been fighting on the outskirts of Kyiv and suffered a casualty rate of more than 50%.

Western officials believe up to one-fifth of Russia’s original invasion force, which comprised an estimated 20 battalion tactical groups, is “no longer combat-effective” – a high degree of losses, reflecting the botched invasion and fierce Ukrainian fightback.

Seven Russian generals have been killed in the fighting, which has also led to several thousand Ukrainian military fatalities and civilian casualties. The latest official UN figure for civilian deaths is 1,081 but that is almost certainly an underestimate of one week ago.

Otto von Bismarck once said that only a fool learns from his own mistakes. “I learn from other people’s,” the 19th-century German chancellor said. Astonishingly, the Russian army seems to be repeating the mistakes of its Soviet predecessor. In April 1945, Marshal Georgy Zhukov, under intense pressure from Stalin, sent his tank armies into Berlin without infantry support.

Putin’s forces even copied the way their forebears had attached odd bits of iron—including bed frames—to their tanks’ turrets in the hopes that the added metal would detonate anti-tank weapons prematurely. This did not save the Russian tanks. It simply increased their profile and attracted Ukrainian tank-hunting parties, just as the Soviet tanks in Berlin had drawn groups of Hitler Youth and SS, who attacked them with Panzerfausts.

“It has clearly affected his military approach. Tanks were a great symbol of strength during the Second World War. That Putin can still see them that way defies belief. The vehicles have proved to be profoundly vulnerable to drones and anti-tank weapons in recent conflicts in Libya and elsewhere; Azerbaijan’s ability to destroy Armenian tanks easily was essential to its 2020 victory in the Nagorno-Karabakh region,” writes Beevor in a recent article for The Atlantic.

On the subject of mutiny and incompetence Britain’s spy chief Sir Jeremy Fleming said on Wednesday that Putin had “massively misjudged” the invasion of Ukraine, claiming that Russian soldiers were refusing to carry out orders, were sabotaging their own equipment and had mistakenly shot down their own aircraft.

Fleming is head of Britain’s signals intelligence agency GCHQ. He said Putin had “overestimated the abilities of his military to secure a rapid victory” and that his advisers were “afraid to tell him the truth” about a campaign that was “beset by problems”.

“We’re now seeing Putin trying to follow through on his plan. But it is failing. And his plan B has been more barbarity against civilians and cities,” Fleming said in a speech to the Australian National University. “We’ve seen Putin lie to his own people in an attempt to hide military incompetence.”

Fleming said Russian soldiers who were rejecting orders and damaging their own equipment were “short of weapons and morale.” He added: “It increasingly looks like Putin has massively misjudged the situation.

“It’s clear he misjudged the resistance of the Ukrainian people. He underestimated the strength of the coalition his actions would galvanise. He underplayed the economic consequences of the sanctions regime.”

US officials concurred that Putin aides were withholding information from the president. “We believe that Putin is being misinformed by his advisers about how badly the Russian military is performing and how the Russian economy is being crippled by sanctions,” a US official said.

Mercenaries, including the Russia-backed Wagner Group known as Putin’s Army, were sending more foreign personnel to the region. “These soldiers are likely to be used as cannon fodder to try to limit Russian military losses,” said the British spy chief.

“Yet Putin seems to have learned as little as he has forgotten,” says Beevor, sounding out more historical parallels. In August 1968, the Warsaw Pact forces entering Czechoslovakia were told by their political officers that they would be welcomed as liberators. They found themselves cursed, out of fuel, and hungry. Morale was shattered. Putin’s control of domestic media can hide the truth from most of the Russian population, but his conscripts, forced now to sign new contracts to turn them into volunteers, are all too aware of the reality.

“His treatment of his own people is as pitiless as his treatment of his enemies,” says Beevor, the British military historian and publisher of many bestselling books, including Stalingrad. “The army even brought a mobile crematorium to Ukraine to dispose of Russian casualties in order to reduce the body-bag count going home. Putin’s Soviet predecessors had a similar disregard for their troops’ feelings. In 1945, the Red Army faced a number of mutinies. Frequently treated with contempt by officers and political departments, soldiers were ordered out at night into no-man’s-land not to retrieve the bodies of fallen comrades, but to strip them of their uniforms for reuse by replacement troops.”

Institutional corruption across the government has affected everything, with officers profiting from the sale of spare parts and ignoring logistic support in favour of prestige projects. Ukrainian defenders are destroying Cold War–era Russian T-72 tanks like ducks in a row.

Elite units, paratroopers, and Spetsnaz special forces still exist within the Russian military, but they can achieve little on their own in the chaos of bad command and control. The lack of foresight involved in the introduction of the Russian army’s new Era encrypted-communications system would have been much harder to believe in the more rigorous Soviet days, when such mistakes were severely punished. Supposedly secure, it relies on 3G towers—which Russia destroyed when it invaded Ukraine. Because the system is simply not working, Russian officers have to communicate in open speech by cellphone, as gleeful Ukrainian volunteers listen in.

“Against all prewar expectations, though, a Russian military collapse also looks possible. A complete disintegration of morale could lead to a humiliating withdrawal, a potentially devastating result of Putin’s inability to part with the Soviet past,” says Beevor.

Meanwhile eavesdroppers at Britain’s GCHQ continue to pick up chatter of mutiny and discord in the ranks by intercepting phone calls, messages and emails shared by retreating plananxes of Russian troops. But on the subject of retreat and what happens next, Zelensky remains unconvinced by Russian rhetoric: “We do not believe anyone — we do not trust any beautiful verbal constructions.”