U.S. intelligence suggests that Putin’s advisers misinformed him on Ukraine 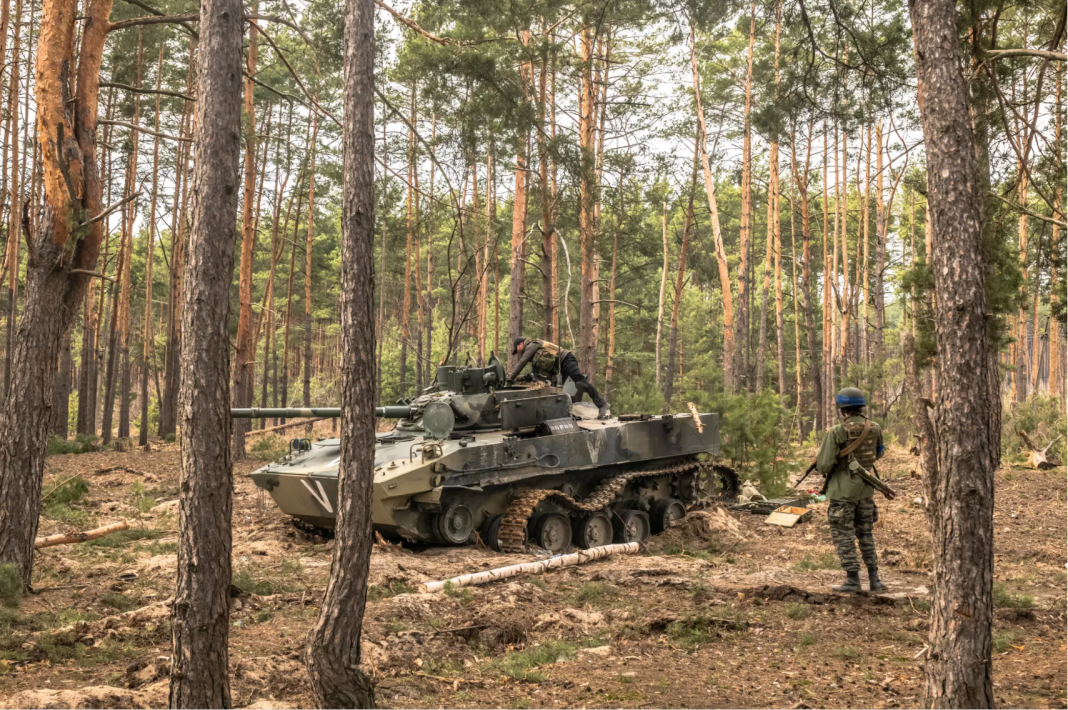 The intelligence, according to multiple U.S. officials, shows what appears to be growing tension between Mr. Putin and the Ministry of Defense, including with the Russian defense minister, Sergei Shoigu, who was once among the most trusted members of the Kremlin’s inner circle.

Speaking in Algiers, Secretary of State Antony J. Blinken acknowledged Mr. Putin had been given less than truthful information from his advisers.

“With regard to President Putin, look, what I can tell you is this, and I said this before, one of the Achilles’ heel of autocracies is that you don’t have people in those systems who speak truth to power or who have the ability to speak truth to power,” Mr. Blinken said. “And I think that is something that we’re seeing in Russia.”

In a news conference on Wednesday afternoon, a Pentagon spokesman, John F. Kirby, said that the Defense Department believed that Mr. Putin has not had access to an accurate account of his army’s failures in Ukraine.

“We would concur with the conclusion that Mr. Putin has not been fully informed by his Ministry of Defense, at every turn over the last month,” Mr. Kirby said.

“If Mr. Putin is misinformed or uninformed about what’s going on inside Ukraine, it’s his military, it’s his war, he chose it,” Mr. Kirby said. “And so the fact that he may not have all the context — that he may not fully understand the degree to which his forces are failing in Ukraine, that’s a little discomforting, to be honest with you.”

Other American officials have said that Mr. Putin’s rigid isolation during the pandemic and willingness to publicly rebuke advisers who do not share his views have created a degree of wariness, or even fear, in senior ranks of the Russian military. Officials believe that Mr. Putin has been getting incomplete or overly optimistic reports about the progress of Russian forces, creating mistrust with his military advisers.

Mr. Putin seemed genuinely unaware that the Russian military had been using conscripts in Ukraine, and that drafted soldiers were among those killed in action, according to the U.S. officials. Mr. Putin’s ignorance showed “a clear breakdown in the flow of accurate information to the Russian president,” according to a U.S. official, who spoke on the condition of anonymity to discuss the declassified, but still sensitive, material. There “is now persistent tension” between Mr. Putin and the Defense Ministry, the official said.

The American intelligence assessment also said that Mr. Putin had an incomplete understanding about how damaging Western sanctions had been on the Russian economy, officials said.

The war continues to go poorly for Russian forces. Ukraine’s military has not only held its own but also begun counterattacking. Some U.S. officials believe that senior Russian officials are wary of delivering truthful assessments — potentially afraid that the messengers of bad news will be held responsible for the battlefield failures.

The Russian military’s stumbles have eroded trust between Mr. Putin and his Ministry of Defense. While Mr. Shoigu had been considered one of the few advisers Mr. Putin confided in, the prosecution of the war in Ukraine has damaged the relationship.

Mr. Putin has put two top intelligence officials under house arrest for providing poor intelligence ahead of the invasion, something that may have further contributed to the climate of fear.

With evidence of Mr. Putin’s frustration growing, the United States has in recent weeks been building up an intelligence case that he had not been getting accurate assessments from the Ministry of Defense and other senior officials. The U.S. officials believe that Mr. Putin is continuing to be misled and that senior advisers are unwilling to tell the truth.

What American intelligence sources there might be in the Kremlin is a tightly held secret. But since Russia began its troop buildup along Ukraine’s borders last year, U.S. intelligence officials have accurately predicted Mr. Putin’s moves.

The declassified information was reported earlier on Wednesday by The Associated Press.

Russian forces announced a shift in their posture around Kyiv, the Ukrainian capital, on Tuesday, though American officials voiced skepticism that Russia was stopping its attacks as a peace gesture. Rather, some believe the moves are a further sign that Russia is adjusting its failing strategy. It is also possible that the shifting strategy is a sign of dysfunction and miscommunication in the upper ranks of the Russian Defense Ministry.