The weaponisation of rape 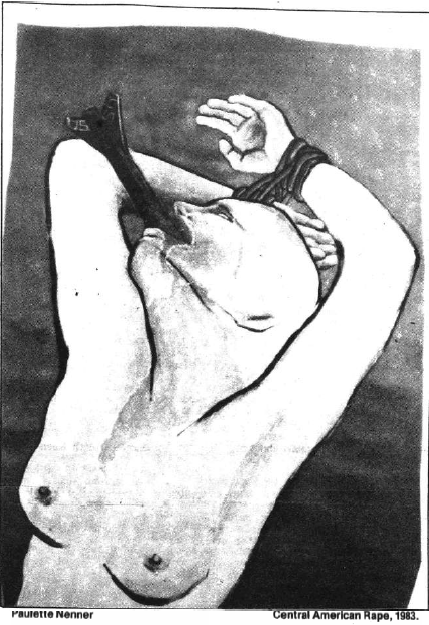 We hear and see a lot about the bravery of the Ukrainian people and so we should. We comfort ourselves with stories of the demoralisation of Russian soldiers. They are, apparently, mutinous, clueless and running out of supplies of both food and fuel. They have been sold a lie that they are liberators .

No matter, they are doing what modern or indeed very old-fashioned warmongers do: they destroy the morale of a people not just by razing cities to the ground but by raping and torturing women, in the presence of their husbands; in the presence of their children. Reports have been coming in since the beginning of March about gang rapes, often of old women who are then murdered or who take their own lives afterwards. Maria Mezentseva, a Ukrainian MP, raised a recent case in Boravry, a suburb of Kyiv, where a women was raped in front of her child after her husband was shot in front of them. Ukraine, she said, would “not be silent “ about such crimes.

In the World War II advancing Russian soldiers raped German women. The Japanese sexually enslaved women in camps, but it wasn’t really until the 1990s – when rape was used chiefly by the Serbs as an instrument of ethnic cleansing in the former Yugoslavia and then later as an instrument of genocide in Rwanda (Tutsi women were systematically raped by HIV infected men recruited by the Hutu government) – that anyone has really been held accountable for this.

The Geneva Convention of 1949 had a clause about protecting women but it wasn’t until 1993 that the international community began to see it as a strategic war crime. By 1995 it was declared so by the UN and prosecutions began.

What the coming together of international tribunals after the fact means on the ground now I don’t know. While we are focused on Ukraine, appalling acts are going on in Tigray, Ethiopia, every day. I don’t know how many details I can go into here. I don’t want to write them and you won’t want to read them. The ongoing civil war in this part of Ethiopia between the Tigray Defence Forces and Ethiopian National Defence Forces among various other armies and regional militias has seen attacks on civilian infrastructure and appalling sexual violence perpetrated on women and girls.

Sexual violence in war is a concerted attempt to degrade and terrorise the enemy. Women are assaulted in public and left with severe, often fatal, internal injuries in places where there are no medical supplies. Their traumatised children, often mute in shock, try their best to look after their broken mothers. Teenage girls are deliberately made pregnant. This is war.

Those shocked at war in Europe are perhaps too young to remember the rape camps in the Balkans and their unspeakable cruelty. Women were kept imprisoned for months, raped repeatedly, and the pain of this lives on. What becomes of children born of rape?

War is not just about tanks and hypersonic missiles; it is about breaking the bodies and the will of women. This is why I am absolutely in awe of so many of the Afghan women that ‘the West’ deserted who still go out on the streets and protest for their right to go to school. They want to continue their education. They want to live.

We were told, remember, that the whole reason for that war was to liberate the women of Afghanistan. In some of the cities this was achieved, in the past 20 years women have run businesses, been part of government and got PhDs. Now they have simply been abandoned by this bungled withdrawal, which surely must have emboldened Putin to see the West’s lack of moral resolve.

Yet these women only days ago, some just teenagers, protested in Kabul, chanting: “Education is our right – open the doors of girls’ schools”. In front of cameras the Taliban merely pepper spray them. We know and they know what happens to certain activists. In January there was a series of late night raids. Taman Zaryabi Paryani and Parwana Ibrahimkjel were seized. Nameless women are disappeared, presumed dead. In rural areas, eight-year-old girls are being sold into sexual slavery.

Wherever there is war there is immense suffering for women. Don’t look away.

To those people here unable to say what a woman is for fear of offending – I’m not sure who any more – I say look around you. Where there is conflict, death and destruction everyone knows what a woman is and if you don’t see the price women pay for that, then you are truly blind.