Sadness of the billionaires- ‘We Don’t Know How to Survive’ 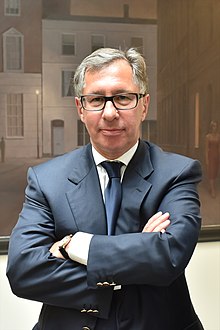 Aven’s wife “racing around cash machines all over London”

It’s still hard not to wonder at the thoroughness with which world politics and fnance have been upended by Putin’s murderous war on Ukraine, and how Russia’s oligarchs are dealing with the sanctions now imposed on them.

Switzerland, despite its claims to neutrality, has now confiscated the fancy apartment on a Swiss golf course, one of several proprerties belonging to Ptr Aven, 67, until recently known for leading the Alfa Banking Group, Russia’s largest private sector bank; Forbes estimates his net worth at around 5bn US dollaors.  Switzerland may have been inspired by Ukrainian President Zelensky’s address to the Swiss parliament: “Your banks keep the money of those who unleashed this war.

Many Europeans have breathed a sigh of relief at the way the world’s money-washing capital, London, known as the Laudromat, has been exposed for what it has been doing for years.

Newsweek is running  a follow-up to the FT’s interview with Ptr Aven, 67, supposedly a confidant of Putin,. Aven resigned from the bank’s board of directors earlier this month following EU  sanctions that largely cut him off from the global financial system, which he derided as “groundless and unfair.”

The Aven story has provoked a kind of vengeful glee among  sensationalist media like the London Daily Mail which had jealously celebrated the Russian glitariat and their ever-more-ridiculous displays of wealth. and of course yachts. In Aven’s case it’s Russian and Latvian paintings, of which he owns a huge collection .

But with a reputation as a brilliant economist and philanthropist, for Aven Ukraine has meant a fall to the bottom for a man whose London-based business LetterOne (L1), has been a visiting card in London society. Its “people” number Brits who have profited wonderfully from what the company claims is “a partnership of successful entrepreneurs, CEOs and international business people passionate about building better businesses.”

The vacuity of such blabla marketing belongs in a not-yet-written novel about the hollowing-out of UK society and its institutions in what has become the “London laundromat” for washing dubious funds. As Navalny’s latest devastating assault on Putin’s kletocracy and notably on the hitherto untainted Foreign Minister Sergei Lavrov‘s huge wealth and shameful hypocrisy. The vast amounts of stolen money might have been better spent on schools or hospitals for the people it belonged to, Navalny’s film suggests..

♦  Newsweek on plight of Petr Aven