When the missiles struck… 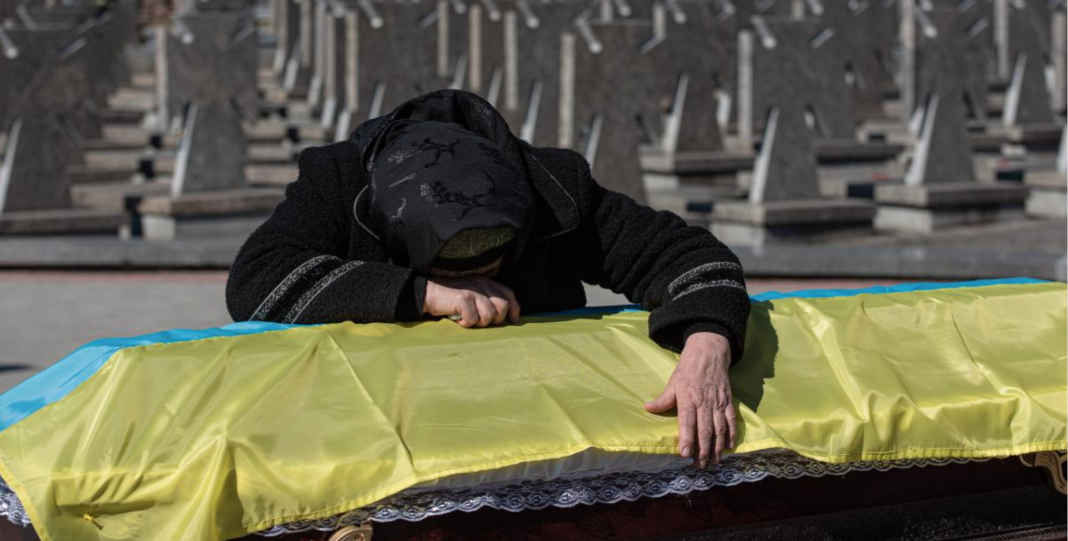 Some foreign volunteers lost their nerve and fled when Russia bombed a base near the
Polish border. But many more stayed behind to avenge their friends

The air raid warnings came thick and fast but the missiles never followed. Lulled into a false sense of security, perhaps, scores of foreign volunteer fighters had long given up taking cover.

And anyway, they were stationed inside a heavily fortified base, at Yavoriv, only 15 miles from the Polish border. It was an unlikely Russian target. Orest, a volunteer, remembers the moment the cruise missiles hit.

He had the presence of mind to head to an underground bunker. Then the blasts confirmed his caution — each so powerful they shook the ground like an earthquake. He thought he would be buried alive. “When we thought the attack had finished we quickly got out of the bunker,” Orest said. “We knew there would be plenty of people who needed help.”

He emerged to devastation. “Many buildings were destroyed and large American tents that had been used as gyms or for other rest and recreation were completely burnt, only their metal frames standing. Containers that had been full of supplies were blown to bits.”

The attack, launched from Russian soil this month, was a symbolic strike at the heart of the West’s efforts to train and supply Ukrainians at a base in woods on the edge of Yavoriv, a small town on the motorway from Lviv to Poland. Here Nato boasts that there are six railway stations near the base, each able to send 17 trains a day through Ukraine.

The Ukrainian authorities said that 35 people had been killed. Orest said this week that more bodies were still being found under the rubble. Among them were regular Ukraine troops, territorial defence members and some of the thousands of volunteers of all ages up to 60 who had flocked to fight the Russians.

Among the dead was Major Kyrylo Vysyhvaniy, 35, an officer who had served on the front lines in the eastern Donbas region in 2016. This month he attended the funeral of his younger brother Vasyl, 28, a Ukrainian army sapper who was killed on March 3 near the key Black Sea city of Mykolayiv.

After the strike, many of the volunteers at the base “lost their nerve” and travelled back to the Polish border, Orest said. Damien Magrou, spokesman for the International Legion of Territorial Defence of Ukraine, said that the attack had “an effect on some of our recruits”, who were discharged.

Most at the base stayed on, however, having already made long journeys from around the world to be there.

“Many have come from Britain and North America,” said Orest. “But there have been people from all over Europe and from South America too. Those who have had military experience — there are British, Americans and Canadians who served in Iraq and Afghanistan — are deployed quickly to the front lines.

“They have gone to Kyiv, Mykolaiv, Sumy and other locations. Those who have little or no military experience get up to two weeks’ training here and then are deployed. The Ukrainian units they will serve with know their level of competence and will probably try to give them more training before letting them go into battle.”

At 4,200 hectares, it was one of the largest Soviet-era military bases near the westernmost periphery of the former USSR. It had been built as a launching pad for a Soviet attack against the West and housed huge stockpiles of supplies for a war against Nato.

Western countries, principally the US, Britain and Canada, sent trainers there to help bring the Ukrainian military up to Nato standards. Importantly, Ukrainian officers said, the trainers taught a military still steeped in Soviet-era doctrine that eschewed initiative to think for itself.

In Nato military units, everyone from the commander to the lowliest soldier is able to take command if needed. That training has enabled members of the Ukrainian military to be more flexible, creative and agile than their Russian counterparts.

Today, as Kyiv demands more supplies and missiles from the West, the supply lines at Yavoriv are busy.

However, there are concerns that the strike here and subsequent attacks on supply convoys could indicate that the Kremlin is aware of the key routes used by Ukrainians. Military strategists believe that Moscow was able to track the routes too easily — by satellite or, most likely, informers on the ground.

Previously, supplies were taken by truck to Ukraine’s largest city of Lviv as the hub for onward distribution throughout the country. That probably enabled the Russians to target supply destination locations, such as a Kyiv shopping centre destroyed earlier this week in a missile strike that killed eight people. The supplies are now being sent by routes avoiding Lviv.

“The attack on our base took many good people,” said Orest. “But it did not damage our morale or the spirit of people here. We will continue the fight and now we have many of our friends to avenge.”

This story by AEJ special correspondent Askold Krushelnycky first appeared in The Times on Thursday.