Russia’s folly will drive change in the EU 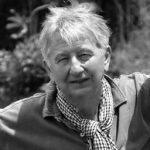 The idea of Europe, like the idea of peace, is fungible. To misquote St. Paul, they are useful abstractions that can mean all things to all people. But it takes a crisis (the Eurozone) or a war (Ukraine) to see what they mean in practice.

Vladimir Putin’s war has galvanised Europe. The alliance – which Britain chose to leave – is coalescing around a unified and robust policy to defend Ukraine.

A Europe united, as opposed to a united Europe, has been roused from two decades of hesitation and distraction. Created to ensure peace in Europe, the EU has rediscovered its purpose, as Russian troops once again, threatens its security.

The appearance of the Polish, Slovenian and Czech prime ministers in Ukraine’s besieged capital after another night of bombing, was a significant and moving show of solidarity by the EU. The Poles and the Czechs in particular know what an occupying Russian army feels like.

As well as a gesture of defiance in the face of Russia’s indiscriminate savagery, it was a declaration of intent. The clear message : Europe sees this war as its war and will back Ukraine to the hilt.

Putin gambled that Europe, weakened by fractious, single-issue identity politics, economic recession, Brexit and the pandemic would cower in the face of a nuclear-armed Russian invasion. He has been proved spectacularly wrong.

Instead we are witnessing the start of what will likely turn out to be a renewed and reimagined Europe – with Britain on the outside looking in, no longer able to shape the future of its 450 million neighbours.

As Putin’s war machine struggles and falters in the face of ferocious resistance by Ukraine and rock-solid economic and military support by the west, the pieces of a new world order are beginning to fall into place.

We have not seen this degree of unity since WWII or at any rate since the creation of EU citizenship under the Maastricht Treaty in 1993.

For two decades or more the EU, both as an institution and an idea, has been buffeted by crosswinds. The Eurozone crisis, which first peaked in 2010, was perhaps the biggest existential threat the EU has faced. Coupled with the global financial crisis of 2008 it has caused more pain in many part of Europe than at any time since the Great Depression of the 1930s.

Monetary and (in time) fiscal union – the driving logic behind the Euro – have proved problematic and politically divisive. Electorates, not just in Britain, have pushed back hard. As Europe’s debt problems deepened and tension over vast numbers of refugees crossing borders from south to north grew, anti-EU parties flourished from the Adriatic to North Sea.

A by-product of this economic angst has been the unrelenting rise of nationalism and the erosion of civil liberties in countries like Hungary and Poland.

So what will Ukraine bring? More Europe or less Europe?

The European community in its various iterations was forged out of the embers of World War II for good reason That reason is as valid today as it was then. What gets tyrants out of bed for in the morning is the lust for more and tyrants will be with us for a while yet.

The European club has blown hot and cold, ever since its creation first by the Treaty of Rome in 1958. Its leaders have tried, too hard and too often, to hammer the square peg of national sentiment into the round hole of the acquis communautaire.

National as opposed to transnational interests, will not melt away because Ukraine has been invaded. Viktor Orban has shown commendable solidarity and sympathy in the face of Ukrainians flooding across Hungary’s border. But he won’t change his spots. Neither will other right-wing populists in Europe.

So where might this lead? Paradoxically it might lead to both more and less Europe. Given the difficulties of keeping the European project on the rails a more nuanced approach would make sense.

The number of states queuing to join is growing. These have now been joined by Moldova and Ukraine which must surely be allowed to join. But the 27 are already unwieldy. When things get difficult it’s like herding cats. A fresh look at a two-speed, or a Europe of concentric circles, would make sense.

There is strength in numbers. And Europe’s eastern flank must be secured. But France and Germany should ask themselves whether the constant friction that stems from trying to micro-manage the bloc is worth it.

The most immediate and consequential change is likely to be a renewed push towards a common strategic vision of EU security and defence. This might include what Macron calls strategic autonomy – less dependence on the US. Moving from “being a Europe of cooperation inside of our borders to a powerful Europe in the world, fully sovereign, free to make its choices and master of its destiny.”

There will be those who argue that this is warmed-up, anti-American Gaullism. It is not. It’s a recognition that we live in a multi-polar world where China rises and the US, as witnessed by the emergence of America First Trumpism, is no longer as reliable a partner as it has been.

The immense political and economic challenges that have shaken the EU will continue. But Putin’s war has reminded the club that what brings them together is at least as important as what pulls them apart.

There is now a chance to reboot the union – albeit at a terrible cost. Just as Europe emerged freer and stronger after WWII the EU can emerge better and nimbler from Putin’s folly.

Macron and the German Chancellor Olaf Scholtz, must lead the effort. But they must listen to smaller nations especially those at the edge of the new iron curtain. It’s time to ditch the de haut en bas .

The author is a former News Editor of the London Financial Times. He was also an Asia and Middle East specialist. He now writes an eminently readable blog, The Constant Reporter.