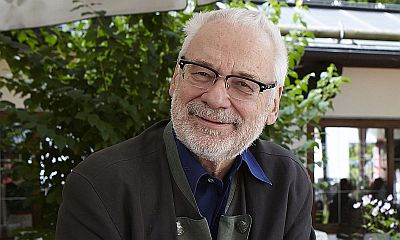 The death of former Austrian Vice-Chancellor and OeVP leader Erhard Busek on the eve of his 81st birthday marked the end of an era – or perhaps the beginning of the new Europe of which he dreamed all his life. Here is the tribute of Honorary AEJ President Otmar Lahodynsky. Both of us knew him well, both his strengths and his main weaknesses (mainly vanity).

Translation into Eng of Otmar’s article in Die Presse in Vienna.

A life for Central Europe

Erhard Busek recognised and promoted the importance of democratic forces in the post-Soviet neighbouring countries at an early stage.

I met my long-time friend Erhard Busek for the last time the night before Putin’s war on Ukraine, at a commemorative event for the 100th birthday of 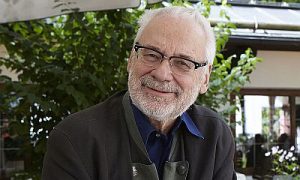 Polish Foreign Minister and writer Władysław Bartoszewski at the Polish Embassy. “I think we are heading for a Third World War,” he told me as we parted, tears in his eyes. “And everything I have fought for all my life, a peaceful and undivided Europe, is now being endangered by this madman in the Kremlin.”

Busek was the first Austrian politician to take an interest in the Communist-ruled neighbouring countries in the 1980s – while still vice-mayor and ÖVP (conservative Peoples Party) leaderin Vienna. I was often invited to accompany him with journalist colleagues on his trips to Poland, Hungary, former Czechoslovakia, and the GDR as well as former Jugoslavia.

We only ever met opposition figures, high representatives of the churches, scientists, writers, artists. He was happy to leave the government representatives to the then Socialist SPÖ-led federal government. The fact that his interlocutors were far more interested in contacts with Austria than vice versa saddened him.

But he firmly believed in a renaissance of Central Europe, which endured as a common cultural area even beyond the Iron Curtain. He was all the more pleased by the fall of the Iron Curtain in 1989, when many of his interlocutors suddenly stopped being dissidents, and became heads of government and ministers.

He was very interested in the Polish trade union movement Solidarność, which in August 1980 was able to wrest an astonishing number of rights from the Communist government through strikes, including access to the media.

Catholic intellectuals like Tadeusz Mazowiecki, who was to become Poland’s first freely-elected head of government in 1989, fascinated him with their historical knowledge and assertiveness. As a devout Catholic, Busek greatly appreciated the role of the Polish Pope John Paul II, who gave his countrymen hope for a life in freedom and dignity during his visit in 1979. He sharply criticised today’s right-wing authoritarian government in Poland, as well as its current church leadership for its provincialism and homophobia.

Busek was not happy with the black-blue (OeVP and FPOe – conservative-far right) government under Wolfgang Schüssel, who had brutally dumped Busek as ÖVP leader in 1995, mainly because of the FPÖ’s opposition to the EU’s eastward enlargement.

As head of the “Stability Pact for South-Eastern Europe” (where Edward Steen helped ghost articles for him) Busek was once again allowed to take on an international task. He was insistent that the EU offer accession prospects for the countries in the Western Balkans. He also made use of his worldwide contacts as President of the European Forum Alpbach , and as Director of the Institute for the Danube Region and Central Europe.

His love of classical music was evident in his support of the Gustav Mahler Youth Orchestra and the Chamber Music Festival in Lockenhaus. On Sunday evening, just before his unexpected death, he  attended a concert in St. Pölten.

Karel Schwarzenberg gave me this statement on the death of his old friend: “With Busek, the last Austrian politician died who still had a vision of what Austria could and should do in Central Europe: namely, to take on a greater role with and among its neighbours, something no one else wanted during the Communist era. Unfortunately, Austria – and also its own ÖVP – never really recognised its importance.”