Putin on the ropes, desperate appeal to Russian people 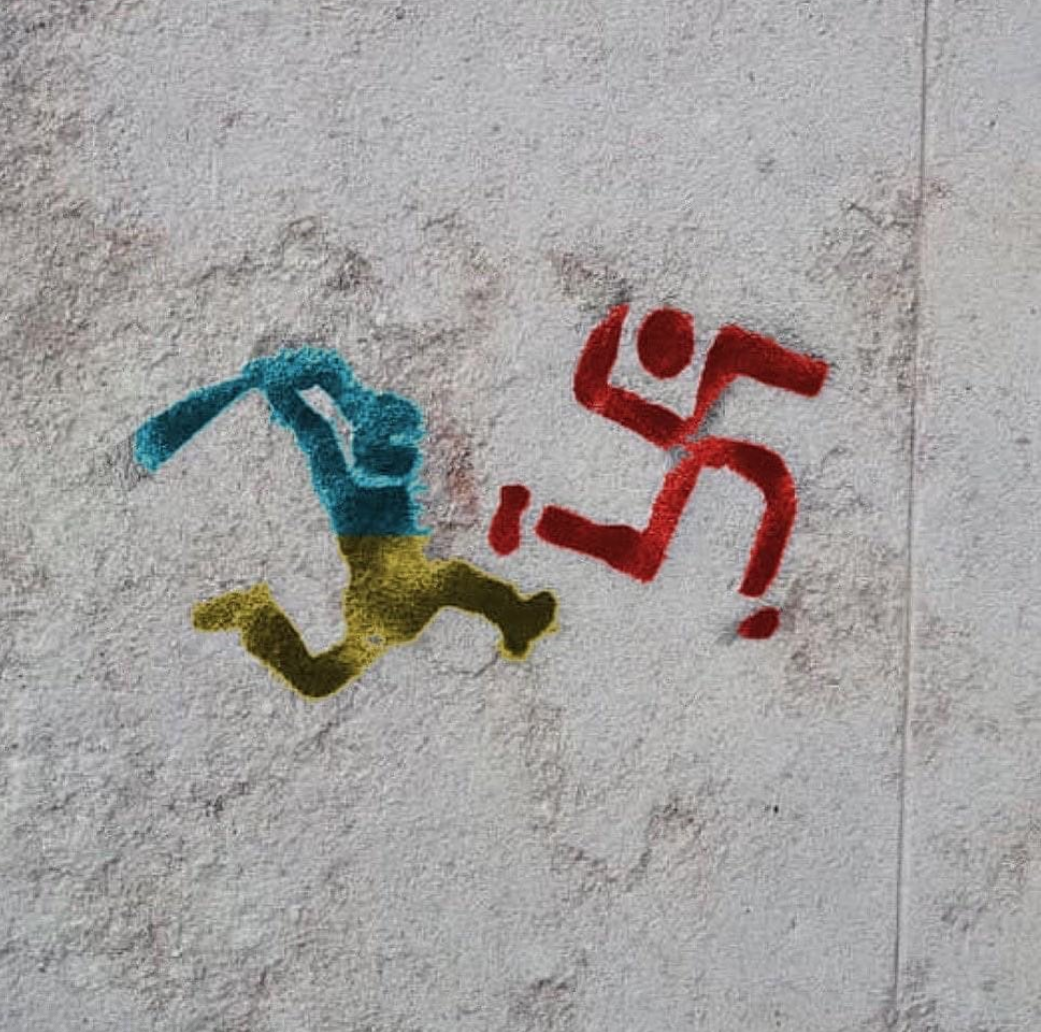 I have translated and added subtitles to the latest video speech by Vladimir Putin from two hours ago. Please don’t let it go in vain – I want everyone to see what a speech of true fascism looks like.

No further comment needed, it’s all here, in his speech pic.twitter.com/QEzsG9BODX

Vladimir Putin today sent a chilling warning to the West and oligarchs telling ‘scum’ traitors that Russians will ‘spit them out like a midge that flew into their mouths’ – as he claimed Western ‘attempts to have global dominance’ is coming to an end.

The Russian President, speaking in a bombastic televised address from the Kremlin nearly three weeks into Moscow’s invasion, warned the West would use ‘those who earn their money here, but live over there’ as a ‘fifth column’ to ‘divide our society’.

‘I do not judge those with villas in Miami or the French Riviera. Or who can’t get by without oysters or foie gras or so-called ‘gender freedoms.’ The problem is they mentally exist there, and not here, with our people, with Russia,’ he said.  ‘The West will try to bet on the so-called fifth column, on traitors… to divide our society.. to provoke civil confrontation… to strive to achieve its aim. And there is one aim – the destruction of Russia.’

He claimed that the conflict was merely a pretext for the West to impose sanctions because ‘they just don’t want a strong and sovereign Russia’ and insisted the ‘military operation’ in Ukraine is going to plan despite his troops’ advance remaining largely stalled on the outskirts of Kyiv. But he also told Russians, in words ironically reminiscent of Zelensky’s speeches, that ‘we are fighting for our sovereignty and the future of our children’.

It is the latest in the propaganda pushed by Moscow in a bid to justify their invasion of Ukraine to Russian citizens – including claims the war is about ‘de-nazifying’ the country and preventing a genocide of minorities waged by Kyiv.

Putin spoke as Zelensky spoke to US lawmakers in a landmark virtual address to Congress in which he invoked Pearl Harbour, the 9/11 attacks and Martin Luther King Jr as he called for greater Western intervention against Russia.

In a coordinated move last month Britain, the US, Canada and the EU, barred Moscow from the Swift international banking system to prevent the Russian Central Bank from deploying its international reserves ‘in ways that undermine the impact of our sanctions’.

The states have since imposed a sweeping range of sanctions on exports of champagne, high-end cars, fashion apparel, expensive electronics, sports gear and even vodka among other things as they attempt to bring the Russian economy to its knees in a punishment over Putin’s war in Ukraine.

And in the most recent measures, hundreds of Russian oligarchs, organisations and individuals are set to be hit with sanctions from the Government after a fast-tracked bill to target ‘dirty money’ in the UK is passed. Several oligarchs, including Chelsea owner Roman Abramovitch, have already been targeted with sanctions.

Meanwhile on Wednesday, a new slew of allegations of war crimes were hurled at Putin after video of an attack that was later confirmed by Ukraine’s prosecutor general showed at least 10 civilians gunned down while they were queueing for bread outside Chernihiv.

Ukraine’s prosecutor general confirmed in a statement the attack by Russian forces who ‘fired at people standing in line for bread near a grocery store.’ While new drone footage appeared to show Russian soldiers executing a lone Ukrainian civilian as he held his hands up to surrender on a highway west of Kyiv last week.

Russian authorities have repeatedly insisted that their forces are only targeting strategic military locations and are not waging war on the civilian population of Ukraine but it comes after two residential apartment blocks in west Kyiv were hit in shelling overnight. Moscow’s men started pounding the southern Ukrainian city of Zaporizhzhia hours after around 20,000 refugees arrived through a humanitarian corridor from Mariupol. 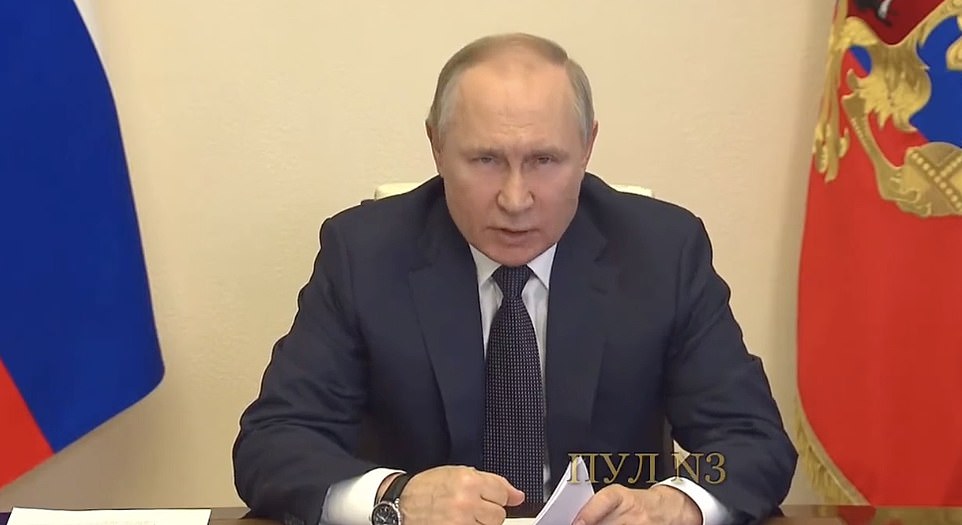