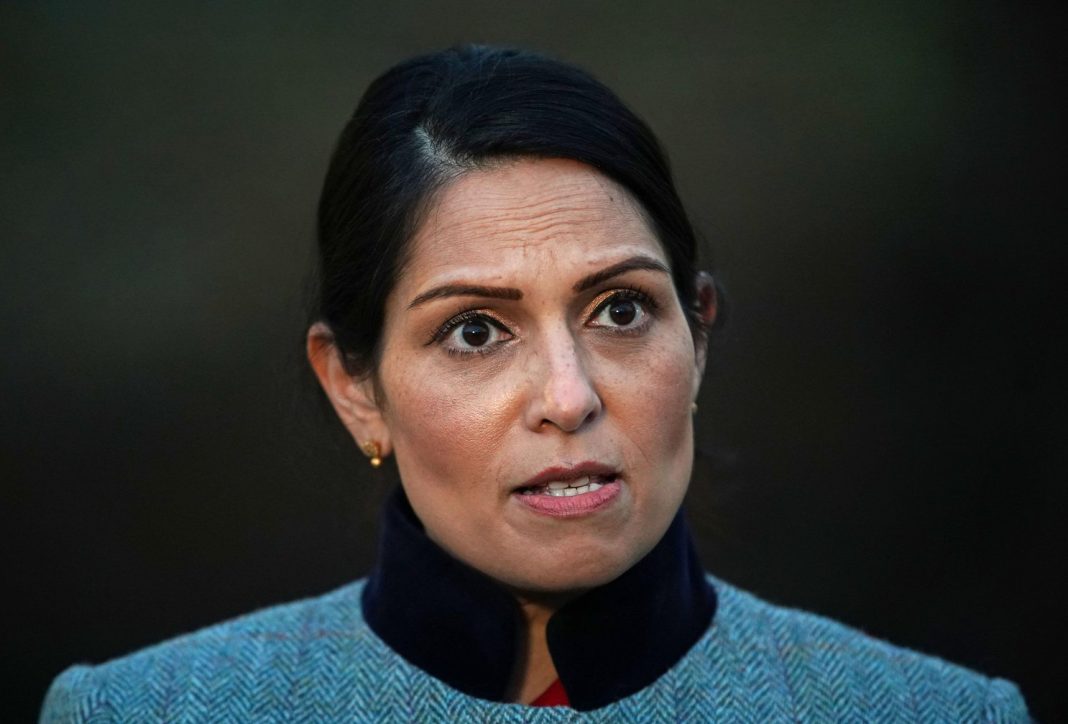 by Mark Porter and Adam Bychawski of openDemocracy

In the dark hours of the morning Mariupol ablaze looked like hell with the lid off. Aerial pictures showed a city pulverised beyond recognition. The moaning bloodied victim of a President scorned, poor Mariupol is bearing the brunt of Russia’s brute fury as it prepares to enter its tenth day of bombardment.

In Kyiv, half the 3.5 million population is missing, on the long road to another life. The rest are girding their loins for Armageddon as the 40 mile tailback of Russian tanks grinds inexorably towards its battle station.

In the south, packs of wild dogs eat the corpses scattered around the centre of Mykolaiv as the battle for the Black Sea gets underway. Everywhere folk are fleeing, leaving mainly their men to fight.

In London, meanwhile, the Home Office is using a private company to handle visa applications. TLSContact are charging refugees for their services. The company has the £100 million contract to run visa centres across Europe. They are charging €38 to photocopy papers and €80 to secure an appointment outside business hours. In addition, the Home Office appeared to be offering its own paid services, which include €712.80 to expedite an application.

There is also an “appointment fee” if all members of the family wish to be seen together. Now the home secretary, Priti Patel, is facing questions from the Home Affairs Committee over openDemocracy’s revelations.

OpenDemocracy, an independent media platform based in the United Kingdom which seeks to “challenge power and encourage democratic debate” around the world, has hard evidence that the company has been milking cash from the dispossessed and that the Home Secretary has been warned about their methods.

“Can the secretary of state tell me why this company is allowed to profit from the suffering and misery of Ukrainians by offering them [the option that] if they make additional payments, their cases will be expedited, they’ll be given quicker appointments?” asked Labour MP Diana Johnson, who is the chair of the committee.

Patel denied that Ukrainians had been asked to pay, responding: “With regards to Ukrainian individuals, family nationals, Ukrainian nationals coming to the United Kingdom to be reunited with their families, this is a free service. There are no charges in place whatsoever.”

But openDemocracy has seen evidence from two people who applied for visa appointments on behalf of Ukrainian family or friends through TLSContact in the past week were offered paid services by the company.

“It’s absolutely bollocks what Priti Patel is saying,” said Helen Howard-Betts, who has been trying to secure an appointment at a visa centre in Bucharest for her Ukrainian friend, who is currently near Lviv.

“Is Priti Patel vicious or stupid? It’s a fine line for Ukrainian refugees.”John Crace, The Guardian

Howard-Betts said she was unable to book any appointments through the website at all, and that when she tried to contact the Home Office for help was told she would be charged £2.74 to send the support team an email.

A British man who fled Kyiv with his family told openDemocracy that the experience of applying for a visa through TLSContact’s website for his Ukrainian wife and sister-in-law was like “trying to book a flight with a low-budget airline”.

“I heard that a friend’s dad’s apartment building in Mariupol has been destroyed. Nobody has heard from him in several days. Why can’t they just make this process streamlined right away for people going through such terrifying heartbreak?” he added.

After days of mounting criticism over the government’s visa policy for Ukrainians, including from its own MPs, the home secretary finally announced some requirements would be relaxed in a statement in the House of Commons on Thursday.

Labour MP Johnson welcomed the changes, but told openDemocracy: “I remain very concerned that the Home Office’s private sub-contractor TLSC[ontact] will carry on promoting opportunistically the offer to those fleeing from Ukraine, and wishing to progress their case quickly, of enhanced services in return for the payment of a fee – apparently some £200.

“This practice is questionable at any time, but given the plight of Ukrainians fleeing for their lives from Putin’s murderous invasion, and already caught up in the complicated bureaucracy of a visa application scheme that is free, it is simply wrong that this company is seeking to profit from their vulnerability.”

Enquiries are being made into just how this contract was awarded and to whom. There are resounding similarities to the corrupt and shambolic way the British Government awarded contracts during Covid.

Priti Patel is the child of Gujarati Indian parents who fled to the UK from Uganda just before Idi Amin’s decision to deport all Asians. Patel shares a love of Margaret Thatcher with her father, Sushil, who built up a chain of newsagents and once stood for Ukip in council elections.

Enjoying a reputation for being hostile, rude and dismissive, Patel revels in her hard man image. But her competence is now under growing scrutiny. But none of this is much balm to those emerging from the rubble of Ukraine. Or before that Afghanistan, or indeed any part of the world where suffering has been in the headlines.