Poet’s thoughts on a plane to Brussels 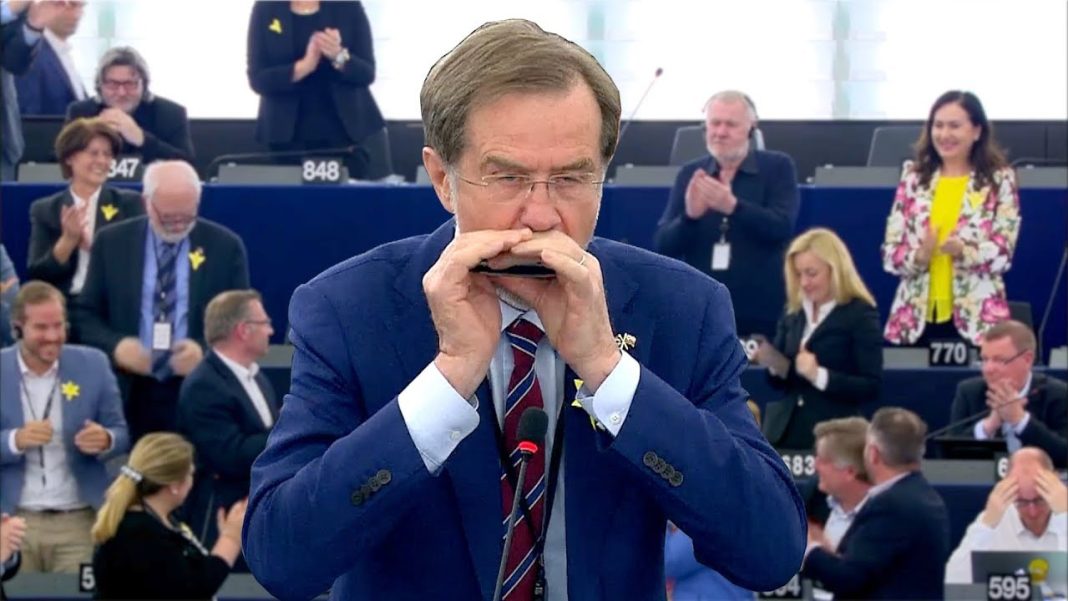 Row 18, sitting alone. Because of Covid? The war? Was no-one travelling? Pretty alone anyway, en route to Brussels via Frankfurt, as so often during the years I spent as an MEP. (My last day in the EP) This day was different, Day 9 of the Ukraine war, Putin’s war. Later that day my friend, the former Austrian Vice-Chancellor Erhard Busek, looking older now, but as clear-headed as ever, remarked: “In one week everything has changed.”

The stewardess came over, went through the over-familiar routine about emergency exits. This time I paid more attention, remembering the US Airways Airbus 320 landing safely in the Hudson close to Manhattan on January 15, 2009. I reached Salt Lake City (also safely) the same day, invited by Robert Redford to speak at his Sundance festival about the environment.  (Thanks to my friendship with my compatriot, the eccentric, improbable Martin Strel, “Big Man River” Martin Strel and his marathon swim down the Amazon, not to mention the Danube, Mississippi, and the Yangtse). 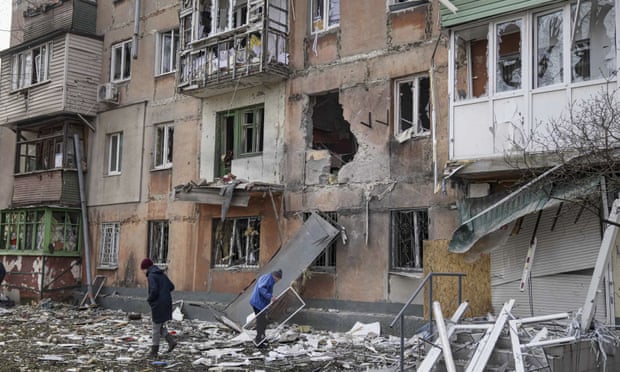 I went through messages on my phone. Memories of the Miracle on the Hudson and crazy long-distance swimming were soon replaced by horror stories and analyses of the war in Ukraine. Day 7. A more welcome message was from another friend, the publisher Lojze Wieser, a Carinthian Slovene. He had sent me from Vienna the following verse.

Here and there
Here sun/there bombs
Here peace/there tears
Here future?/there horror!
Where are we going?

“Dear Lojze,” he’d written. “my sincere congratulations for more then 70 translations of your poem.”

A politician is supposed to translate “Quo vadis?”, into – “What are we going to do?” Which is what people asked me at the airport. Everywhere, actually.

When I reached the Gare de Luxembourg around 3.30 pm, a huge solidarity manifestation for Ukraine was taking place in front of the European Parliament. I met MEPs and others and I saw a different EU than the one I knew a week before. Less familiar now – determined, united, not as tactical, pragmatic, or divided as I remembered.

Many praised the new German Chancellor Olaf Scholz for his clear, principled, and strategic position. It made Angela Merkel’s policy towards Russia look, now, more than questionable. Not to mention her predecessor Gerhard Schröder‘s.  Scholz’s new policy surprised many. I suppose Putin as well. Will it become a cornerstone of the new, unexpected European unity?

It is about a lot more than trade and energy. It may in the long term even lead to not only a greener, more independent European future.

The young woman at the reception of my hotel was from Ukraine. I listened to more terrible stores of people’s sufferings in bombed-out Ukrainian cities that so touched my heart. And many “why’s?”: Why are they attacking civilians in all these places, if they wish to “protect” Russians in two regions? Why does Putin speak about historic brotherhood, but attack us as the enemies?” Etc.

The concept of the enemy is essential to the Communist concept of power. If there is no enemy, Communists construct one and then fight against it. In Yugoslavia one of the main slogans was  “brotherhood and unity”. Then we in Slovenia were attacked by the Yugoslav Communist Army.

I visited our wounded soldiers in the hospital in Ljubljana and asked them what their commanders told them before they climbed into their tanks (I was Prime Minister at the time). Their answer was: “The enemy attacked Yugoslavia from the West and North.” They were utterly misled. Later their motivation to fight and kill the “brothers” faded.

I see many similarities between the situation in Ukraine and then – Yugoslavia/Slovenia/Croatia, 30 years ago. In particular about attitudes to history. The Milošević story shows that history is not necessarily a good guide to the future. I got worried when Putin spoke about Lenin and Stalin, the “big mistake” of attributing statehood to Ukraine, though it had been a member of the UN since October 1945.

Memories of Majdan 2014 also came into my mind. It was about the time Ukraine was supposed to sign an agreement with the EU. Five years before (2009), on the very day Patriarch Kyril was enthroned in Moscow I participated in the meeting between Putin and a European People’s Party delegation led by its late president Wilfried Martens.

Putin expressed the wish of his party United Russia to join the EPP family. Martens’ answer was very formal. “Do send the application,” he said. “ then we will see whether we share the same values and principles.” Later, Putin asked the same question – with the same answer. That was probably Putin’s last attempt to get closer to the EU , the EPP, maybe Europe altogether.

The essential (and strategic) question remains. How did the EU, with so many ties to Russia (bad times included), and opportunities for a complementary partnership become Europe’s enemy?

Dealing with the East

History teaches us that forced brotherhoods don’t function. And this is not just a casual “by the way” observation. Don’t forget the Western Balkans. If those countries decide to use old maps, then Europe may face another temptation to dance with the concept of “the enemy”. It sounds boring, pedagogic. And late, like not depending too much on Russian gas. 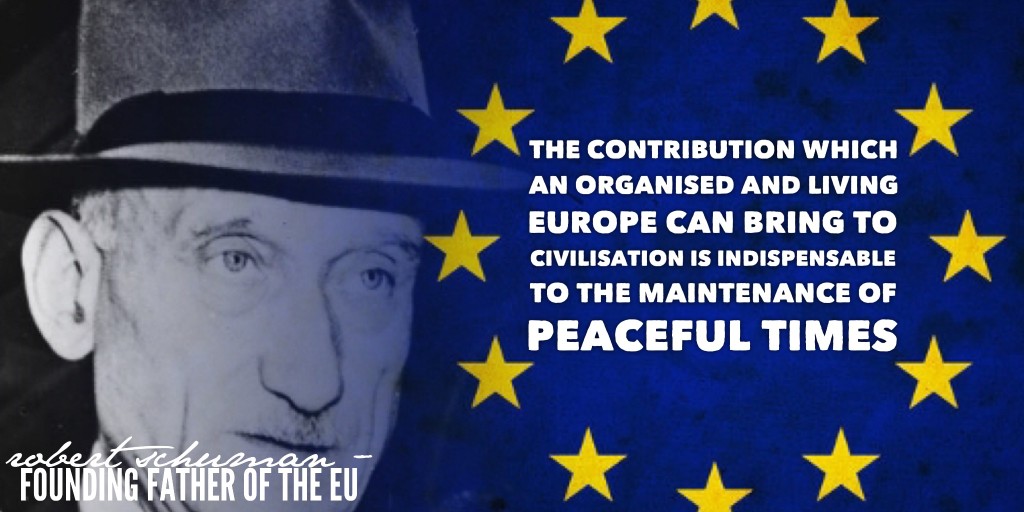 any better solution than a united Europe?

As far as dealing with the past is concerned, there is another way to do that, as Robert Schuman and the others who founded the EU made clear, and put into reality. What they did in their time after the Second World War was a dramatic, tectonic deviation from the concept of “the enemy” that had resulted in the slaughter of so many other Europeans. -. Before the first Treaty was signed, they agreed on the foundation of the new Community – respect for human dignity.

When we respect “the other”, “the different”, then we talk with each other and there is dialogue that brings solutions/compromises. We don’t make the world better by excluding others. “Soft power” might sound sickly-sweet at the moment. But shared values and principles were behind the vision of 2010, when the EU and Russia launched the “partnership for modernization”. The best assurance for peace, in and with Russia, is for neighbouring countries to share that concept of “we”, not “I”.

And the alternative hardly bears thinking about, as all of us worry about the bombing of the 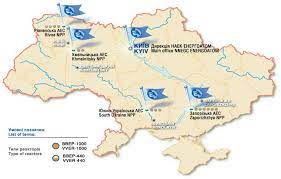 Chernobyl reactor, and 14 other vulnerable nuclear reactors in Ukraine.

Later on that day I met friends from different countries and different political backgrounds who’d decided to fast for peace in Ukraine on Thursday- fully aware that two neighbouring European, Slavic, “Christian”, countries have no choice than, finally, to find the way to mutual respect, reconciliation, cohabitation, cooperation.

The question “who is the first” has to be replaced by the question “what is the first thing to do together?” This is how communities and partnerships are built. Without digitalized weaponry, as a rule. Will the agony of Ukraine somehow help us rebuild a Europe that re-finds faith in itself? A Europe worth believing in? That is what we prayed for that day in Brussels.