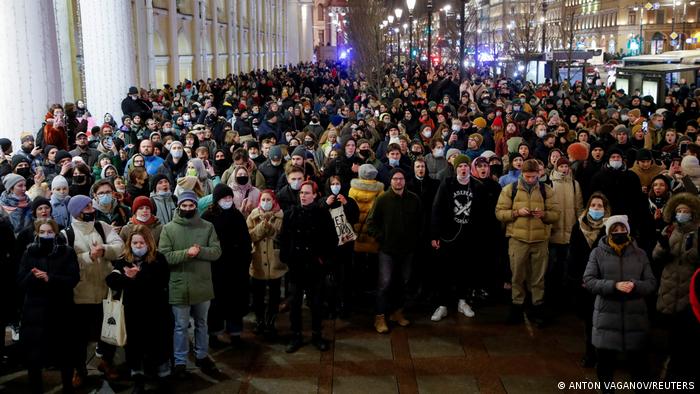 ♦ US secretary of state Antony Blinken has assured Lithuania and Latvia of NATO protection and American support as he made visits to two of the three understandably jittery Baltic states as Russia presses ahead with its invasion of Ukraine. He will visit Estonia on Tuesday. Unlike Ukraine, the former Soviet republics are NATO members and the Biden administration is aiming to calm any fears they have about their security in the event Russia chooses to expand its military operations, the Associated Press reported.

♦ At least 13 civilians have been reported killed in an air strike on a bread factory in the Ukrainian town of Makariv, just outside Kyiv, according to the Ukrainian state emergency service. The latest multiple fatality incident involving civilians occurred on Monday afternoon.

♦ Russia has offered to bring a halt to its onslaught in Ukraine “in a moment” if Kyiv accepts a string of conditions that would be akin to admitting defeat in the 12-day-old conflict.

♦ As many as five million Ukrainians could flee Ukraine if the invasion continues, the EU’s top diplomat said, while United Nations’ refugee agency said over 1.7 million have left so far.

♦ Britain’s dismal humanitarian response to the Ukraine refugee crisis was thrown into chaos on Monday after Johnson contradicted Home Secretary Priti Patel over plans to open a new route for those fleeing the war, rejecting calls for easing visa requirements for Ukrainian refugees. He said Britain was “generous” but needed checks on those arriving. So far Britain has processed 50 visas. Ireland has already taken well over 1,000 and expects 80,000 more. Poland has taken more than 1,000,000.

♦ In Russia where state controlled media denied there were any protests, police detained 5,020 protestors nationwide as protests against the invasion of Ukraine continued, according to an independent monitoring group. Meanwhile the country’s ruble tumbled to another record low in thin offshore trade, with local markets closed until at least Wednesday.

♦ Wall Street: U.S. stock indexes tumbled more than 1% on Monday as the prospect of a ban on oil imports from Russia sent crude prices soaring and fuelled concerns about spiralling inflation.

♦ The mayor of Lviv said the western Ukrainian city had reached the limits of its capacity to help people displaced by Russia’s assault on Ukraine and appealed to international organisations for help. Mayor Andriy Sadovyi said several hundred thousand people had already passed through Lviv as they headed west seeking safety, Reuters reported. Some 200,000 internally displaced persons were now staying in Lviv, and 50,000 were going through Lviv railway station daily.

♦ Boris Johnson’s nomination of the Russian businessman Lord Evgeny Lebedev for a peerage should be referred to the cross-party intelligence committee, Sir Keir Starmer, Labour party leader said on Sunday night. The call by Starmer came after the Sunday Times reported that Lebedev, son of an ex-KGB officer and owner of the London Evening Standard and Independent newspapers, was nominated for a seat in the House of Lords by the UK prime minister in 2020, in spite of initial security concerns. This story will not be going away…

♦ Johnson also said a boycott of Russian oil and gas was “very much on the table”, though quite what this means remains to be seen. Over the weekend, US secretary of state Antony Blinken said Washington was in “very active discussions” with countries in Europe over banning imports of Russian oil, PA Media reported.

♦ Moscow said on Monday it would provide corridors for residents of Ukraine’s two main cities to flee to Russia and Belarus, a move Ukraine called an immoral stunt to exploit the suffering of civilians under Russian bombardment.

♦ Monday China says: it is a “naked double standard” to seek to conflate the issues of Taiwan and Ukraine as the island ‘has always been part of China and is entirely a domestic matter.’ China claims the democratically governed island as its own territory and has over the past two years increased military pressure against Taiwan, having never renounced the use of force to bring it under Beijing’s control.

♦ Vatican: “In Ukraine, rivers of blood and tears are flowing. This is not just a military operation but a war which sows death, destruction and misery,” the Pope said in his weekly address to crowds gathered in St. Peter’s Square.