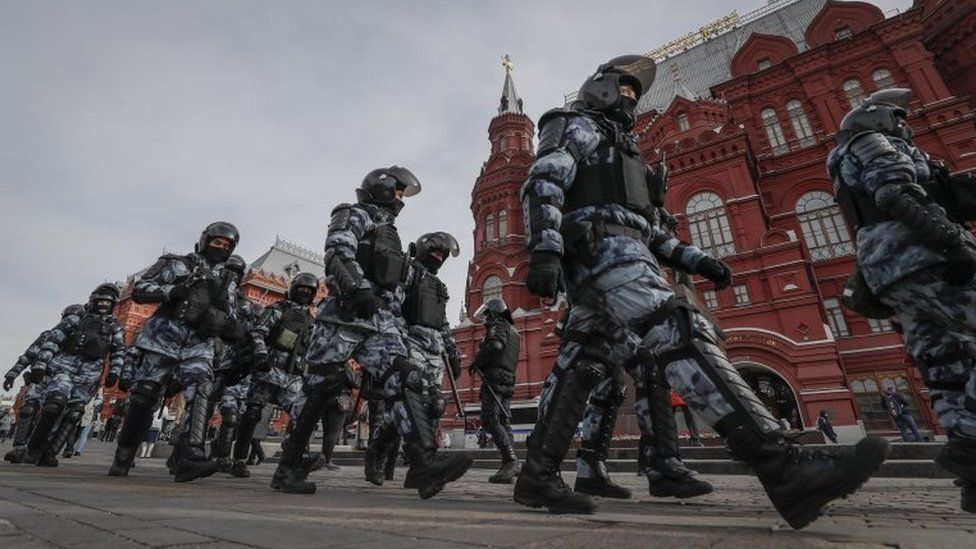 “Putin – khuylo!” they shouted from St Petersburg to Nur-Sultan on the Kazak steppes. But the inalienable right to call your leader a dickhead is not one of the freedoms bestowed upon the Serfs of New Russia. Around 6,000 of them are now languishing at His Excellency’s pleasure, reflecting on the Brave New World their majestic leader has imposed upon them. 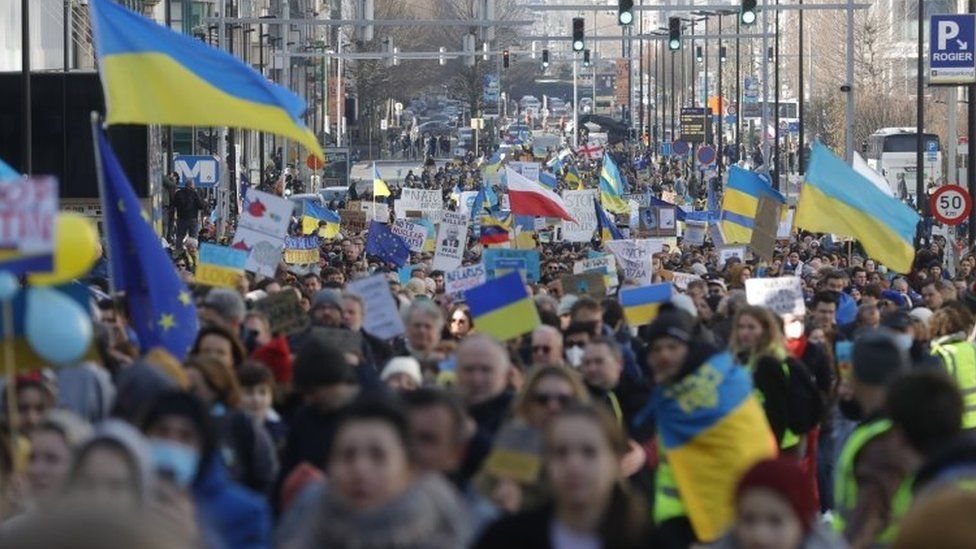 Demonstrators have taken to the streets to condemn the invasion of Ukraine, scrutinised not just by Putin’s enforcers, but also by the independent monitoring group OVD-Info – which has already logged more than 8,000 arrests of anti-war protesterss. By Sunday (06/03) they had documented the detentions of at least 4,366 people in 53 cities including Vladivostok and Irkutsk, and many more brave souls have since followed suit. Opposition activists also posted videos showing protests in other cities.

Maria Kuznetsova, OVD-Info’s spokesperson, told Reuters that martial law was in the air: “The screws are being fully tightened – essentially we are witnessing military censorship. We are seeing rather big protests today, even in Siberian cities where we only rarely saw such numbers of arrests.”

From her enforced exile across the Russian border Ekaterina Kotrikadze, former news anchor and news director of the last independent Russian news broadcast company, TV Rain, speaks for her generation: “We had 24 million viewers on our last day. Society is divided, with only the older people believing the propaganda.

“Millions understand that this is a full blown catastrophe…Ukraine is Russia’s brother and sister. A whole generation of people are going to have to say goodbye to a whole lifestyle. This is the end of everything that we used to be, hate has killed it. People will fight this because it is no longer Russia.”

So what is it? Where is Putin taking his country? He has long talked about the greatest of human catastrophes, the dismantling of the monster creation of his hero Stalin, the USSR. During the long months of recent confinement an increasingly isolated President, morbidly fearful of the virus, locked himself in his bunker with a pile of history books and prepared the last details of his imperialist vision. Perhaps one of the major legacies of Covid, joked The Guardian‘s Moscow correspondent, Shaun Walker.

But the educated younger generation is only too aware of the grim reality of a life they never knew. Far more than the over-50s, who know what it is to eat, sleep, and breathe lies.
As an appalling truth suggests itself amidst the carnage – that the more successful the Ukrainians are at fighting the Russians, the more appalling will be their fate – so the disenfranchised young confront the appalling possibility of serfdom in a country that in 12 appalling days has undone three decades of modernisation.

From our ringside seats at the blood-soaked gladiatorial ring, we can hear the ghostly murmurings of 1914, when Europe sleepwalked into war. We can hear the bleatings of peace from Munich, and almost smell the fresh marzipan scent of the bombs that flattened Aleppo, Grozny, and Idlib. The nightmare of a nuclear winter should not be banished by those who would keep us safe in front of Youtube, with vivid memories of a test run of destruction in Syria fresh in their minds.
https://www.youtube.com/watch?v=_w-V28VZpEY
Share
Facebook
Twitter
Pinterest
WhatsApp
Email
Print
Previous articleNews in brief 07/03/22
Next articleNuclear minefield
- Advertisement -