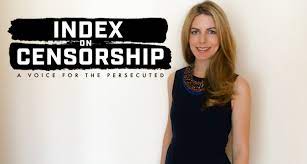 Is hitchiking in the dark internet the best way to reach Russians?

In a well-researched article for the London Guardian she describes the emotional plea, soon after the February invasion, of Kiev marketing whiz and prolific novelist Anastasiya Baydachenko for money to take out ads.

As CEO at a Ukrainian digital marketing company, Baydachenko knew a way to infiltrate it: buy ad space across websites in Russia and Belarus and use them to link to independent news on the war in Ukraine.

“Each day the usual suspects – Google, YouTube, Facebook, and other sites with high traffic – were blocked,” writes Jemima Steinfeld. So Baydachenko moved into the darker world of online gambling and pornography. These sites were perfect, she writes: “little moderation, huge audiences, and people behind them whose allegiances were with the highest bidder.”

Baydachenko found she was part of a bigger network and through this network money began to come in.

Last month hackers also turned the mobile version of news radio station Kommersant FM into a jukebox of Ukrainian anthems and placed an appeal to end the war on smotrim.ru, the main website for accessing state-run TV and radio.

Rob Blackie is one of the directors of Free Russia, a campaign to bring independent news about the war to Russians through ads. He spearheaded the campaign (first in 2014 when Crimea was invaded,  and now works with Baydachenko. He jokes that from Putin’s perspective he’s running “a criminal spam operation”.

Read more here about the heroes of the ether.