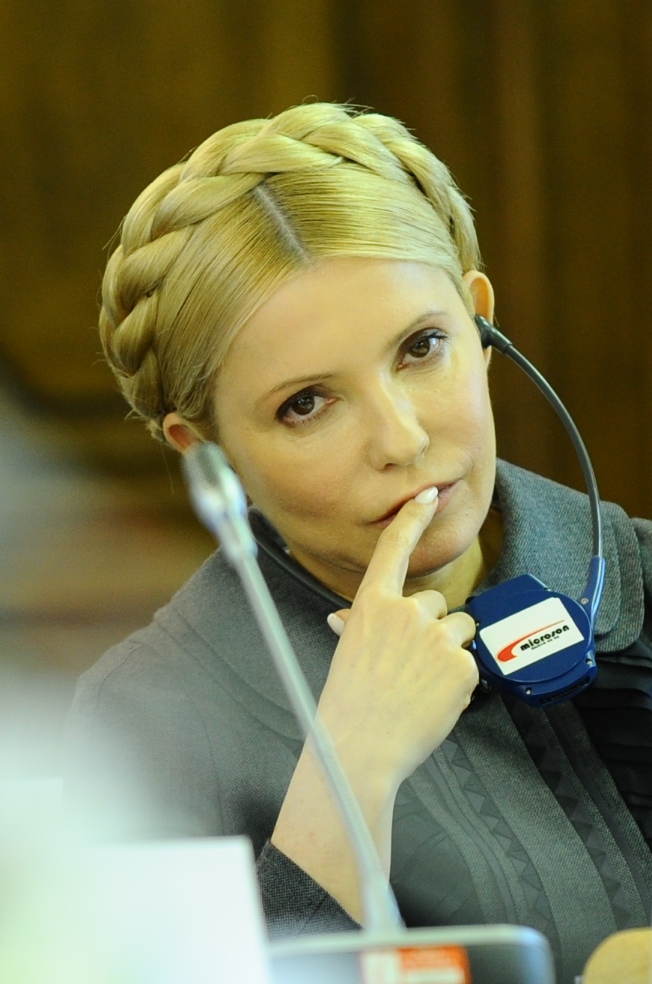 Yulia Tymoshenko is the icon of Ukraine’s Orange Revolution in 2004, when a mass movement against electoral fraud took to the streets. The protests were finally successful, Tymoshenko was prime minister from February to September 2005 and from December 2007 to March 2010. Then came the crash, from August 2011 until the government overthrow after the 2014 Euromaidan protests. She was in prison from 2011 till then.

Wiener Zeitung: In an interview you said the following: “Should the West turn its back on us, we would immediately be lost again to Russia. They are just waiting for the status quo of the former Soviet Union to be restored.” The interview took place 15 years ago – why didn’t the world listen to you?

Yulia Tymoshenko: I would say it again and again. Now we see the consequences. As prime minister in 2008, I signed the application to join NATO. That was the moment when the majority of Ukrainians wanted to burn down the old bridges and head west. Several countries blocked it, they bowed to the Russians. If that hadn’t happened then, we wouldn’t be talking about the war today and we wouldn’t have to pay the high price of sanctions. In order to give in to Russia’s blackmail, Ukraine was sacrificed. Now we have a historic opportunity for Europe to make independent decisions.

WZ: You also met Chancellor Angela Merkel at the time; it is accused of blocking NATO accession. Do you see any guilt there?

Tymoshenko: I don’t want to blame her. Now there is an opportunity to correct mistakes. I see that Germany has also changed, it supports candidate status for the EU. A year ago that would have been unthinkable. Germany is supplying Ukraine with weapons, which was also unimaginable recently. Germany took part in the meeting of defense ministers in Ramstein and supports all measures to help Ukraine win. But I hope that at the end of the day we will not see a change of heart to appease Russia.

WZ: How do you rate the sanctions? This week the EU Commission presented big packages to phase out oil and gas supplies – is it all enough?

Tymoshenko: The sanctions are unprecedented and I understand that the decisions in some countries are very difficult because the economy is heavily dependent on them. I also understand that some things take time.

WZ: Countries like Hungary, but also Austria, say they need a lot of time. . .

Tymoshenko: The thing is simple. Every single day, up to a billion euros flow to Russia for energy supplies. The money finances the war. If we want to end this quickly, then we need the greatest possible supply of arms and the greatest possible sanctions. It’s not just about Ukraine winning the war – Russia is ruining the European continent. That is quite rational: the war must end.

WZ: The European Union opens the door to candidate status, but accession takes years. Do you give Ukraine false hopes?

Tymoshenko: Why hasn’t Ukraine long since been a member been in the EU and NATO? Because Russia has always been able to put countries under pressure about their dependency. The war changed that, and Russia lost influence. There is no reason why Ukraine should not join the EU and NATO in the foreseeable future. Either Putin can continue to rule in Europe or we can free ourselves from it.

WZ: But you accept that it takes a long time to join?

Tymoshenko: I think that’s a political decision. When Finland and Sweden join NATO, part of the usual admission process will be suspended. The EU should reconsider the bureaucratic hurdles and speed up the admission process. The earlier the better. If NATO accepts us, we will prevent future wars.

WZ:  Do you understand that this question is linked to the Western Balkans, whose countries have been on hold for a long time?

Tymoshenko: All countries applying for admission go through the same process. One should free oneself from the dark political influences of the past, this also applies to the former Yugoslavia.

WZ:  You have met President Vladimir Putin yourself time and again – many in the West have doubts about his health. . .

Tymoshenko: Forget all the tales about his sanity! There is nothing to it, not even cancer. He thinks rationally, has a mission that he has worked out himself. It’s not about Donbass or Crimea, it’s about bringing Ukraine back to Russia through the war – but without Ukrainians. I think his goal is genocide, the colonization of a country. The Russian President basically wants to destroy our roots, he will see it through to the end. I don’t believe in peace agreements that leave it at Donbass and Crimea.

WZ:  But what does it take to end the war? Weapons, negotiations, compromises?

Tymoshenko: Given Putin’s goals, negotiations and compromises are impossible. If we give him credit for even partially wiping out entire ethnic groups, he won’t stop. He leaves us no chance: we can only win on the battlefield, and then Putin’s regime will be finished. Only then will Russia have a chance to regroup and establish normal relations with other countries.

WZ:  If in the end Ukraine wins and Russia loses, will that lead to a new world order?

Tymoshenko: Definitive. We are already witnessing how the world is changing. Then there are two options: let everything be as it is – then we will continue to be unable to defend peace, borders and people. Or mankind manages to break away from such aggressive regimes. Perhaps there are new alliances that will bring new strength to the free world. We believe in that.

WZ: Can Europe meet this challenge?

Tymoshenko: The EU must do this or it will lose its importance.