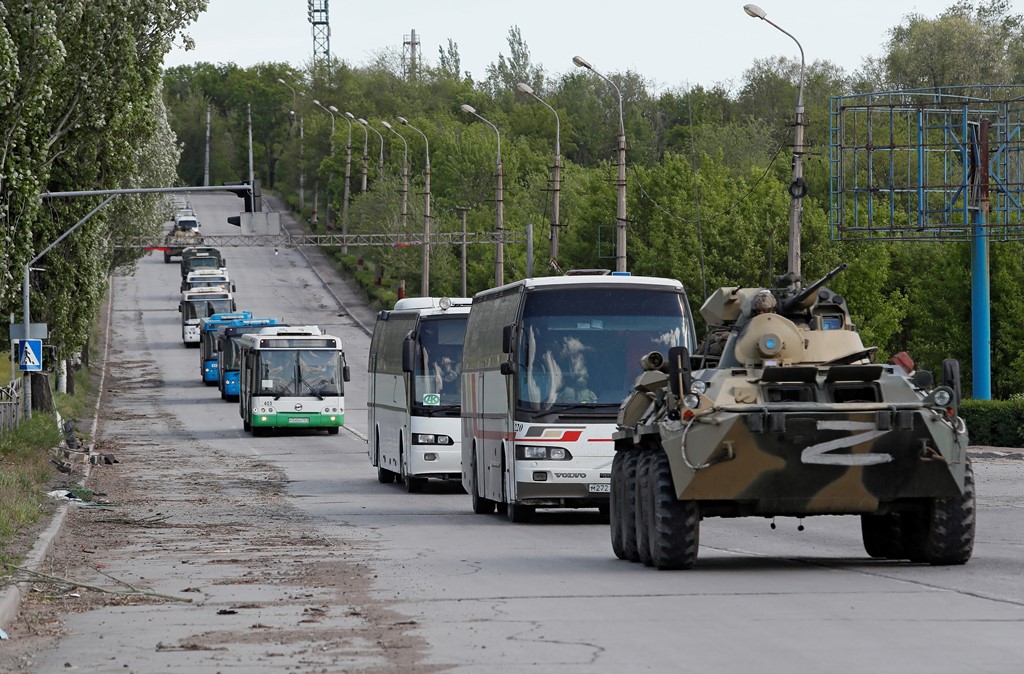 A total of 694 Ukrainian fighters holed up in the giant Azovstal steelworks in Mariupol have surrendered in the last 24 hours, Russia’s state news agency RIA Novosti reports today, and said 950 Ukrainian soldiers had surrendered since Monday (16/05).

Ukraine says its fighters were taken to a former penal colony in Russian-controlled territory. Ukraine’s deputy defense minister, Hanna Maliar, said negotiations for a prisoner exchange were ongoing, as are plans to rescue fighters who are still inside the warren of tunnels and bombproof bunkers.  At one point, Ukrainían officials put the number of fighters holed up in the mill’s sprawling network of tunnels and bunkers at 2,000.

“Russia uses this time to relocate, reset its forces to replenish personnel, to solve problems with logistics, to replenish equipment that the Ukrainian Armed Forces destroyed in large numbers,” she said during a nationwide telethon broadcast on Ukrainian TV channels. “There are really signs that they are getting ready for the next assault.”

In total, 80 of those who surrendered were wounded, of whom 51 have been taken to hospital, according to Konashenkov’s briefing, which also claimed 270 Ukrainian fighters had been killed, and that “54 units of military equipment were disabled overnight”. It’s also claimed that two planes and 15 drones were shot down.