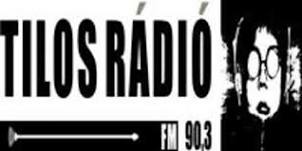 Shortly after the fourth consecutive two-thirds victory of Viktor Orban’s Fidesz Party the highest authority of the field, and the Media

Council denied to extend the frequency expiring this September of the

Tilos (in English: Prohibited) with a strongly anti-communist past will be most probably forced to go over to the internet, as was the case recently with the much bigger, and still popular Klub Radio.

Of course, handsome legal arguments had been included in the official text of the decision saying that Tilos did not comply with the requirements of the tender. According to its managing director it is simply impossible, because Tilos is being operated on voluntary basis without any penny of advertising revenue, and they are unable to imitate the big for profit audiovisual companies documenting every minute of their programmes, paying attention to the ratio of speech and music, and to the ratio of Hungarian and foreign music as well.

Tilos is unable to fulfil these requirements, this is like tigers competing with antelopes, added the managing director.

In illiberal democracies, called sometimes “hybrid regimes”, the advocates of independent journalism can often feel themselves like antelopes endangered by wild tigers. The Board of AEJ’s Hungarian Section is concerned because of the uncertain future of the remaining segment of critical and fact-finding journalism in Hungary – approximately 20 per cent of the whole domain – not serving the propaganda aims of the ruling illiberal party coalition. We know that there are much worse media situations all over the world, in Russia, Turkey, Azerbaijan and elsewhere – from Chile to  Saudi Arabia. Still, we can not forget that Hungary is now ranked 85th in the press freedom ranking of Reporters Without Borders, which surveyed 180 countries.

Despite being somewhere in the middle of the world list, our ranking in the EU is much more controversial, because among the 27 member states only Greece and Bulgaria have a worse media situation than Hungary.

However we know that even traditional liberal democracies are not immune to market-driven pressures, and many other pressures, we are still concerned by the media capture in our country where the whole regional print media and radio stations are in the hands of government friendly entrepreneurs. The list is far too long and has been well-known ever since the emergence of the illiberal political structure of Fidesz.

The subordinated role of public service media to the political and ideological aims of Fidesz’s power during the election campaign ha srecently  been criticized even by a well-sknown Hungarian right wing publisher and columnist; opposition parties and its leaders were practically shut out from appearing on Hungarian Television.

AEJ’s Hungarian Section together with other professional organisations strongly oppose the misuse of government (budget) funds to promote government propaganda – being the case in Hungary, Poland and elsewhere –, and the distortion of market relations in favour of government-friendly media; we urge that journalists should carry out their work without intimidation and should be able to fulfil their public watchdog role where ever they work in Hungarian media, as was declared by Council of Europe’s General Secretary on the occasion of World Press Freedom’s Day of 3 May.

Liberal democratic governments, parties, and institutions should be aware that in recent years some elements of Fidesz’s model for media control and capture by politicians, government loyal business people and oligarchs have been adopted in some other EU-countries.

Therefore we deeply agree with Barbara Trionfi’s claim; IPI Executive Director urged a strong and principled movement by the world’s democracies „to push back against a wave of authoritarianism around the world that threatens fundamental rights, including press freedom.”

Can the engine of media capture be stopped, and if so how? Only uncertainty is certain; recently a low circulation left-wing print weekly – called 168 Óra (Hours) – has been forced to go over on to the Internet, which is by far not the first, and certainly not the last case in Hungary, and it is a skinny consolation, that many print media are going bankrupt in other parts of the world as well. We are pleased to acknowledge the US President Joe Biden’s statement that now free press matters more „than it ever did in the last century”: an honest, but exaggerating declaration because free press had mattered unspeakably much ever since during the long struggles for democracy in the Western hemisphere.

And the question remains: can encouraging statements stop media capture in countries like Hungary?

We in the Hungarian Section believe that all kinds of advocates of independent journalism within the Hungarian border and foreign institutions abroad, mainly and first of all in the European Union have a common responsibility to grab every legal means to stop the further erosion of democratic institutions, media pluralism and liberal values.

Antelopes have to be defended against tigers, no matter where they are.

Is the US energy problem about to be ours too?