Ukraine – into the third month 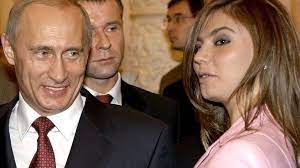 The shambles of Victory Day in Moscow yesterday has yet to provide any relief for the c. 2000 Ukrainian soldiers holding out in the Mariupol steelworks, the Guardian reports. Latest developments: here. Meanwhile, lurid rumours are circulating, in Russia as well, that Putin is due to have a cancer operation and that his mistress/partner, 38, described in cheekier Russian official media as “Russia’s most flexible woman”, is unexpectedly pregnant with their third child. Things are not going as smoothly as hopped smoothly for the Russian leader, nor for his real and intended victims worldwide.

The Black Sea port of Odesa for exporting agricultural products was struck by missiles on yesterday. Zelsnky said: “Without our agricultural exports, dozens of countries in different parts of the world are already on the brink of food shortages. And over time, the situation can become downright terrible.

“Politicians are already discussing the possible consequences of the price crisis and famine in Africa and Asia. This is a direct consequence of Russian aggression, which can be overcome only together – by all Europeans, by the whole free world. It can be overcome by putting pressure on Russia, by effectively forcing Russia to stop this disgraceful war.”