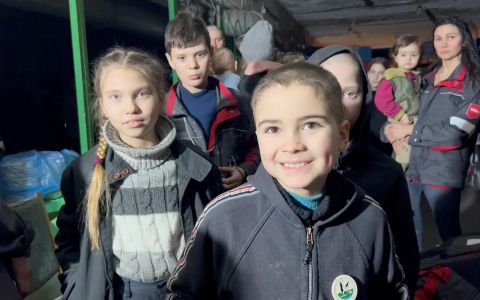 Hard to believe the heroics not just of Ukraine but of its newly-minted Kyiv Independent and its young staff, their courage and diligence as reporters almost beyond belief. This is something new and extraordinary, a paper born out of the firing of the entire staff of the Kyiv Post by its owner, and the resolve and solidarity of 30 staff who decided to start again even as Putin’s tanks were preparing to roll into Ukraine and to bomb the capital.

Last night Ukrainian President Zelensky announced that the weapons he’d insistently demanded from the West were finally on their way. And for all the bluster, Russia has not yet cracked control of the Mariupol, though the great port city lies mostly in ruins. And intelligence reports suggest the much-heralded push into the Donbas is once more being resisted and subject to Russian muddle and incompetence.

“Territorial successes in the Donbas could blunt the narrative of Russian military incompetence and give the Kremlin a more plausible argument that its war has achieved something real.

“Yet Ukraine has advantages too. The forces it currently has in the Donbas are some of its most battle-hardened fighters, having spent the past eight years clashing with Russian-backed separatists. It is getting tremendous amounts of Western aid and still has superior morale and logistics — decisive factors in repulsing Russia’s advances elsewhere. It may numerically match the theoretically much larger Russian army, according to military observers.

“For these reasons, the outcome of the new phase is far from clear, even to leading experts on the Ukraine war. In our conversations, they suggested that possible outcomes ranged from Russia successfully seizing control of the entire Donbas to Ukraine actually clawing territory back. The fighting is likely to be long and bloody…”