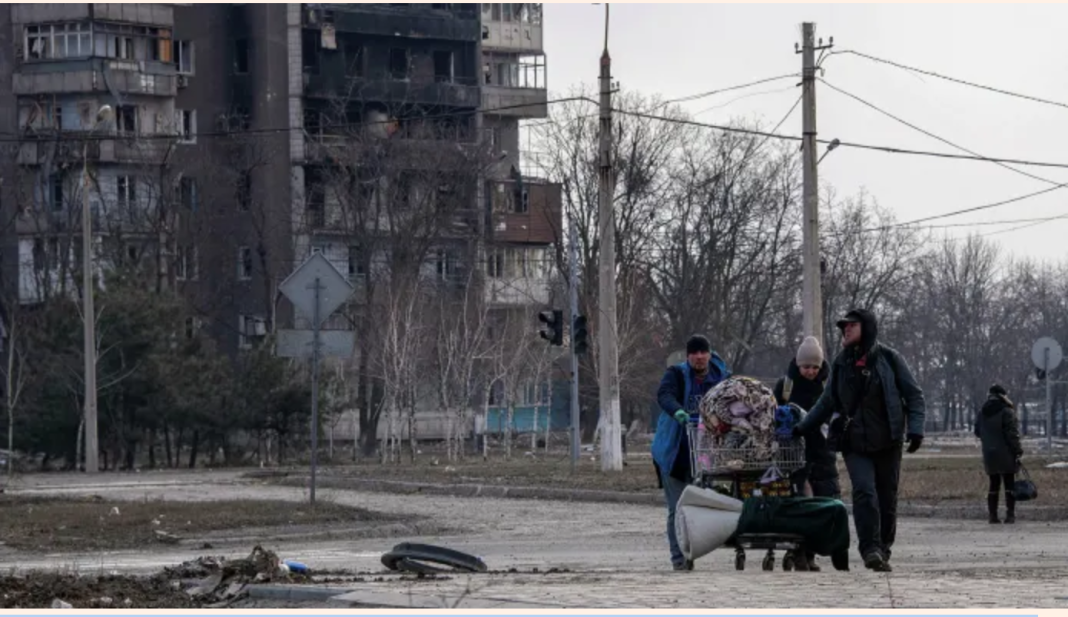 Russia has given Ukrainian forces a Monday deadline to surrender control of the besieged port city of Mariupol, the scene of some of the heaviest fighting since Russia launched its invasion of Ukraine more than three weeks ago.

In a statement carried by Russian state news agency RIA Novosti, Moscow’s defence ministry said it was opening humanitarian corridors out of Mariupol from 10am local time on Monday and told Ukrainian forces defending the city to lay down their arms and leave.

It demanded Kyiv respond in writing to its ultimatum by 5am on Monday. Russia — which has framed its invasion as a “special operation” to “liberate” Ukraine — claimed Kyiv was using “Nazis”, “foreign mercenaries” and “bandits” to hold up to 130,000 civilians hostage.

Despite overwhelming evidence to the contrary, it has denied any responsibility for the overwhelming civilian casualties in Mariupol and blamed them on “provocations” by Ukrainian nationalists.

The ultimatum came as fierce fighting engulfed Mariupol on Sunday, with Russian forces tightening their grip and bombing a school where about 400 residents were sheltering. The eastern port city has been devastated by relentless shelling, with whole neighbourhoods reduced to piles of smouldering rubble.

Electricity, gas and water have been cut off and trapped residents are without food. Ukraine’s armed forces said the situation was “difficult: there is famine in the city, street fights, people are trying to leave”. Local authorities in Mariupol said “civilians are still under the rubble” after the school bombing.

Russia’s advance in Mariupol came after Kyiv said it had been cut off from the strategically important Sea of Azov, a conduit to the Black Sea. Capturing Mariupol would give the Russians control of a swath of Ukraine’s southern coast. Kyiv also said Moscow had used its new hypersonic missiles against civilian areas elsewhere in Ukraine, in the first confirmation that the Kremlin had deployed the weapons in the conflict.

Moscow said it used the Kinzhal, which it claims can travel at 10 times the speed of sound, twice in the past three days: to destroy a fuel depot in southern Ukraine and to target a munitions storage facility in the country’s west.