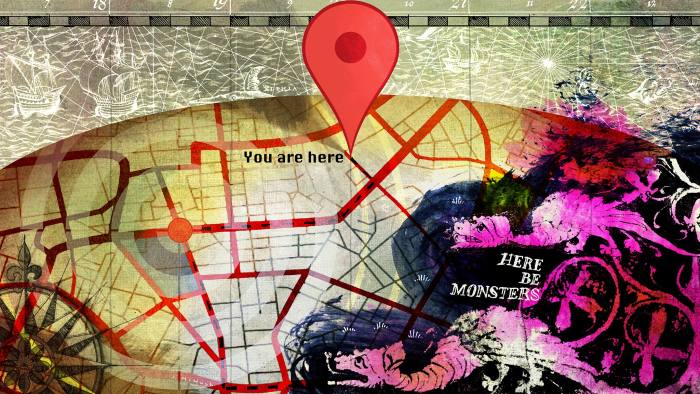 When Apple suspended sales of iPhones and other products in Russia this week, it also made a subtler intervention. Along with Google, it turned off traffic updates for its live mapping service in Ukraine as a precaution against the invading army using it to attack. Russia has its own satellite imagery and mapping tools, rather than relying on Apple to plan its advance.

But the first external sign of the invasion came when a traffic jam caused by a military column appeared on the Ukrainian border, and was spotted on Google Maps by a professor in California. It was a visual clue in the information war. Maps are essential in wartime. Since Russia’s invasion started, there has been a constant flow of videos and photographs on social media, and front-line correspondents and camera crews provide in-depth coverage. We cannot grasp the scale of the conflict without seeing the locations of Kyiv and Kharkiv, or how the Dnipro river crosses the country.