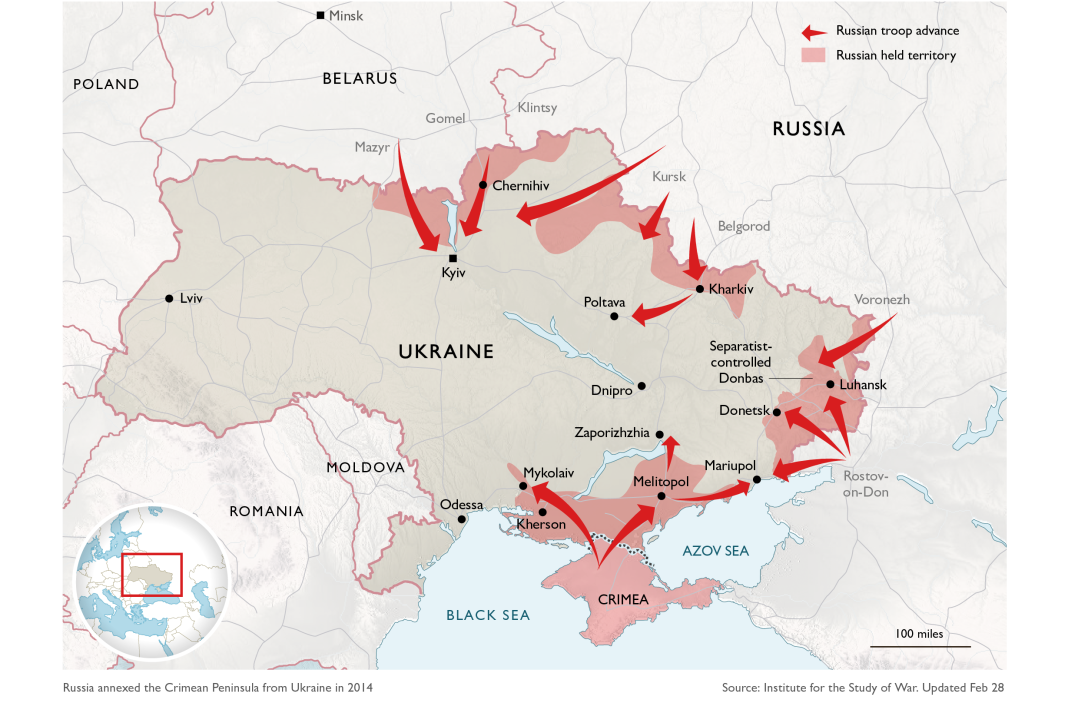 The attacks took place while Russian and Ukrainian officials met on the Belarusian border to discuss a ceasefire. The talks ended with no breakthrough. 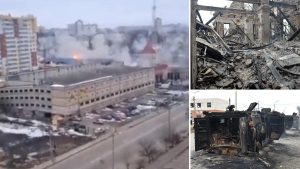 Russia also faced deepening isolation and economic turmoil as Western nations, united in condemnation of its assault, hit it with an array of sanctions that created ripple effects around the world. Global shares slid and oil prices jumped.

But Russian President Vladimir Putin showed no sign he was reconsidering the invasion he unleashed on Russia’s western neighbour last Thursday. He dismissed the West as an “empire of lies” and replied to the new sanctions with moves to shore up Russia’s crumbling rouble currency.

The Russian invasion – the biggest assault on a European state since World War Two – has failed to make the decisive early gains that Putin would have hoped for. But Kharkiv in Ukraine’s northeast has become a major battleground.

Regional administration chief Oleg Synegubov said Russian artillery had pounded residential districts even though no Ukrainian army positions or strategic infrastructure were there. At least 11 people had been killed, he said. 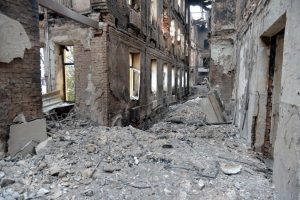 “This is happening in the daytime, when people have gone out to the pharmacy, for groceries, or for drinking water. It’s a crime,” he said.

Earlier Interior Ministry adviser Anton Herashchenko said Russian rocket strikes on Kharkiv on Monday had killed dozens of people. It was not possible to independently verify the casualty figures.

Video posted by the military showed thick columns of smoke rising from apartment blocks and flashes of flames.

Moscow’s United Nations ambassador, speaking in New York, said the Russian army did not pose a threat to civilians.

Fighting also occurred throughout the night around the port city of Mariupol, the head of the Donetsk regional administration, Pavlo Kyrylenko, said. He did not say whether Russian forces had gained or lost ground.

Russian forces seized two small cities in southeastern Ukraine and the area around a nuclear power plant, according to the Interfax news agency.

The capital Kyiv remained under Ukrainian government control, with President Volodymyr Zelenskiy, dressed in military gear, encouraging his people with a series of defiant messages.

Explosions were heard in the city before dawn and Ukrainians set up checkpoints and blocked streets with piles of sandbags and tyres as they waited to take on Russian soldiers.

On Kyiv’s streets, signboards normally used for traffic alerts showed the message: “Putin lost the war. The whole world is with Ukraine.”