What role has Gerhard Schröder played in all this? 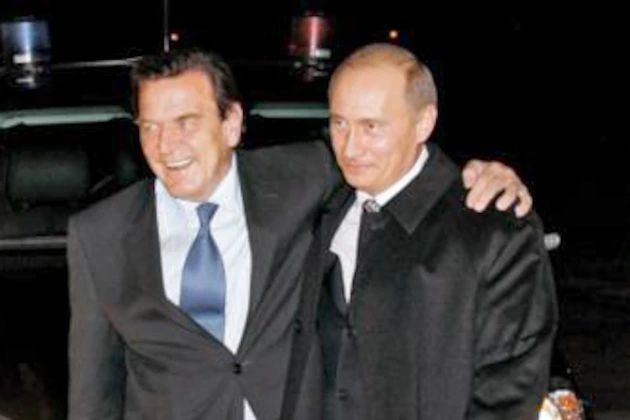 Gerhard Schröder, 77, the former German Chancellor, chairman of the Russian energy giant since 2017, has long claimed a close friendship with Vladimir Putin. He has long been the doyen of “Putin-understanders“, and key to the agreement on the Nordstream 2 pipeline.  One of his last acts as Chancellor in 2005 – days after he had been voted out – was to sign off the deal creating the Nord Stream 2 project. Soon after, he became chairman of the company behind it – the first of several directorial positions he has taken at Russian energy companies. (Reuters on murky background of Nord Stream 2, which would by-pass transit countries and double gas deliveries to Germany.)

At the end of January this year, he was still calling arms deliveries to Ukraine “sabre rattling”. As for Putin, he praised the former SPD (Socialist) leader as a “decent man” – this during Chancellor Olaf Scholz‘s inaugural visit to Moscow.

Since Russia’s recognition of the separatist regions of Luhansk and Donetsk, however, Schröder has conspicuously gone to ground.

Even his fifth wife, So-yeon Schröder-Kim, has spoken out. This week she wrote on Instagram: “Many people have contacted me asking if my husband could talk to Mr Putin about the Ukraine crisis. But that would only be possible if the German government seriously wanted to. Unfortunately, this is not likely to happen.” The posting has since been deleted. Other “Putin-understanders) are similarly silent as they search squirming for a plausible U-turn.

Fokus magazine in Germany has been relentless in pursuing Schröder’s trail, noting that last year he drew € 700,000 from the fund for former Chancellors’ office expenses, and was already in the sights of the German secret service (BND) several years before he became Chancellor in 1998. In the Tagesspiegel there are also ever more hostile comments about his loyalty to Putin and Russian policies, and the damage he is doing to Germany’s reputation.