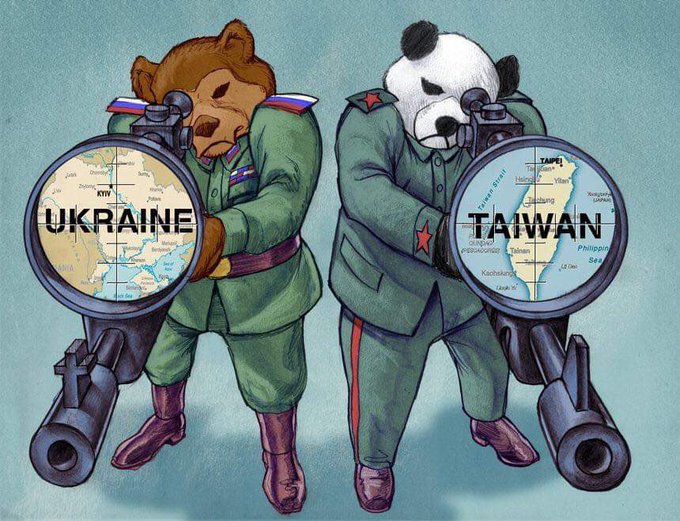 The Ukraine crisis engineered by Russian President Vladimir Putin with cyber attacks last month and many weeks of large-scale troop movements is becoming ever more ominous. Yet the “Putinversteher“, as they are known in German – but they exist everywhere – have long undermined a coherent Western strategy for standing up against the tightening Putin dictatorship.

Otmar Lahodynsky, recent AEJ President, has kept up a steady and detailed critique of the Putin fan club of Russia “experts” and mainly rightist opportunists who urge caution, or outright sympathy, with Putin.

In an explosive article for Die Presse which is making waves in  political and diplomatic circles, Lahodynsky slams the shoddy and often lazy-minded way politicians have allowed the Putinversteher to undermine any serious or credible policy towards Russia’s strident and increasingly provocative attempts to restore the Soviet Union Putin so misses.

Putinversteher have been especially vocal about the supposed legitimacy of Putin’s machinations, even as his regime becomes increasingly shameless and murderous. A potential war looms. Lahodynsky wonders why the Putinversteher have suddenly gone so quiet. Meanwhile the key players have, like Schröder, drifted off into well-paid Russian sinecures.

Otmar Lahodynsky argues that the Putinversteher have pushed neutral Austria to the sidelines during a critical post-Cold War débâcle in which the unpredictable and ruthless Russian president is calling the shots. Austrian politicians have often presented themselves as “bridge builders” between East and West, he writes.

But no constructive proposal can nowadays be heard from these “Putin-understanders”. Former Federal Chancellors who sat or still sit on the supervisory boards of important Russian companies, such as  Wolfgang Schüssel or Christian Kern, should have started a mediation mission in Moscow long ago. They could try to contribute to de-escalation and find out what Vladimir Putin really seeks to achieve with his war-drumming and troop deployments – and where a peacemaking compromise might be found.

But they prefer to leave things at finely-balanced attempts at explanation, as most recently Christian Kern did in the ORF programme Im Zentrum. In his closing remarks the former Chancellor put Russian military threats on a par with those of the USA .

Briefly Chancellor himself, Foreign Minister  Alexander Schallenberg also followed this example. Star ORF tv journalist Armin Wolf on ZiB 2. asked him whether Putin was a “flawless democrat” – as former German Chancellor and Putin intimus Gerhard Schröder, (just promoted to the board of Gazprom) says? Or “a killer” as US President Joe Biden describes him?

Schallenberg said the truth lay “somewhere in the middle” – which is about as neutral as it gets.

Heinz Fischer (below) former Austrian President, is also one of the 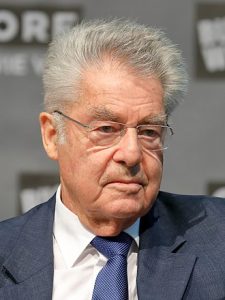 Austria’s Putinversteher form a broad alliance of left-wing pacifists, right-wing nationalists, bourgeois critics of the US, and business bosses who worry about their businesses. In the socialist SPÖ, they are often an expression of an attitude with which Social Democrats used to admire the successes of Soviet Communism. Heinz Fischer is a prominent representative of this group. “NATO weapons on the border with Russia do not support peace and stability,” Fischer said in the online medium Fair Observer when asked about Russia’s threat to station medium-range missiles in Europe. Fischer had met Putin – following the tradition of his predecessor Thomas Klestil – no less than eight times during his term in office; in June 2014 he invited him to the Hofburg just three months after the annexation of Crimea. And now he has repeated the theory, so far unsupported by any documents, that Mikhail Gorbachev had only allowed the GDR to join Nato in the course of German reunification on the promise that otherwise no parts of the Soviet Union or Eastern European countries would be allowed to join. Yet in 1990, when German reunification was negotiated, the dissolution of the Soviet Union was not in prospect. The only written agreement on Nato concerned Berlin’s promise not to build Nato bases on the territory of the former GDR. This promise was, incidentally, kept.

In the ÖVP, bourgeois anti-Americanism – strengthened by the Waldheim affair – is often noticeable. As a counter-reaction, this led to a naïve pro-Russia attitude that ignores all violent or undemocratic actions of the Putin system. One representative of this school of thought is the former Federal Council member Gottfried Kneifel (ÖVP). He complained in a commentary in the Wiener Zeitung that the “US-Nato sphere of influence has been pushed right up to Russia’s doorstep…along with the nuclear weapons that go with it”. Kneifel also showed understanding for an extension of Russia’s zone of influence to Eastern European countries. But he overlooked a major difference: the rounds of Nato expansion all took place with the consent of the respective people, through parliament and government, often also secured by a referendum. Putin occupies parts of other countries – or perhaps soon a whole one – without their consent, and has thus become the biggest recruitment officer Nato has ever had. Given that it was largely irrelevant until a few years ago, no mean achievement.

He has complained more about the EU sanctions than about Putin’s steps triggering them. “A certain detachment from the Americans certainly does no harm”, says Leitl, who is also co-chair of the Sochi dialogue forum between Austria and Russia.

The far-right FPÖ (Austrian Freedom Parry) has long been a veritable hoard of unconditional Putin fans. The FPÖ-backed former Foreign Minister Karin Kneissl, who now works for the Russian energy company Rosneft, had invited Putin to her wedding after the annexation of Crimea. FPÖ politicians Heinz-Christian Strache, Norbert Hofer, John Gudenus and Harald Vilimsky concluded a “cooperation agreement” with Putin’s United Russia party in 2016. In the notorious FPÖ-affiliated magazine Info-Direkt, Putin was emblazoned on the cover with the headline “We need someone like him” with countless words of praise for him in the paper. Only the new FPÖ leader Herbert Kickl, former interior minister, has now decided not to extend the expiring cooperation agreement because he “no longer saw any sense” in it.

Like Hungary, Austria is now seen in the EU as an unreliable cantonist with an aversion to harsh sanctions. Bizarre actions by senior Viennese diplomats, such as passing on the Novichok formula to the fugitive Wirecard manager, have rightly aroused mistrust.

The constructive role of Austrian diplomats like Martin Sajdik in the OSCE peace mission to negotiate the – so far – unfulfilled Minsk Agreement has faded into the background. So has Austria’s role as a neutral mediator. It was probably no coincidence that Putin and Biden met in Geneva and not in Vienna.

Together with Germany, the Austrian government now wants to see the Nord Stream 2 gas pipeline left out of EU sanctions plans. But how, after military aggression by Russia, is it even thinkable to continue to support the opening of the pipeline when exports currently represent a third of Russia’s state revenues? The former Ukrainian ambassador to Austria, Olexander Scherba, said openly it was a betrayal.

In truth, it was an error on Austria’s part to have made itself so heavily dependent on Russia for 80% of its natural gas supplies. The rejection of sanctions against Russia, which has been common among domestic politicians until now, should be reconsidered due to the lack of alternatives to military intervention, which nobody wants.

In 2017 the then Ukrainian Foreign Minister, Pavlo Klimkin, told me: “EU sanctions are the most important reason why Russian aggression against Ukraine has not moved much closer to the EU border.”

That, by the way, is rather closer to Vienna than Bregenz (651 km).

♦ Anne Will NDR talkshow last night (06/02/22) with among others Anne Applebaum: “Words or weapons? – where does Germany stand in the Ukraine conflict?” (in DE)

New Europe (05/02/22). Lahodynsky on why new sanctions are inevitable

♦ Politico, June 2017, on expanding US sanctions against Russia:  “Europe’s energy supply is a matter for Europe, and not for the United States of America”