Method or madness? The Putin doctrine 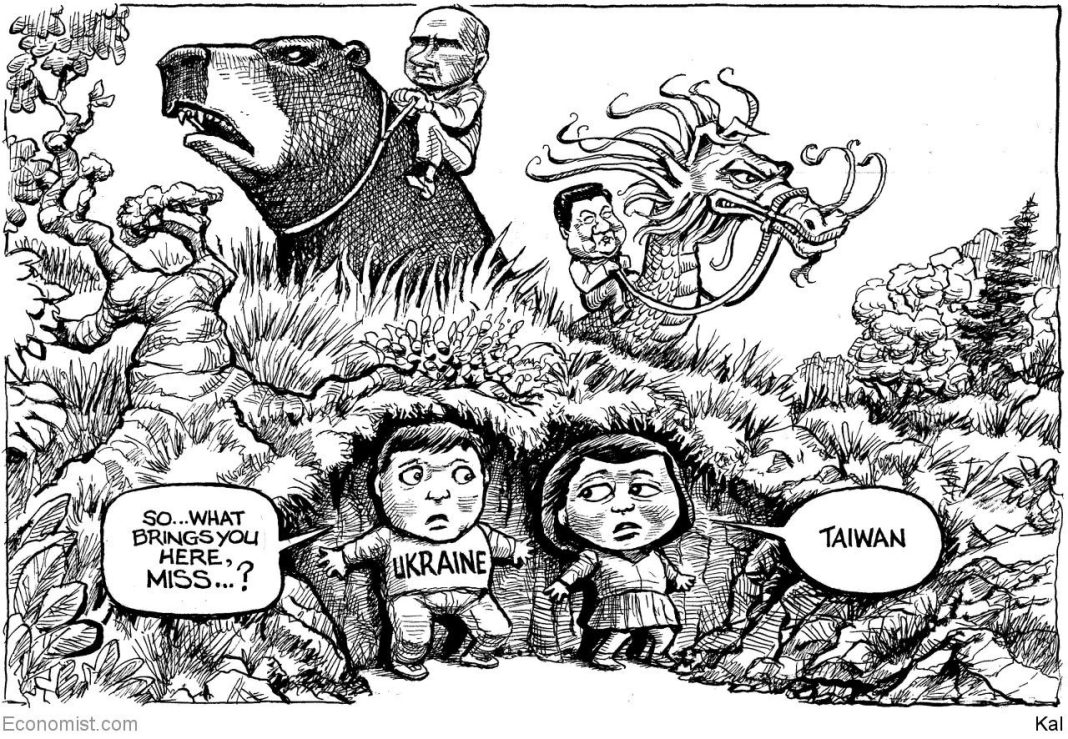 Will the red queen vanquish the white knight?

In chess parlance the West is “zugzwanged“: whatever move it makes to combat Russia is likely to be to its disadvantage. It is not so much blindfold chess, as blindfold boxing. Only President Putin and his closest advisers know which way the game is going to go, as they will be landing the punches. Most Western politicians and policymakers are inclined to think that the Russian leader knows that all-out war would be folly, while others – like the Americans – adjudge him mad, bad, and out of touch.

So will Putin the Rational take the final decision, or Vlad the Bad? That is the question posed by one of Britain’s top commentators, Gideon Rachman of the Financial Times. “Most western policymakers believe in Putin the Rational…but others think that Putin has been in power for too long and is growing increasingly out of touch and paranoid. His isolation during the pandemic has made matters worse. Vlad is listening to a dangerously small circle of nationalist advisers.”

As evidence that Putin the Rational has morphed into Vlad the Mad,  some point to the Russian leader’s recent penchant for publishing long, nationalist essays on history and culture. “There was his 5,000-word blast on the “Historical unity of Russians and Ukrainians” published in July — which portrayed the independence of Ukraine as a historical aberration.”

In 2020 Putin published another magnus opus in which he argued that Britain and France encouraged Nazi Germany to attack the Soviet Union and how the USSR subsequently won an “epic, crushing victory over the Nazis and saved the entire world.” The eccentric interpretation of the origins of WWII did little to assuage the opinions of those who would doubt his complete sanity.

“Hopes that Putin may make a rational calculation to turn away from conflict have been raised by some of his recent comments,” argues Rachman. His suggestion that the US is deliberately trying to goad Russia into a war could be seen as preparing the ground for a climbdown. “After all, why go to war — if that is what your enemy wants you to do?”

Night of the very long table

However, any such hopes scarcely chimed with the visit of President Emmanuel Macron of France to Moscow on Monday. They sat for more than five hours at a vast white table so long they could have justified using semaphore. Scarcely had Macron’s plane taken off for further talks in Kyiv with the Ukrainian President than the ground was being cut from under his diplomatic “triumph” by the Russians.

With the White House warning of an imminent attack by the 140,000 Russian troops just outside Ukraine, Macron’s visit to Moscow held out the remote possibility that a diplomatic path could be found to lower the temperature. But any such hope was dashed by Putin himself at the press conference afterwards.

Here Putin refused to rule out an invasion of Ukraine and suggested that if it joined Nato, Europe would be dragged into a war, particularly if the Ukrainians sought to re-establish control over Crimea, annexed by Russia in 2014.

“If Ukraine is a member of Nato and goes to retrieve Crimea through military means, European countries are going to be dragged automatically into the conflict with the Russians,” Putin said.

Speaking to a French journalist and jabbing his finger at her, he said that Russia was a bigger nuclear power than Europe. “You would be dragged into this conflict against your will. You wouldn’t even have time to react.”

He said that neither he nor Macron would choose “this scenario” and accused the French President of dragging out the meeting so long – it lasted nearly six hours – that “he was almost torturing me.”

Putin caused further controversy when he used a crude Russian expression to make his point that he believes Kyiv should implement a 2015 agreement designed to end a conflict with Russian separatists in the country’s Donbas region. “You may like it, you may not like it — deal with it, my gorgeous,” Putin said of Ukraine’s president. The expressohe used, derived from a Russian rhyme, is one that feminists denounce as the sort of language use to justify rape.

In a further slight to Macron, Kremlin spokesman Dimitri Peskov suggested that the only country with which Moscow would deal was the US. “France holds the presidency of the Council of the EU, and France is a member of NATO, where Paris does not have the leadership. In this bloc, leadership belongs to a completely different country. What deals can we even talk about?” Peskov asked.

In Kyiv with Ukraine’s president, Volodymyr Zelensky, who was playing host during his flying visit, Macron added: “You must not underestimate the tension that surrounds the situation that we are living through, its unprecedented nature.”

He told reporters that his visit to Moscow had been a success and that he had won a commitment from Putin to avoid heightening tensions. “I obtained that there will be no degradation nor escalation,” he said. “My aim was to freeze the game, to prevent an escalation and open up new perspectives. This objective for me is fulfilled.”

Ukrainian foreign minister Dmytro Kuleba told reporters that the Russian government was seeking to force a settlement on Ukraine to destabilise the country’s internal politics in ways that might benefit Russia, without having to resort to military action despite having deployed around 140,000 troops near the border, according to U.S. and Ukrainian officials. He said that Ukraine could not be forced into agreeing to Russia’s terms on the settlement deal, known as the Minsk accords, according to the New York Times.

“We see that Russia’s current baseline scenario is to try to destabilise the internal situation in Ukraine by using the threat of force, but not of the armed forces themselves,” Kuleba said.

“I have said many times, including yesterday, that we are open to dialogue, we are constructive, we are looking for a diplomatic solution, but we will not cross our red lines, and no one will be able to force us to cross them,” he said.

The United States and NATO have flatly rejected Russian demands to cease the bloc’s expansion into parts of Eastern Europe that Moscow considers part of its sphere of influence. And the US has vowed to kill the proposed Nord Stream 2 gas pipeline from Russia to Germany. That could yet prove a deus ex machina defence against the man who seems to hold most of the cards – or at least, gives the impression that he does.

♦ Moscow: Lessons of the 75th anniversary of World War II by Vladimir Putin. The National Interest (18/06/20)