Behind the scenes of the invented Ukraine crisis 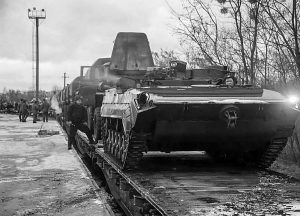 What does Putin really want?

Putin’s confected crisis in Ukraine has brought out some of the best and best-informed journalism in years. This despite a blizzard of fake and manipulated “news”.

Some of the most accurate has come from Al Jazeera, with 80 bureaux it is now one of the largest news organisations in the world. Endowed by the Qatar government, Al Jazeera’s reportage – with shared news-gathering with the BBC for over a decade – stands out for its serious independent reportage.

Its coverage of the Ukraine débâcle, for instance, includes solid reportage of Russian-Belorussian military “exercises” with which Ukraine is effectively encircled. It also reports well on US troop movements in eastern Europe. And it is even-handed about what it all means. Here, for instance, is its account of Vladimir Putin’s motives and ambitions.

Getting it all right and guessing Putin’s next move have been some of the biggest challenges to international journalism since the Cold War, and to Western politicians thanks to constant media game-playing and disinformation from Moscow.

♦ Aljazeera 31/01/22 How is conflict being reported in Russian media?