Lviv, City of Lions, Prepares to Battle the Russian Bear 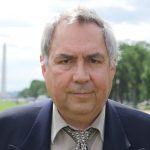 This week ominous indications mounted that a Russian attack on Ukraine would happen soon because the Kremlin was staging the very type of fake attacks against Russian ethnics that US and UK intelligence predicted would happen to manufacture a pretext for a new invasion of Ukraine. It’s a tried and tested formula.

While Ukrainians were apprehensive, there was no panic in its large cities – the capital Kyiv, and Lviv, the picturesque tourist city in the country’s west, near the Polish border. However, the Kremlin created genuine consternation in the tinderbox areas of Donetsk and Luhansk on Friday (Feb 18), in the largest cities held by pro-Moscow forces in Ukraine’s eastern Donbas area.

On Friday the Donetsk authorities said they would evacuate 700,000 people to protect them from a fictional Ukrainian attack that is not going to happen. In what seemed a deliberate effort to whip up more panic, they published photos of people lining up to draw out cash at ATMs. Ukrainian cynics predict that a bus or car full of fleeing refugees might soon be blown up by the Russians with graphic Saddam Hussein-style photographs of dead babies.

The pro-Russian side began artillery shelling against the Ukrainians midweek, accusing them of shattering the shaky ceasefire there which had held for several weeks. One of the Russian shells hit a kindergarten on the Ukrainian side but Moscow’s TV and other media immediately claimed that photographs of the damaged building were in the Russian occupied areas.

Kyiv brought 40 western journalists to the damaged kindergarten to disprove the Russian claim. Which should have sent that lie to kingdom come. But in the Russian media, the fake claim robustly continues its life as a layer of the Kremlin lies being churned out to convince Russians that Ukraine is out to get them, and to provide a casus belli. However diaphanously thin.

As the West accused Moscow of lying about withdrawing its troops from around Ukraine, the country’s western city of Lviv has emerged as a fallback centre of government should the country’s capital, Kyiv, be overrun. Although many Ukrainian senior administration members , military and intelligence figures are not convinced that a Russian attack is inevitable, they admit that the probability of an attack – possibly to take all the country or, more likely to shear off a portion – is at the highest for eight years.

President Joseph Biden, other western leaders and NATO said that Moscow’s claim earlier this week it had started to withdraw some of the estimated 190,000 troops encircling Ukraine were plain lies and the Kremlin had, in fact, deployed an additional 7,000 troops at Ukraine’s borders. Ukrainian President Volodymyr Zelensky said his country had not seen “any troop withdrawal yet.”

A senior Biden official said that Russia “could launch a false pretext at any moment to justify an invasion of Ukraine.” There were reports of fighting violating a ceasefire from both Ukrainian and pro-Russian forces facing each other in eastern Ukraine’s Donbas conflict zone.

The Ukrainian military reported that heavy Russian artillery had hit the town of Stanysia Luhanska, knocking out much of the electricity supplies there. Ukrainians had hoped the Kremlin’s declarations about withdrawal were genuine and meant that de-escalation and some sort of peace, however precarious, was in the offing. News that the Kremlin seems to be increasing its attack capabilities has left them perplexed and nervous about Russian intentions.

While many cities in Ukraine’s eastern and southern coastal areas, and even Kyiv, are viewed as the likeliest early targets of any Russian attack, Lviv, close to the border with European Union and NATO neighbour, Poland, is seen as less vulnerable. The US, Canadian, German, Australian and some other diplomatic missions have moved their operations there.

Lviv was founded in the 13th century by Ruthenian King Danylo. Ukrainian historians say that the term Ruthenian denoted the people who were later called Ukrainians. Danylo named his city after his eldest son, Lev – the word for lion. Lion images and statues figure in the city’s symbols, including its coat of arms, hence the reason for calling it the city of lions. In later centuries Lviv had Polish masters, was part of the Austro-Hungarian Empire and developed into a vibrant city with a population of Poles, Jews and Ukrainians.

Lviv was the place where Ukrainians’ dreams of nationhood and independence were revived in the mid-19th century. The city became the site of some of the 20th century’s most horrific and bloody tragedies during World War Two when millions of Ukrainians, Poles and Jews died. At the end of the war the city became part of Soviet Ukraine and, of course, became independent following the disintegration of the USSR in 1991.

Because of its historical and cultural ties Lviv became a bridge to the West and an important channel for the influences that saw demands for democracy and human rights gradually become solidified in the country. Along with other West Ukrainian cities, it  passionately supported the mass pro-democracy demonstrations in Kyiv which began in late 2013 after then President Viktor Yanukovych reneged on promises of closer ties with the EU and the West.

Instead he made a deal with Russian President Vladimir Putin take Ukraine back into Moscow’s orbit. The protests turned into a revolution which ousted Yanukovych, who fled to Russia. Putin took advantage of the chaos to occupy and then annex Ukraine’s Crimean peninsula. He then ignited a war in Donbas where “separatist” fighters and Russian mercenaries created, supplied and controlled by Moscow have battled against Ukrainian troops for nearly eight years.

As Russia built up, since last year, troops around Ukraine the city’s longtime mayor, Andriy Sadovyi, said that Lviv’s 800,000 inhabitants began preparing to not only defend their homes but also care for large numbers of refugees expected to flee westwards in case of a large-scale Russian attack.

Lviv authorities have prepared 6,000 places as shelters in case of air or missile attacks with their locations shown on the city administration’s website and circulated in newspapers. He said: “We have taken measures to ensure that Lviv continues to have electricity and clean water supplies and we have laid in three months of reserves medicines and other medical supplies.”

Estimated numbers of refugees vary from hundreds of thousands to millions. Poland earlier this month said it had plans to take in one million refugees fleeing across its border with Ukraine. Sadovyi said that Lviv is coordinating with other cities in towns in western Ukraine to share the burden of absorbing refugees between them. He said some 8000 soldiers from Lviv had served in the conflict in the east of the country with more than 100 being killed.

“These soldiers are risking and giving their lives to defend our country including this city and my job is ensure that Lviv is as safe and secure as possible for their families,” he said. Earlier this year city authorities began training sessions that have already seen hundreds of people from all walks of life learn how to use firearms and to perform first aid. Saydovyi said: “Every man or woman in Lviv should be able to shoot. Weapons will be available for everyone who wants to fight.”

He said that thousands without previous military experience as well as veterans of the conflict which began in 2014 have volunteered defend Lviv in case of Russian attack. He said he completed conscript duty as a young man. “I go shooting and I’m pretty good. Of course if it becomes necessary I will stand and fight.”

Talking about the Kremlin’s contradictory and puzzling declarations, Sadovyi said he couldn’t predict what will happen. “Putin is sick man to be considering starting a European war in 2022. We are living at the abyss of a conflict between democracy and tyranny – that’s what the fight is about here. It will decide the fate of democracy not just in Ukraine but the rest of Europe and beyond.”

Sadovyi is credited with transforming Lviv – with its magnificent Habsburgian architecture, winding cobblestone streets and laidback pavement cafe atmosphere reminiscent of Prague – into a thriving tourist destination drawing two and a half million visitors annually before the Covid pandemic. He said Lviv had bitter historic experience of fighting Russian occupation and would face any fresh challenge by a display of “the honour and resilience of Ukrainian people.” Alluding to Lviv’s affectionate tag as the city of lions, Sadovyi said: “The Lviv lion is usually a friendly animal that welcomes tourists to our city. But if the Russian bear dares to wander in here that lion will become a fierce beast that will chase the lion all the way back to its lair,” he said.