We have to talk about Hungary and Poland

No money for thieves

For the governments of Hungary and Poland, it was a slap in the face. On February 16, the European Court of Justice rejected the complaints of the two countries against the new “conditionality mechanism”. This ensures that EU subsidies do not flow to members of the bloc in which the principles of the rule of law are violated. The new regulation was adopted at the end of 2020 to protect the EU budget.

The right-wing governments of Poland and Hungary immediately complained to the EU’s highest court. Supreme judges in Luxembourg have pointed out that the rule of law is an integral part of EU membership that a member cannot renounce. In addition, the new regulation is neither disproportionate nor exceeds the powers of the bloc.

From here on in, the ball is in the Commission’s court. President Ursula von der Leyen can now propose a reduction in EU funds, butthe European Council still has to decide with a “double majority” – i.e. a majority of the 27 EU members that also make up a majority of the EU 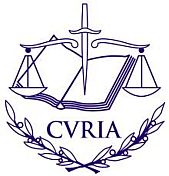 population – which will take a few more months. But the court ruling is an important step towards enforcing basic European values ​​if they are massively restricted in some countries.

In addition, such punitive measures are a prerequisite for the admission of future members to the EU. After all, how else can you demand reforms to ensure the independence of the judiciary or measures against corruption from the candidates in the Western Balkans if these requirements are not even followed by older members of the bloc?

The verdict of the European Supreme Court is also in line with earlier decisions. Two penalties were previously imposed on Poland and the right-wing government led by the PiS party has had to pay €1 million a day since last autumn as long as the country’s disciplinary tribunal, where judges arbitrarily transfer or punish, persists. The second fine – €500,000 per day – concerns the non-closure of a polluting brown coal mine in Silesia.

Poland’s government has so far refused to comply with these demands or to pay the fines. These funds can now be deducted from the EU subsidies, which are considerable. Poland receives €36 billion a year, Hungary more than €7 billion.

Hungary and Poland naturally reacted with outrage at the ECJ ruling. Poland criticized the verdict as an attempt to rob EU members of their freedom, Poland’s Justice Minister Zbigniew Ziobro said. His Hungarian counterpart, Judit Varga, has said the decision was “a political verdict” and “abuse of power”. The Hungarian governing party Fidesz spoke of a “political revenge campaign against Hungary”.

The verdict is another attempt to put pressure on Hungary over its law restricting information about homosexuality and transsexuality. On the other hand, there was jubilation and malice among the opposition in both countries. The ECJ has decided that it “does not give money to thieves,” said Peter Marki-Zay, the joint top candidate of the Hungarian opposition, for next April’s parliamentary elections.

The Polish liberal daily Gazeta Wyborcza, which is affiliated with the Citizens’ Platform (PO), welcomed the ruling from Luxembourg: “Our country promised to be a state governed by the rule of law when it became a member of the EU. So far, the EU has not seen an example of a member state violating these rules so blatantly as Hungary and Poland are doing now. Without the rule of law, the EU cannot function and cannot control spending.”

The new mechanism is connected with the EU budget, but it is, of course, not a panacea against the dismantling of democracy and restrictions on press freedom. Because it can only be used where there is a connection to EU funds. Poland, for example, has a good track record when it comes to handling subsidies, and the restructuring of the judiciary by the national-populists has not had any effect (at least so far). For this reason, and because of Poland’s important role in the Ukraine crisis, the EU is likely to target Hungary’s government first.

Another procedure is already underway against them for the misuse of EU subsidies. Of course, Brussels will first wait for the outcome of the parliamentary elections in Hungary in early April. Hungary’s prime minister, Viktor Orbán , had already taken an anti-European course in the election campaign when he accused the EU of becoming more and more like a dictatorship. If this development is not stopped, Orbán said, then Hungary’s exit from the EU can no longer be ruled out.

Orbán, who has close relations with Russian President Vladimir Putin, is undermining the EU’s unity in standing against a possible invasion of Ukraine. With his recent visit to Moscow, Orbán gave the Kremlin a good opportunity for new broadsides against the “West” and NATO, to which Hungary belongs. Orbán asserted that his country would not accept any “foreign troops” from NATO and that it did not feel threatened by Russia.

At least on this issue, there is no consensus between Hungary and Poland.

Of course, the European Commission must ensure that measures in connection with violations of fundamental European values ​​are not only aimed at Poland and Hungary. Between Western and Eastern Europe the wedge could be driven even deeper. And of this comes at a time when Europe has to stand together against Russia, which is becoming increasingly aggressive towards its neighbors.