Unlike Putin, the West doesn’t know what it wants in Eastern Europe

Timothy Garton Ash is professor of European Studies at Oxford University and a senior fellow at the Hoover Institution, Stanford University. This article first appeared in the Canadian Globe and Mail newspaper, published earlier this month. 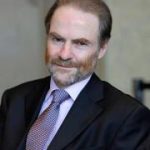 As Russian President Vladimir Putin’s troops mass on the frontiers of Ukraine, threatening the largest war in Europe since 1945, the whole world is trying to guess his intentions. The strategic question the democracies of Europe and North America need to ask is: What are our intentions?

Mr. Putin’s long-term goal in eastern Europe is, in fact, perfectly clear. He wants to restore as much as possible of the empire, great power status and sphere of influence that Russia lost so dramatically 30 years ago, with the disintegration of the Soviet Union in December, 1991. It is only his tactics that keep us guessing. Since 2008, when he secured two secessionist chunks of Georgia by force, and most certainly since his seizure of Crimea in 2014, it has been evident that he is ready to use any and all means, from diplomacy and disinformation to cyberattacks, poisoning opponents and outright war.

The West has contributed to this crisis by its confusion and internal disagreement about our strategic goal in eastern Europe. Essentially, the West – if one can still talk of a single geopolitical West – has spent the years since 2008 failing to decide between two different models of order in Eurasia, instead pursuing a bit of both and neither properly. Call these models, in shorthand, Helsinki and Yalta. The immediate task is to deter a Russian invasion of Ukraine, but behind that lies this larger choice.

On paper, everyone in the West subscribes to the Helsinki model that began to be developed in the Helsinki Final Act of 1975, was fully articulated in the so-called Charter of Paris for a New Europe in 1990, and is now institutionalized in the Organization for Security and Co-operation in Europe (OSCE). This is to be a Europe of equal, sovereign, independent democratic states, respecting the rule of law and committed to resolving all disputes by peaceful means. More inspiringly, the goal is summed up in the words which a now forgotten American diplomat, Harvey Sicherman, wrote into a speech by president George H.W. Bush: Europe whole, free and at peace.

The alternative model is Yalta. The February, 1945, summit between Joseph Stalin, Franklin D. Roosevelt and Winston Churchill at Yalta in (oh irony of history) Crimea has become a synonym for great powers carving Europe up into western and eastern spheres of influence. Russia’s recent maximalist treaty proposals to the U.S. and NATO amount to demanding what Russian analysts have actually called “Yalta 2.” Only a few outspoken soi-disant “realists” in the West explicitly endorse this model but many more effectively subscribe to some version of spheres of influence.

With the double standards that have characterized western Europe’s approach to eastern Europe for centuries, people who would be totally outraged at the notion that Poland could have a veto over what alliance Germany should join, or Britain over France, are quite happy to give Russia a veto over Ukraine’s alliance choices. Western Europeans who would scream “Fascism!” at any suggestion that territorial claims could be based on the existence of a Danish minority in northern Germany or a German-speaking minority in northern Italy find it “understandable” that Moscow should make such claims on Ukraine. In Brussels and Paris there are many Little Europeans (by analogy with Little Englanders) for whom even today’s EU has extended too far to the east.

Sometimes Yalta is actually cloaked in Helsinki. If, faced with an aggressor who is prepared to use violent means to destabilize and dismantle a European state, you refuse to supply defensive weapons to Ukraine and rely only on diplomatic negotiations and OSCE monitors, you are in effect conceding Yalta while pretending to do Helsinki. You are making war more probable by failing to defend peace. German Social Democrats – once the inventors of the brilliantly innovative West German version of detente known as Ostpolitik – are currently global Exhibit A of the muddled thinking, self-deception and outright hypocrisy which this entails. They represent a kind of shamefaced Yalta, the Yalta that dares not speak its name.

Ever since a major intra-Western row at the April, 2008, Bucharest summit of NATO produced the lousy compromise of a public statement that Ukraine and Georgia will join NATO combined with a private understanding that NATO won’t do anything serious to make that happen, the entire West has been stuck in this state of strategic confusion. The West has been only half-open to Ukraine, just half-supported its independence, territorial integrity and transition to being a viable, sovereign, democratic European state. Ukraine is not in NATO, nor will be any time soon, but NATO is in Ukraine. NATO member states, including the U.S. and U.K., have supplied weapons and have military training personnel there. Ukraine is not in the EU, nor will be any time soon, but the EU is in Ukraine.

The West needs at long last to make the strategic choice. We should decide for Helsinki. The countries currently in the EU and NATO should devote themselves, patiently and consistently, to the goal of Europe whole, free and at peace – not just saying it but meaning it.

An essential component of this long-term vision is that it is genuinely open to a democratic Russia. When some heavyweight elder statesmen from the German security establishment recently proposed that NATO membership should be offered to Russia, some may have dismissed this as wild German Russophilia. But in principle this is exactly right. In the face of an assertive Chinese superpower, there is every reason why a democratic Russia would be a highly desirable member of a defensive security alliance connecting North America, Europe and Eurasia. The relationship with the EU will be more complicated, but the European architecture already accommodates important countries that are not members of the EU. I am writing these words in one of them.

So this strategy is anti-Putin but pro-Russian. A few years ago, even a majority of Russians might have rejected that distinction, implicitly accepting Mr. Putin’s tsar-like claim “La Russie, c’est moi.” No longer. It is unclear whether even a swift reconquest of another corner of the former Russian empire, in what is now Ukraine, would again significantly boost his fading popularity at home, as the seizure of Crimea definitely did in 2014. So frightened is the Putin regime of a political opponent who says he wants Russia to “follow the European path,” Alexey Navalny, that an attempt was made to poison him and he is now locked up in a prison camp.

In politics and diplomacy, as in other areas of life, you need an ability to compromise and to live with imperfect, provisional arrangements. But you should know what you want. Mr. Putin does. So should we.