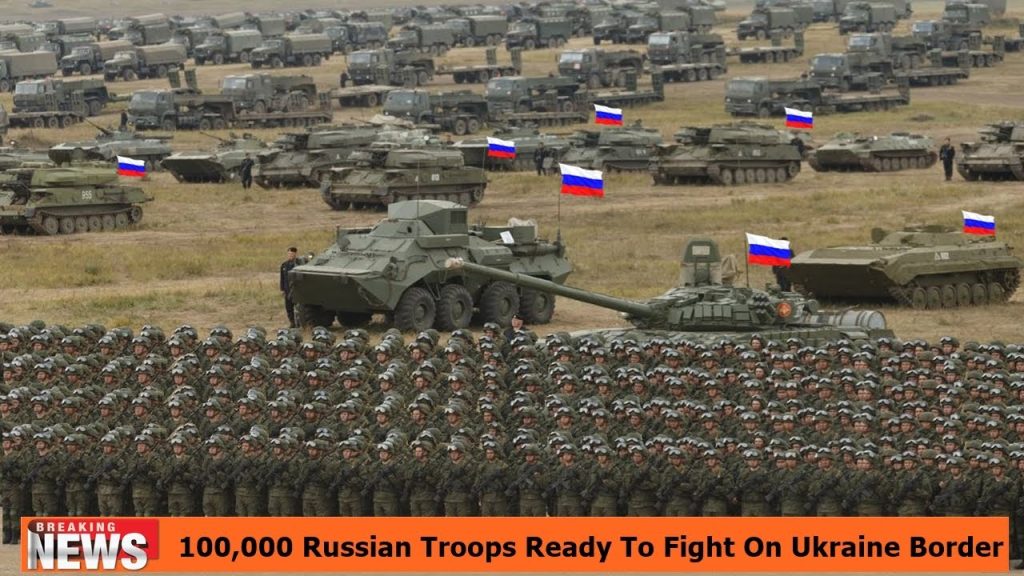 Journalists worldwide have been told by their editors to get their documents in order for a war zone. Few western diplomats have NOT prepared their “go bags”, the stuff you need if you have to leave in a hurry. Nato, meanwhile, is ramping up forces on its eastern border. The stage is set. Only President Putin knows when the curtain will go up. Or, indeed, if it will go up.

The United States and the UK have ordered the withdrawal of significant numbers of embassy staff in Ukraine as the threat of a Russian invasion mounts. First the Americans ordered families of diplomats to retreat then the British withdrew half its Kyiv-based staff.

The US state department said on Sunday all US citizens should consider departing immediately because “security conditions, particularly along Ukraine’s borders, in Russia-occupied Crimea, and in Russia-controlled eastern Ukraine, are unpredictable and can deteriorate with little notice” reports the Financial Times.

Britain’s Foreign Office described the security situation in parts of Ukraine was “highly unstable” with new clashes between Ukrainian armed forces and Russian-backed armed separatists. The threat of “significant military action” was said to be imminent.

The drastic move was not triggered by new security threats, but by the fact that “military action by Russia could come at any time” said State Department officials. However the US and UK embassies would remain open.

Meanwhile the EU diplomatic mission will stay put. “We are not going to do the same thing because we don’t know any specific reasons,” said EU foreign policy chief Josep Borrell on Monday before a meeting of EU foreign ministers in which they will be conducting a video call with Antony Blinken, US secretary of state.

“Maybe Secretary Blinken has more information he will share,” Borrell said. German foreign minister Annalena Baerbock also said that for the moment, Berlin was not withdrawing its diplomatic staff from Ukraine.

Ukraine’s foreign ministry called the US embassy withdrawals “premature”. Oleg Nikolenko, a spokesman for the ministry, said: “While we respect the right of foreign nations to ensure safety and security of their diplomatic missions, we believe such a step to be a premature one and an instance of excessive caution.”

But behind the sang froid there are grave fears in Brussels, as the BBC’s veteran Europe Editor Katya Adler reports. “Europe is now closer to war than it has been since the break up of former Yugoslavia,” says Adler. “Stark words of warning from the senior EU diplomat I’ve just been speaking to (off the record) about current tensions with Moscow, over its huge military build-up on the border with Ukraine. The mood in Brussels is jumpy. There’s a real fear that Europe could be spiralling towards its worst security crisis in decades.

“But angst isn’t wholly focused on the prospect of a long, drawn-out ground war with Russia over Ukraine. Few here believe Moscow has the military might, never mind the money, or popular support back home for that.”

The EU has warned President Putin of “extreme consequences” should he decide to promote push to shove. Germany’s new Foreign Minister Annalena Baerbock was in Kyiv and Moscow beating this drum on Monday.

The rising tensions have also rekindled the Nato debate in both Finland and Sweden as to whether they should now join. Sweden moved hundreds of troops over the weekend to its strategically important Gotland island – which lies in the Baltic Sea. And Denmark strengthened its presence in the region a few days before that.

“But the overarching concern in the West – Washington, Nato, the UK and the EU – is less the possibility of conventional warfare over Ukraine, and far more, that Moscow is seeking to divide and destabilise Europe – shaking up the balance of continental power in the Kremlin’s favour,” writes Adler.

“Poland’s Prime Minister Mateusz Morawiecki told me late last year that the West needed to “wake up from its geopolitical slumber” regarding Moscow’s intentions.” Nato’s secretary general warns the risk of conflict is real and President Biden says his guess is that Russia will move in. The US says it knows of Russian plans to boost its forces near Ukraine “on very short notice”.

The old argument that Nato poses and real and present danger to Russia is a lamentable lie and a mere excuse for the invasion, it is increasingly argued. Anne Applebaum, the American commentator and historian recently wrote an essay in The Atlantic in which she argues that Putin is right about one thing: a free, prosperous, democratic neighbour is a threat to his autocratic regime.

“It’s as if an American president repeatedly demanded that Canadian troops withdraw to the Arctic Circle on the grounds that their presence near Detroit constituted an unacceptable threat, and the rest of the world murmured agreement. In truth, the only logical explanation for this nonsensical posturing is that it is designed to justify a totally unprovoked invasion of Ukraine—or the Baltic states, or who knows where else—sometime in the future, and that’s why it has people worried.”