Our delayed “real” Congress in Eretria, Central Greece, just concluded, marked 60 years of our existence, and 40 for our Greek Section, whose president Saia Tsaousidou (left) was re-elected along with myself as General Secretary. Our new Italian Vice-President is the head of its Section in Rome, Guiseppe Jacobini. and we elected a new Brussels Representative, Gian-Paolo Accardo (France), editor of VoxEurop. Following the resignation of William Horsley (UK Section chairman) after more than 10 years of tireless work, the newly-elected Media Freedom Representative is Kiyriakos Pieridis (Cyprus), and after a similarly long spell as Treasurer, Luigi Cobisi (Italy) has been replaced by ex-Reuters correspondent Pat Humphries (UK/ Finland). He is pictured below with  President Saia.

In a special video message EU Commissioner for Values Vera Jourova (Transparency and Values) spoke eloquently about the EU’s new Media Freedom Act and safeguards for journalists, notably in re SLAPPs litigation. “Journalists should not have to spend time in the courts answering unfounded accusations,” she said.

The Act will also control how governments use public funds for advertising, and protecting against suveillance with spyware, most notoriously Pegasus, most recently in Hungary (see the London Guardian‘s Pegasus Project series), and her  powerful interventions- also those of the Maltese EP President Roberta Metsolis – on the occasion of the Daphne Prize being awarded to a French film-maker investigating the Russian Wagner Group’s deadly mischief-making in Africa: see AEJ live report from Strasbourg.

Two new AEJ projects will dominate the next months.

One is a Europe-wide investigatiion into the ongoing scandal of “golden passports“, a lucrative but fateful  back-alley for scoundrels and worse into the EU. Finland has, 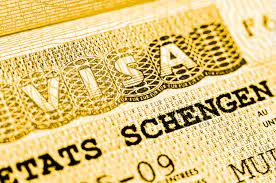 improbably, joined in this racket, already bringing dubious finance and financiers into Europe via, notoriously, Cyprus and Malta, Greece, Portugal, Spain, and despite clear warnings from Brussels about the threat this would pose to future EU membership, Albania.

The UK (aka Londonastan) has long been known as greedy for this and other shadow-.money trades, but post-Brexit a UK passport is less useful.

The project will involve all AEJ sections and be coordinated by the new Media Freedom team, notably Fake News expert Irina Nedeva, Media Freedom Repr, Kiyriakos Pieridis,  and myself.

The second project, already making waves in the European press, is for a Section with no name for the brave colleagues from, notably but not only, Russia continuing 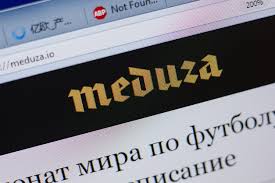 their work in exile, usually Latvia, despite being starved both of income and the freedom to continue their work openly at home. Among these is the staff of Meduza, a truly remarkable journalistic and political phenomenon which we have often quoted on this site and which we are proud to support.

On its survival, and that of other banned Russian news outlets like Novaya Gazeta, depends at least a trickle of serious information in and from Russia.

Also in the planning: a revived Ukraine Section chaired by our occasional correspondent, son of Ukrainian refugees, and based in Washington and Kiev, Askold Krushelnycky.

REPRESENTATIVE FOR FREEDOM OF THE PRESS AND DISINFORMATION
KYRIAKOS PIERIDIS CYPRUS