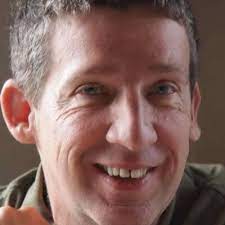 Honorary President Otmar Lahodynsky writes here about the just-published first novel by his colleague in Brussels:

Wolfgang Böhm, an AEJ member for many years and previously Secretary-General of the Austrian section, has been an expert on Europe for decades, working for the Austrian daily newspaper Die Presse.

He started a weekly Europe page and, with myself, co-wrote the first textbook on the EU (EU for you) – now translated into eight languages). His first novel, Between Brothers (Picus-Verlag), is the dramatic story of two very different brothers living in Vienna between the two world wars.

Viktor, the older, has been a soldier and is now trying to make it in Vienna, the capital of a state that has suddenly become very small. He is trying to build up a respectable existence as a teacher, marries and becomes a father. Hans, the younger, is not interested in stability.

Drawn to the world of architecture and art, he designs lamps for Josef Hoffmann’s famous Wiener Werkstätte and is obsessed with beautiful things. He ignores politics, which increasingly trouble his elder brother. Inevitably, conflicts arise between the aesthete and the sensible brother.

Anchored in his own family’s story, the novel portrays the conflicts of a darkening era before the Second World War through the prism of a real family drama. Böhm’s grandfather, who worked as an artisan, actually disappeared, leaving the family with many unanswered questions which Böhm explored for his novel, stumbling across some surprising facts.

The AEJ congratulates its member on a very readable novel and hopes it reaches an international audience.