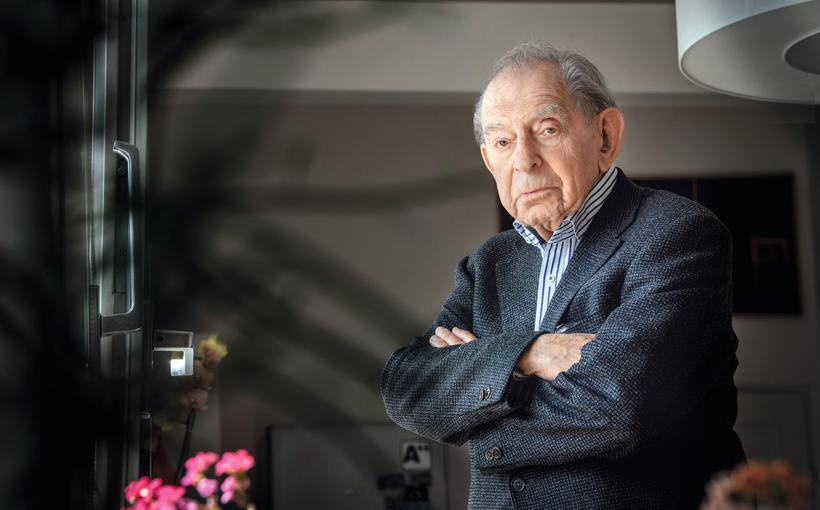 Our Viennese colleague Paul Lendvai, doyen (not only) of Central European Studies, and author of 20 books, is not to be stopped by advancing age. At 93 he has just given a fascinating interview to Nana Walzer of the Association of European Federalists on Democracy vs Autocracy: What’s next Hungary?

“In her recent State of the Union speech Commission president Ursula von der Leyen called the fight between democracy and autocracy a top priority for Europe,” wrote writer and broadcaster Nana Walzer, luminary of all things European in Vienna, “!For several years we have seen a corrosion of democratic principles in some European countries, for example in Hungary. But what can be done to strengthen democracy and to peacefully fight the authoritarian developments in Europe?”

Professor Paul Lendvai, whose critiques of Orbán’s Hungary are often devastating,  is an institution when it comes to Europe and Eastern Europe, and especially to his native Hungary.

Born in Budapest in 1929, he has lived in Vienna since 1957 where he has been a lifelong political publicist and journalist, from the London Financial Times to the ORF Austrian Broadcasting Corporation, where he still heads the Europastudio. “He has written 20 books,” writes Nana Walzer, “just last week his latest, Vielgeprüftes Österreich, appeared – and he has received numerous national and international awards.” The Walzer – Walzer interview.

Talking to Austria’s Kleine Zeitung to publicize his Austria book, Lendvai’s recent interview is headlined: “All of us in Austria are spoiled by prosperity.” He takes a sobering look at the collapse of political culture in Austria, which alas mirrors similar developments, and a lurch to trhe right,  across Europe. Interview (DE. Translates with DeepL.com or by right-clicking computer mouse).