Is Orbán finally to get come-uppance for crossing EU red lines? European Commissioner Hahn (Budget and Administration) has for years demonstrated the rarely-admitted truth that the EU Commission is somewhere you put people. For being too intelligent and therefore dangerous (Franz Fischer), or simply being past their political sell-by date, vaguely annoying, and in the way (Neil Kinnock + many others in the bloated Commission leadership. You know who you are).

Johannes Hahn, now nearly 65, had been something or other in the jungle of the centrist Austrian People’s Party (ÖVP) and for too long boss of the dodgy Novomatic gambling company. By 2009, though young, he had become an obvious candidate for a far-away, fur-lined rut in Brussels. Forgotten enough at home for it to be ignored, Hahn recently tied the knot, second time round, with Susanne Riess, ex-leader of the far-right Freedom Party (FPÖ), with its disgraceful proximity to Putin and near-fascist parties in Europe.

After an undistinguished round of doing this or that, inter alia, Regional Policy, and  Enlargement/ Neighbourhood Commissioner, Hahn has for some 18 months been put in charge of Budget and Administration, a poisoned chalice given the hundreds of millions in European funding which should clearly never have been handed to treacherous Member States which don’t fancy obeying the basic rules (notably Poland and Hungary). They now want more.

The typically Central European obuscation and slippery compromise that emerged from yesterday’s (Sunday!) Commission meeting is an example of what the EU’s not-wanted-on-board-at-home style of recruiting Commissioners can bring about. The Commission proposal yesterday was a cut of €7.5 bn in funding for Hungary for repeatedly crossing the EU`s red lines, and (although it’s not on the charge sheet) Orbán’s side-deal with Putin to keep its flow of cheap Russian gas.

The hand of Hahn can be detected in the whiff of Austrian schmäh about the Commission’s get-out clause, a possible compromise which could keep the row smouldering on indefinitely. The

Commission’s proposal is to suspend 65% of funds allocated to Budapest under three EU cohesion policy programmes. “Today’s decision is a clear demonstration of the Commission’s resolve to protect the EU budget, and to use all tools at our disposal to ensure this important objective,” Hahn unconvincingly told reporters.

But crucially he praised 17 reform measures to which the Hungarian government has supposedly committed itself: “With these measures Hungary has made important and public commitments in the right direction.” The truth or otherwise of this will become clear soon enough.

Politico accurately reported that “for more than 12 years Orbán’s government has elicited criticism from watchdogs, civil society groups, and European bodies for undermining checks and balances in the country. Critics point to the ruling party’s influence over the judiciary, control of much of the media landscape, and rampant corruption as key concerns.”

Pressure has grown for at least two years to simply cut the generous dollops of EU money to errant Member States. In late 2020 it created a mechanism allowing for the suspension of funds over systemic deviation from the rule of law, and triggered this against Hungary in April 2022, focussing on public procurement and rampant corruption.

The ball is now moving to the EU Council, in other words EU governments, which have the final say. Member States have one month to decide whether to adopt the Commission’s suggestions, with the possibility of extending this period by two months.

The errant states have forged an alliance of the unwilling. Polish Prime Minister Mateusz Morawiecki said last night that Poland “will strongly oppose any actions of European institutions that intend to illegally deprive any Member States of funds, in this case Hungary in particular.” Morawiecki said he was hopeful that Hungary’s reform measures would lead to a resolution of the dispute, according to PAP, the state news agency.

He saw “good news” in the fact that Poland was not mentioned in the Commission’s communiqué:  “The European Commission, or in this case Commissioner Hahn, admits that despite this dispute between us and Brussels, there is no reason to initiate a conditionality procedure against Poland”,

How much can Orban and Marowiecki get away with? Worryingly,  the European Court of Justice in February  robustly rejected the Polish and Hungarian legal challenge against having to impose the rule of law. The ruling was uncompromising: “The Court specifies, first, that compliance with those values (democracy and rule-of- 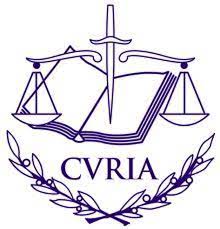 law) cannot be reduced to an obligation which a candidate state must meet in order to accede to the European Union, and which it may disregard after accession.”

For those who despair of the EU getting its act together, the Viennese dictum applies: “The situation is disastrous but not serious.”