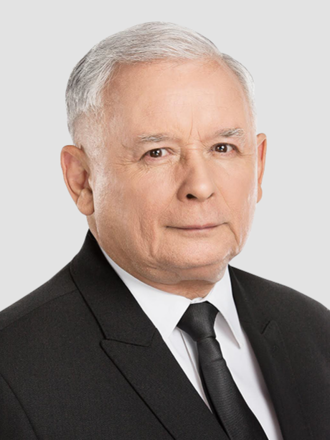 Poland’s government is demanding 1.3 trillion euros in reparations from Germany. Why it is unlikely that money will flow in this matter.

Poland’s government wants to collect no less than 1.3 trillion euros in reparations from Germany. At the beginning of September, a parliamentary commission in Warsaw calculated this sum in detail in an expert report on the damage caused by the Nazi regime in Poland during the Second World War.

The huge amount – one thousand three hundred billion euros – results from the killing of more than 5 million Poles between 1939 and 1945 and from the years of forced labour of Polish citizens deported to Germany. According to the report, corporations such as VW, BMW, Krupp, Bayer and clothing companies profited from this. The authors of the report estimate the damage to buildings, sacral structures, industrial plants and agriculture alone at 170 billion euros.

The leader of the national conservative ruling party “Law and Justice” PiS, Jaroslaw Kaczynski, called the demand for compensation payments justified. Moreover, Germany would not have to pay the reparations all at once, but over decades, he said.

On top of that, the sum was not an excessive burden for the German economy. Dozens of countries around the world had received reparations from Germany, he said. “There is no reason why Poland should be exempt from this rule,” Kaczynski said.

Reparations payments to Poland were immediately rejected in Berlin. The German government invokes the Two-plus-Four Treaty of 1990 on the foreign policy consequences of German unity. Moreover, the Polish People’s Republic had renounced reparations in 1953 and confirmed this several times. According to international law, such new demands for money would therefore have to be clearly rejected, according to the German position.

Moreover, Germany had previously made payments to Poland, especially to Polish forced labourers. In addition to the Foreign Ministry, government spokesperson Steffen Hebenstreit  also rejected the proposal: “There is no reason for the German government to doubt the effectiveness of the 1953 waiver of reparations under international law. Of course, the Soviet Union had exerted massive pressure on Poland at the time.”

As early as 2004, Kaczynski had demanded reparations from Germany. A joint expert opinion was then drawn up, which concluded that neither the former German inhabitants of the eastern territories ceded to Poland were entitled to restitution or compensation for lost property, nor was Poland entitled to reparations.

However, in 2017, an expert opinion prepared by the Polish parliament established the legality of reparations. The new demands for money, which were made at the beginning of September, are hindered by the disunity of the political parties in Poland. The liberal opposition of the Civic Platform (PO) accuses the PiS party of wanting to make a name for itself with the reparations demand at the beginning election campaign – parliamentary elections will be held in Poland in 2023.

“The PiS initiative on war reparations has been popping up for several years whenever the PiS needs to build a political narrative,” said former EU Council President Donald Tusk, who is now leader of the Civic Platform PO.

Kaczynski wants to build support for the ruling party “on this anti-German campaign”, Tusk said. He had once been the target of anti-German resentment himself because Tusk had also spoken German with his parents.

Poland’s former foreign minister Radek Sikorski, now an MEP for Civic Platform, sees the demand for money as a distraction from current problems: “I have the impression that the PiS talks about reparations all the more as inflation and credit rates rise. Governing, getting the money from the EU that is within reach – they can’t do all that. So issues from 80 years ago are being brought up that do no good,” Sikorski said.

Morally, however, Poland, as a victim of Hitler, is entitled to compensation, Sikorski pointed out, referring to the Potsdam decisions of 1945, according to which Poland was to receive 15 per cent of the German reparations to the Soviet Union. But this share was never paid to Poland. Poland’s government could, after all, sue for part of Russia’s frozen assets in the USA, Sikorski said.

At the Economic Forum in Karpacz – the “Polish Davos” a fortnight ago – Kaczynski complained about a “cultural aggression” from Western Europe and the USA. Even when Poland joined the EU, which he had supported for economic reasons, he had been aware of the cultural differences in the EU. His awakening experience happened during his first trip to the West, which took him to Vienna in 1989. At that time, he had immediately realised in Vienna that he was in a “different cultural circle”.

Bartosz Wielinski, deputy editor-in-chief of the anti-government newspaper Gazeta Wyborcza, sees the demands for money as “an attempt to divert attention from government debacles such as Poland’s blocking of EU subsidies.” Poland’s government was untrustworthy, because at the same time it had strictly rejected demands for compensation from descendants of Holocaust victims. “The money for this is now apparently to be paid by the Germans, although these are also houses that found new owners in Poland after 1945,” Wielinski said.

A report in the Times of Israel newspaper on 11 September caused a stir, according to which the list of atrocities committed by the Nazi regime in Poland also included places “where Polish pogroms against Jews took place”, such as Jedwabne, where more than 300 Jews were murdered by Poles after World War II.

Poland’s Justice Minister Zbigniew Ziobra of the ultra-right Samoobrona party linked Poland’s demand for reparations to Putin’s invasion of Ukraine: “Because of Ukraine, we have to show that this kind of crime will not go unpunished. Otherwise it’s an incentive for more crimes by Putin, for destruction on a grand scale.”