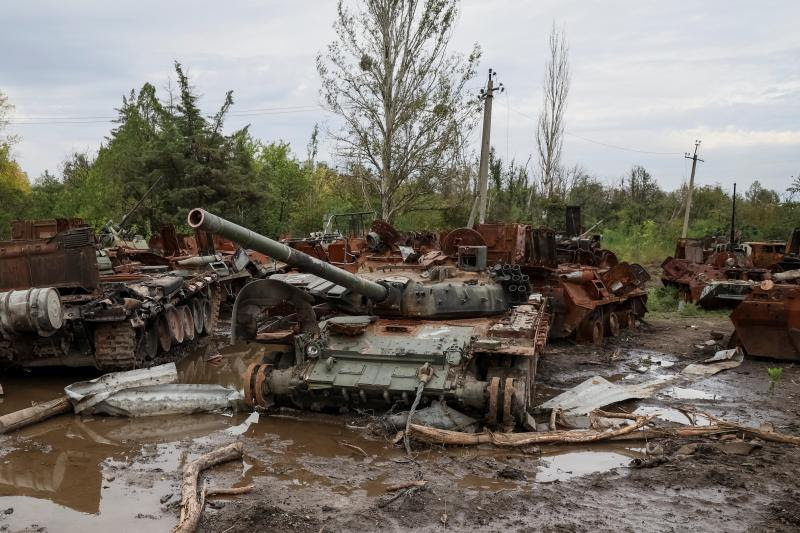 President Vladimir Putin ordered Russia’s first wartime mobilisation since World War Two on yesterday, shocking his countrymen with what Western countries described as an act of desperation in the face of a losing war.

Putin made the announcement in a televised address in which he also announced moves to annex swaths of Ukrainian territory and threatened to use nuclear weapons to defend Russia, declaring: “It’s not a bluff”.

“When the territorial integrity of our country is threatened, to protect Russia and our people, we will certainly use all the means at our disposal — this is not a bluff,” Putin said in the speech,  aired live on state television this morning.

His comments came after Moscow-installed officials in the Donetsk, Kherson, Luhansk and Zaporizhzhya regions of Ukraine said they would stage referendums in the coming days on splitting away from Ukraine and joining Russia.

Terrified Russians simultaneously took to the streets in protest against being sent to the front lines, and last night many more joined the throng. More than 1,500 demonstrators holding “no to mobilisation” signs and chanting anti-war slogans were dragged away by armed police trying to stamp out the unrest across the country, while others desperately try to flee the country by snapping up one-way tickets from Moscow.

The disobedience and the exodus are driven by fears that Russia’s borders could soon close or that a broader call-up might send many men of fighting age to the war after Putin ordered the call-up of 300,000 military reserves today – a first in Russia since the Second World War.

Today’s protests began in Siberia, with demonstrators risking jail under draconian laws forbidding criticism of the armed forces, and more unrest is expected to spread to Moscow and St Petersburg.

One protester was hauled into detention in Novosibirsk after shouting at police and FSB officers at a rally: ‘I am not going to die for Putin, or for you!’

He told the armed law enforcement: ‘You know too well everything is f…..d up!’

The man was loudly clapped by other protesters at the anti-war rally in Siberia’s unofficial capital police officer bellowed at him: ‘I demand you to stop this illegal activity.’

A protester’s voice is heard saying ‘What are you doing?’ as he is detained, while another asks: ‘Are you animals?’

One more voice said: ‘They are [protesting] so as not to be sent there [to the war in Ukraine].’

Anger has also erupted on social media and a new word was even invented to describe the hell Putin has unleashed – ‘Mogilisation’, from the Russian word ‘Могила’ [Mogila] – or grave, the morbid fate awaiting thousands drafted into the army.

While some took to the streets, others tried to flee the regime and ticket prices duly skyrocketed, with a family of three having to fork out £44,000 to fly to Johannesburg, while the cheapest flights to Dubai were costing more than £8,000 – about ten times the average monthly wage, for a one-way economy fare.

Helsinki’s airport has suddenly acquired dozens of cars with Russian licence plates as tourists are using Finland as a transit country between Russia and the European Union. Since Russia’s COVID-19 restrictions on travel eased in July, there has been an increase in the number of Russian tourists attempting to enter the EU.

The bloc has shut its airspace to Russian planes, so, as a workaround, tourists are entering Finland by car and travelling internally within the Schengen zone. “Finland is the first Schengen country for many,” said Pekka Haavisto, Finland’s foreign affairs minister. This loophole is being shut, fast.