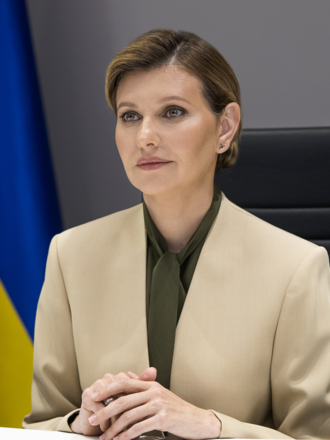 Amid fears of how an unpredictable Putin will react to the humiliations Russia has suffered on the battlefield, America’s top general visited American soldiers in Warsaw today. “The war is not going too well for Russia right now,” Mark Milley, chairman of the US Joint Chiefs of Staff, told reporters. “It’s incumbent on all of us to maintain high states of readiness.”

Reuters was asked not to publish the location of the US base he was visiting. Meanwhile Ukraine’s first lady Olena Zelenska was in London to pay her respects to the late Queen Elizabeth II ahead of the state funeral tomorrow. And the government in Kiev reported continuing progress over the weekend, the London Guardian said in its live report. Canada’s prime minister Justin Trudeau, also in London for what is turning out to be a “working funeral” as well as an historic queue, spoke of “absolutely unacceptable crimes” in Ukraine. “There needs to be a proper investigation and transparency and Vladimir Putin, his supporters, and the Russian military need to be held to account for the atrocities they have and are continuing to commit.”

This map was Tweeted by the Institute for the Study of War which commented “The Russian defenders in Lyman still appear to consist in large part of BARS (Russian Combat Army Reserve) reservists and the remnants of units badly damaged in the Kharkiv Oblast counteroffensive, and the Russians do not appear to be directing reinforcements to this area.” 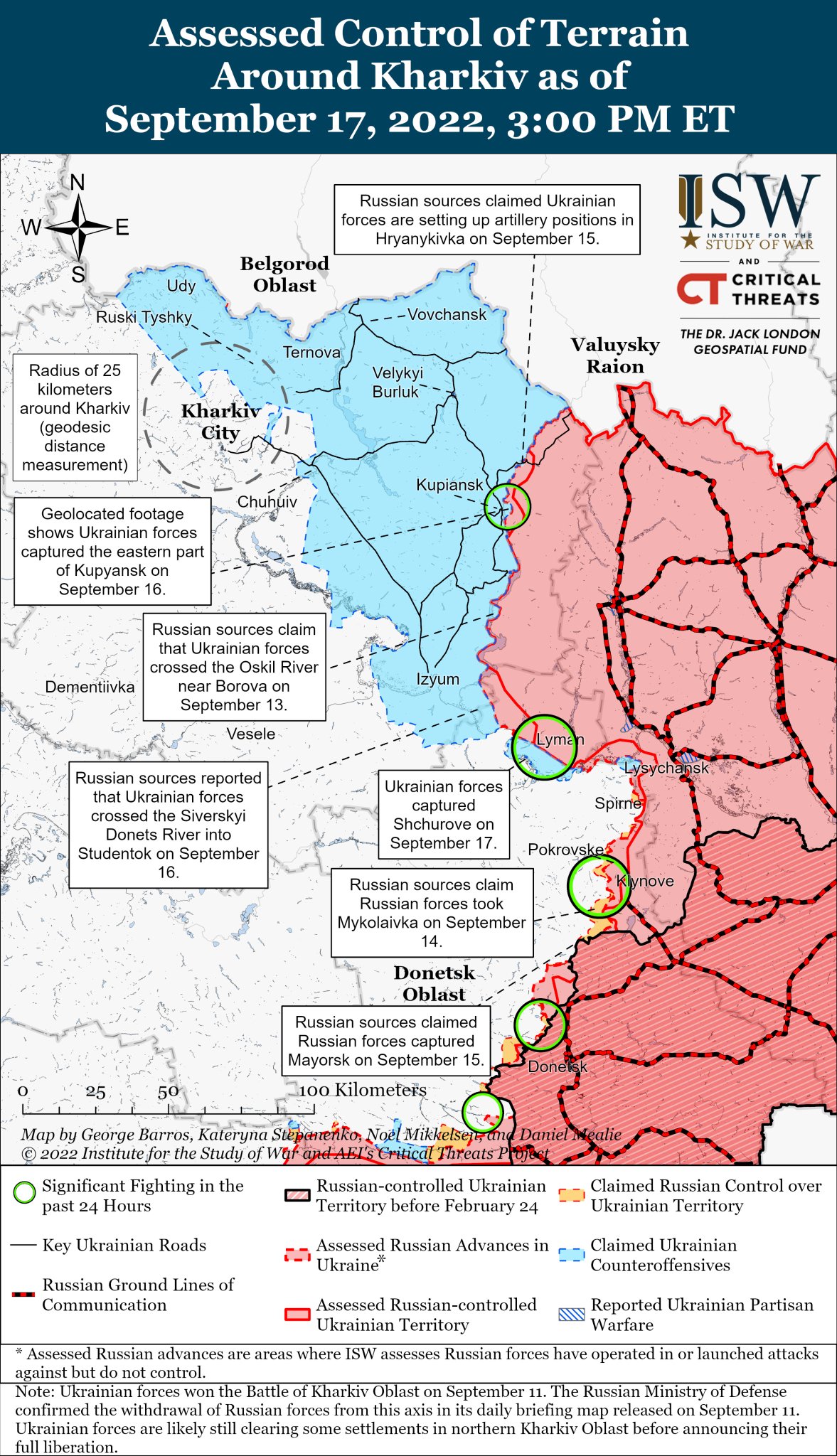 Putin’s war has given as much honest employment to military specialists as the death of QEII has re-animated royal-watchers. The RUSI in London has been especially useful to analysts needing more than propaganda from either side.

Today’s sober-minded prediction by RUSI’s senior analyst for land warfare Jack Watling implies the war is far from over:  “It is highly unlikely the Russian military can recover from its increasingly terminal trajectory on the battlefield, though its defeat will take time and bitter fighting. To understand why, it is necessary to examine the force beyond its equipment and personnel….”