What is at stake in Ukraine 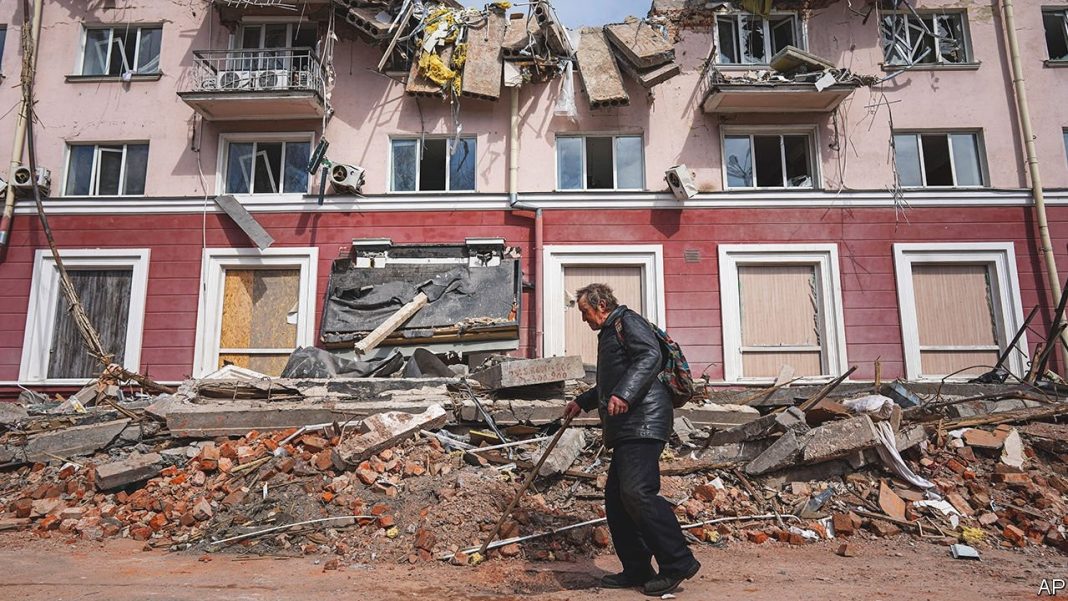 In a powerful editorial article The Economist states why it is important for the world’s future that Ukraine does not crumble under the Russian jackboot. Here we reprint some of it with a link to this week’s issue of the paper.

Russia wants to impose its brutal vision on its neighbour. That is everybody’s business

The war is first of all about the fate of 44m Ukrainians. But in the shattered ruins of Mariupol and Kharkiv a worldview is also at stake. Vladimir Putin invaded Ukraine to force it to renounce the West and to submit to the Kremlin. He believes that big countries should be free to dominate smaller ones. Ukraine counters that it will choose its own allies. With Western backing, it is affirming the universal principle that all countries are sovereign. Whoever prevails on the battlefield will win a fundamental argument about how the world should work.

It matters, therefore, that off the battlefield this is an argument the West is losing. Most of the emerging world either backs Russia over its invasion or is neutral. Some countries depend on Russian arms, others feel a misplaced nostalgia for Soviet largesse, but many see the West as decadent, self-serving and hypocritical. And many more, even if they do not welcome the invasion, see it as somebody else’s problem. As America and the rest of nato rally support for action against Russia, that is a stunning rebuke. It is also taking the world down a dangerous path.

On March 2nd, 141 countries voted in the un to deplore Russia’s invasion. Just five voted against and 35 abstained. But the real pattern is more complex. Our sister organisation, the Economist Intelligence Unit, has noted that only a third of the world’s people live in countries that have not only condemned Russia but also imposed sanctions on it. Most of them are Western. Another third are in neutral countries. This group includes giants like India and tricky American allies, such as Saudi Arabia and the United Arab Emirates. The final third are in countries that are echoing Russia’s rationale for the invasion. The biggest, China, has repeated propaganda claiming that Ukraine has hosted American-backed bioweapons laboratories.

In Mr Putin’s world, where might makes right, today’s lack of support is proof of Western decline. After the Soviet collapse in 1991, when America became the sole superpower, countries aligned themselves with it not so much out of ideological conviction but to win its backing. On this reading, America’s sway over smaller countries has diminished as China has risen.

There is something to this, even if declinism is exaggerated. The West has also hastened its own loss of influence. Until Mr Putin jolted it by invading Ukraine, the West had seemed to have lost faith in the universal principles it espoused. Following the Russian attack on Georgia in 2008, America’s president, Barack Obama, rushed to “reset” relations and focus on nation-building at home. When Bashar al-Assad used chemical weapons in 2013, Mr Obama backed off. After annexing Crimea in 2014, Russia got a slap on the wrist.

China and Russia argue that this lack of self-belief is a sign of Western decadence. If so, it spread under Donald Trump, who held America’s allies in contempt and was wholly transactional. Democracy in America sank further into outrage and conspiracy. The European Union often seemed hopelessly self-absorbed. Brexit, whether you were for or against it, was a fiasco.

Poorer countries also see America and its allies as self-serving, because they demand solidarity when it suits them and turn their backs when it does not. While Russia and China released covid-19 vaccines abroad, the West hoarded huge stocks. Countries that grew rich by burning oil and coal have urged a global effort to limit climate change, but failed to keep their (limited) promises to help finance poorer countries’ plans to abandon fossil fuels and adapt to a warmer world.