“My son is married to death now in his coffin.” 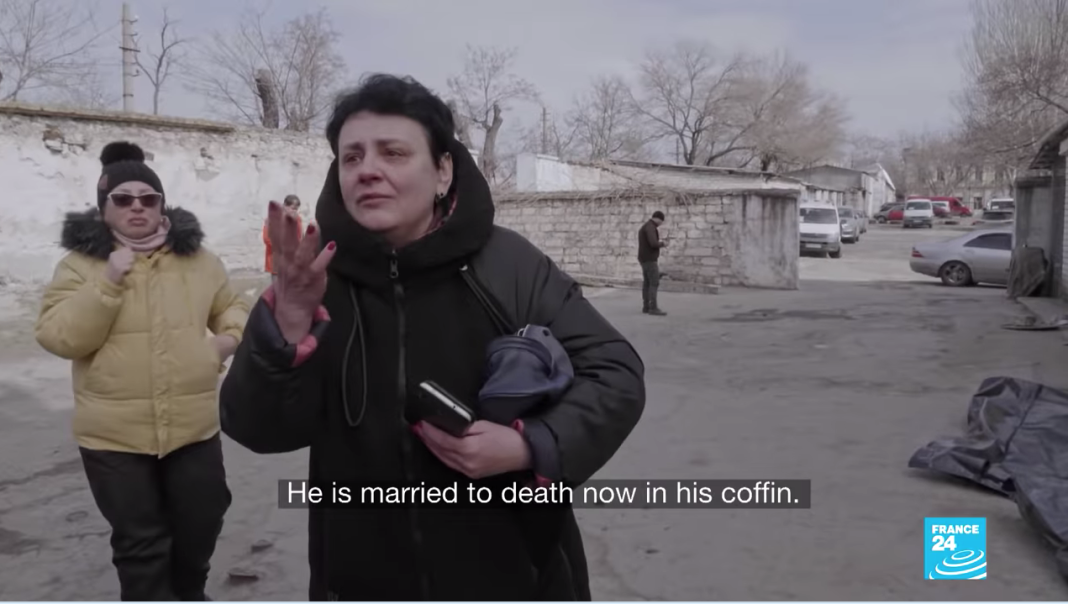 Harrowing but brilliant report from France 24 (in English)

The war in Ukraine is being waged on many fronts. From Odesa on the Black Sea, to Irpin in the north, via Mykolaiv and the capital Kyiv, FRANCE 24’s Gwendoline Debono has followed the trail of violence and devastation. Their reporter met fighters joining the war, civilians hiding in underground bunkers and women giving birth amid Russian shelling. She witnessed the horror of the morgue of Mykolaiv, where bodies are brought in all day long for families to identify. She also followed volunteer ambulance workers who take huge risks to try to save those trapped by the fighting.