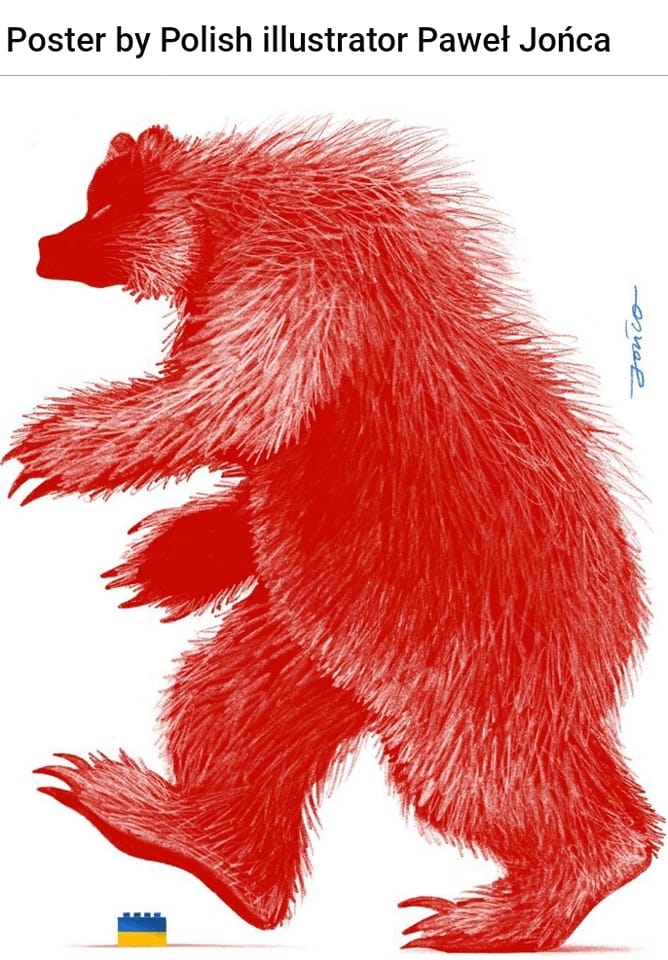 What the hell is Z about? And why is it often being turned into a swastika?

Those who are not terrified into silence or busy finding somewhere to flee (not the UK unless they have time to wait for an appointment in Paris) are also turning to President Zelensky’s glory days, not so long ago, as an amazing dancer, writer, and comedian.

These two clips have gone viral on the Internet:

The make-believe history teacher whose make-believe rant went viral and turned into a smash-hit success on Ukrainian television. And just as prescient was the future (real) president dancing Don’t Step on my Blue Suede Shoes in 2006.

Meanwhile, the macho image usually preferred by Vladimir Putin has been ridiculed (he is after all nearly 70), among others by Der Postillon German satirical magazine with a

photomontage showing what he might look like after being beaten up by punks objecting to his preferred gay icon look.

Back to President Zelensky: many were taken aback to learn he voiced the part of a marmalade-loving Peruvian bear in the Paddington Bear films.