The road from Hell 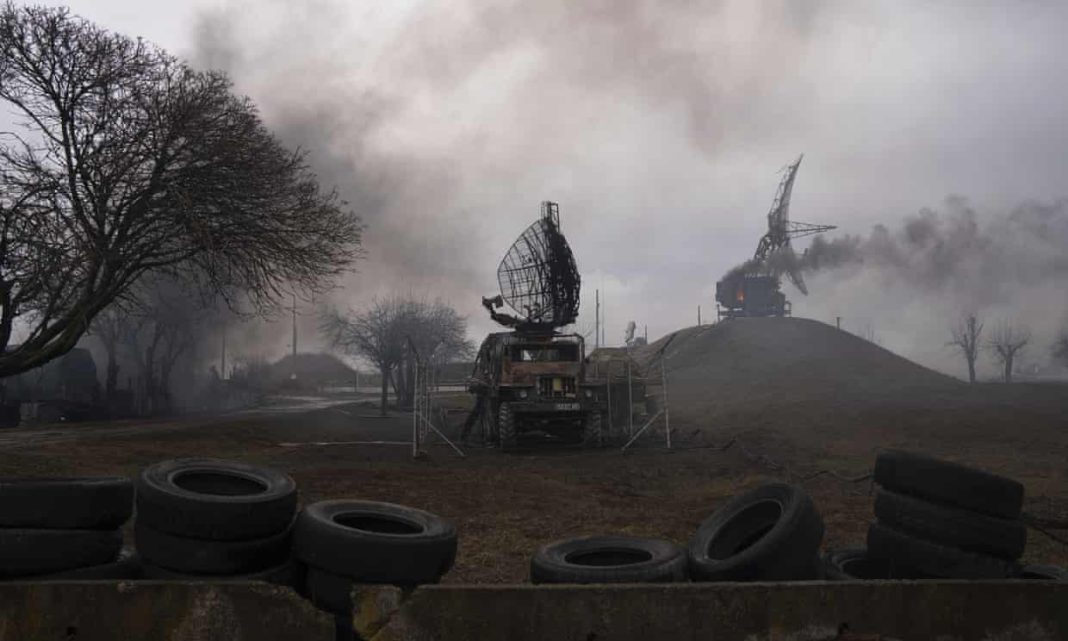 An appeal for $2 billion is being launched on Monday by the United Nations to help with the looming humanitarian crisis in Ukraine, as Russian forces continue their attacks on the nation’s major cities forcing hundreds of thousands of civilians flee their homes for safety.

Meanwhile a squad of Chechen special forces ‘hunters’ has been unleashed in Ukraine to detain or kill certain Ukrainian officials. Special decks of cards with Ukrainian officials’ photos and descriptions on them were handed to the soldiers, a Moscow Telegram channel with links to the security establishment reported.

The list is of officials and security officers suspected of ‘crimes’ by the Russian Investigative Committee, the report added. It came as Ukraine’s president Volodymyr Zelensky admitted he is ‘target number one’ for Russian assassins in his capital, while his family is ‘the number two goal’ for Putin’s hitmen. The Chechen squad is thought to be in a Ukrainian forest and was allegedly given an ‘order to kill’ if those on the wanted list could not be detained.

In a bleak statement Zelensky warned that several cities were under attack. “This night will be the hardest … We must withstand. The night will be very hard, but sunset will come.” The second day of the invasion was over and fierce resistance offered, but it is clear that Russia has much more in its arsenal to unleash: US intelligence estimates that only a third of available resources has so far been used. They also said 10 amphibious landing ships had unloaded thousands of naval infantry to the west of Mariupol, with a view to cutting off the port city.

As Kyiv barricaded itself in against the expected early hours onslaught, 18,000 rifles were handed out to members of the public, along with Molotov Cocktail instructions and kits. As human rights groups accused Russia of war crimes, the prosecutor at the International Criminal Court issued a reminder he has jurisdiction to investigate atrocities committed inside Ukraine.

In a televised address marked by more of the extreme rhetoric that has accompanied the invasion, Vladimir Putin described the the government in Kyiv as as “terrorists” and “a gang of drug addicts and neo-Nazis”.