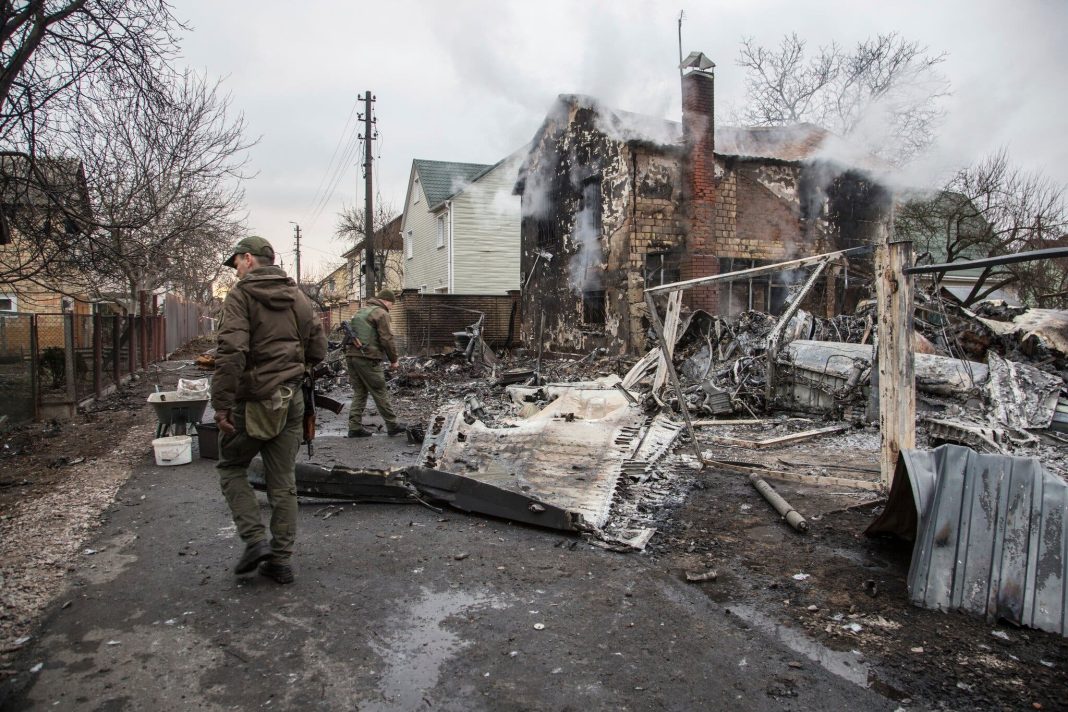 Intelligence sources say that spirited fighting by the Ukrainians prevented a crack force of Russian troops from invading Kyiv on Thursday, Day 1 of the invasion. Some 20 attack helicopters landed at Antonov Airport, 15 miles to the north of Kyiv, where they were held back and prevented from advancing on the capital.

And Ukrainian national guard units managed to retake the landing strip overnight, forcing the surviving Russian attackers to disperse into the surrounding countryside.

The attack on the capital would likely be coordinated with a push by troops on southern and eastern fronts – Crimea and Donbas – aimed at pinning down Ukrainian armed forces so they cannot retreat and reinforce the city, officials told author Michael Weiss.

It may also be accompanied by bombing raids and sabotage attacks on power grids and infrastructure to sow panic and force people to flee, snarling up roads and making it difficult for forces already in Kyiv to move around, reported the Mail Online.

Late this afternoon the Russian president Vladimir Putin said he was open to talks after Kyiv said it would discuss adopting “neutral status.” Earlier, Russia’s foreign minister said Moscow would not negotiate until Ukraine stopped fighting.

Meanwhile residents of Kyiv braced for a violent battle for their capital, as officials warned them to stay indoors and “prepare Molotov cocktails” to defend against advancing Russian forces who had entered a northern district of the city. Russia signalled that it was open to talks with the Ukrainian government, but it was unclear what the conditions were.

As missile strikes hammered Kyiv and a rocket crashed into a residential building, President Volodymyr Zelensky urged Ukrainians to defend the country, saying that no foreign troops were coming to their aid.