UK press shows it still has some guts 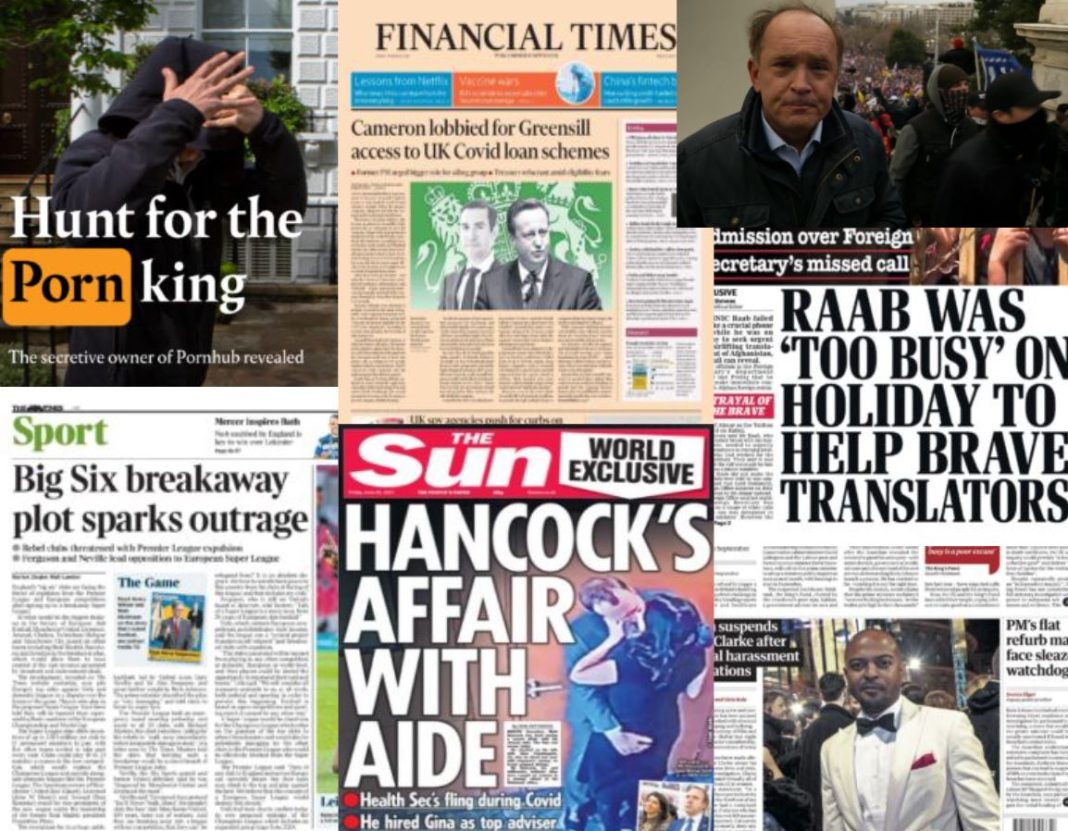 The UK is by any standards in a parlous state since the election and re-election of the chancer and reliably unreliable former Brussels corr. Boris Johnson. So much is familiar. So, on the media front, is the weakness of the once-great BBC (now a shadow of Deutsche Welle,) the inglorious attempt to introduce chat/ hate TV à la Fox News, and the threat to break up the excellent, profitable, but state-owned Channel 4 News.

It is not a pretty sight, and sad to see the removal from Fleet Street of some of the most eloquent independent voices such as that of Peter Oborne, now mostly to be found in his polemical books and as a columnist on Byline Times, a venture that has somehow triumphed, mainly online, despite all the familiar financial problems, since it was set up four years ago. It may just prove a model for independent start-ups in other European countries.

Meanwhile, the FT especially and the Economist have both become more fearlessly abrasive and investigative, an example that is being followed. The media editor of the newly-polished (and funded) UK Press Gazette, Dominic Ponsford, chairman of the judges of the annual press awards, said:

“Once again the British Journalism Awards underline the vital work journalists do exposing corruption, giving a voice to victims and holding the powerful to account.

“When we started this event, ten years ago, the UK news industry was still reeling from the fallout of Leveson, hacking, and the 2008 financial crash. Today’s finalists underline the quality, depth, confidence and impact our business has today at all levels – across local, national and specialist media….

“These finalists prove that our industry does matter and makes a huge difference for the better in society.”

The shortlist of award winners suggests there is still life, and an admirable  sense of fun and speaking-truth-to-power mischief in the UK press.

♦ How the UK press has exposed ever-worsening Johnson govt sleaze

♣ Changing of the guard in UK tv as digital gains ground. Interview with veteran newsman Adam Boulton of Sky News