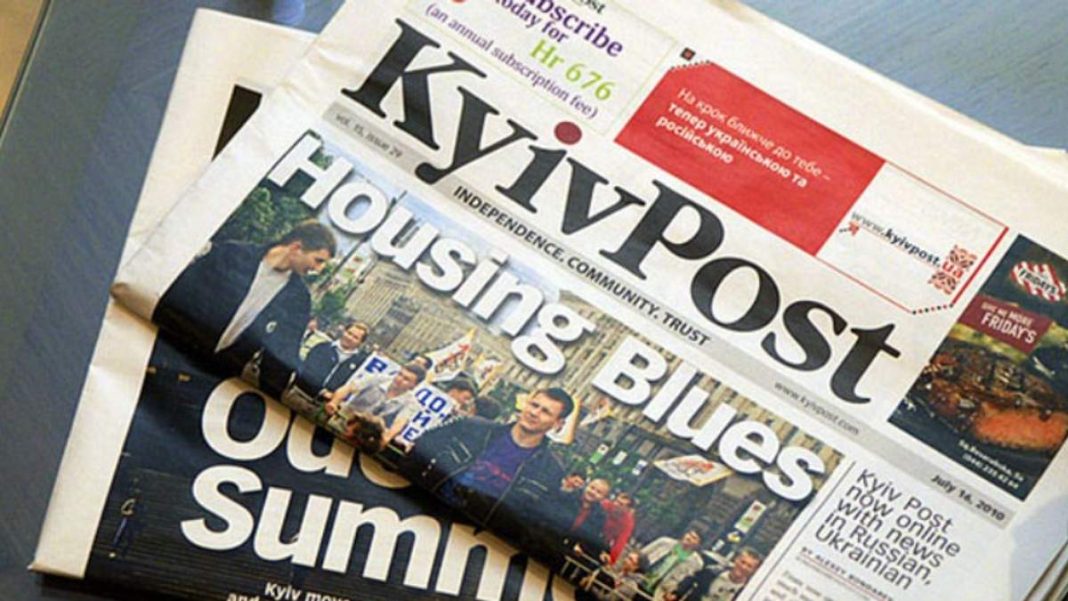 The independent Kyiv Post has ceased to exist today, after 26 years.

On the morning of Nov. 8, the paper’s employees came to the office only to be notified that they were all being fired, effective immediately.

Three weeks ago, the Kyiv Post’s owner, Odessa construction tycoon Adnan Kivan, had other plans: To expand the Kyiv Post and launch a Ukrainian-language outlet under the paper’s brand.

At the time, this news, as well as the appointment of a hand-picked chief editor to head this new section, were a total surprise to the newsroom.

We saw significant risks in the expansion format chosen Adnan Kivan. We also saw it as an attempt to infringe on our editorial independence.

The newsroom’s attempt to save the editorial independence of the Kyiv Post elicited opposition from our owner.

We consider the cessation of publication and the dismissal of the paper’s staff to be an act of vengeance by Adnan Kivan. He has officially announced plans to “reorganise” the Kyiv Post and to restart operations in a month with a new team.

We see this as the owner getting rid of inconvenient, fair and honest journalists.

The Kyiv Post has been the international community’s primary source of news about Ukraine for the last 26 years.

We have exemplified high professional and ethical standards. That is why every president and government in Ukraine’s history attempted to influence the Kyiv Post.

However, even under all this pressure, none of our owners went so far as to shut down the paper. Adnan Kivan himself promised to protect our editorial independence when he bought the Kyiv Post in 2018.

“I highly value the work of Kyiv Post journalists and intend to preserve editorial independence,” Kivan said at the time.
Today, we asked him to sell the paper or to hand over the Kyiv Post trademark to the newsroom. He did not agree.

We call upon our readers and advertisers, businessmen, diplomats, international organisations, and everyone else who believes in independent journalism to support us.