The Three Exports from Afghanistan That Are Coming: Heroin, People and Terrorism 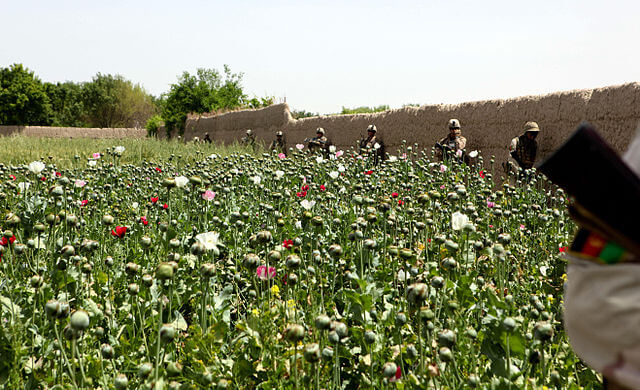 The end of an empire isn’t pretty. Or as Neil Sedaka sang, “Breaking up is hard to do.” The terrible scenes at Kabul’s airport attest to that — as did those, 46 years earlier, in Saigon.

Technically, the United States has never had an empire nor sought one. But we have sent troops far and wide. Like other empires, bringing them home has been difficult, ugly, and made endless by refugees. Empire, or the American equivalent, follows you home.

The British, French, and Russians have found the end of empire hard. As did the Romans in their day. Getting out has been a lot harder and uglier than getting in.

When the British withdrew from the Indian subcontinent, leaving behind a new nation called Pakistan, and an old one called India, the blood flowed freely. The sectarian slaughter then was to lead to wars and skirmishes which have lasted to this day. Improbably, Pakistan was two separate entities, East and West Pakistan. Later, East Pakistan split off and became Bangladesh.

When Lord Louis Mountbatten, a stiff-necked British public servant and aristocrat, set in motion the withdrawal, he ignored plentiful intelligence that there would be strife. An alternative plan called for a slow, measured withdrawal. Mountbatten decided if it were to be done, it should be done quickly, and the result was more than 1 million died and 15 to 20 million were displaced as Muslims fled to Pakistan and Sikhs and Hindus in the opposite direction.

The French withdrew from Algeria and nearly sparked a civil war in France itself. When President Charles de Gaulle announced France would withdraw from Algeria, there was uncertainty as to which way the French generals would go; reluctantly, they stuck with de Gaulle.

Algeria was truly part of France and the decision to leave was a bitter one. Many French citizens, called Pied-Noirs, like the writer and philosopher Albert Camus, had been born in Algeria and regarded it as a part of France. But De Gaulle stood firm and civil war was averted — just.

The worst colonial withdrawal — it is generally agreed — was the graceless Belgian exit from the Congo in 1960. Unlike the many former British colonies which inherited a political structure, complete with a parliamentary system based on the one in London and English Common Law, the Belgians didn’t leave behind a viable political or legal structure for the Congolese.

Simply packing up and coming home is never enough. The French withdrawal from Algeria began an endless immigration stream into France. The British withdrawal from India and the country they created, Pakistan, paved the way for a flood of migrants into the United Kingdom. That isn’t over, as relatives and relatives of relatives still claim the right to join their family.

Resettled Afghans will bring with them their culture and, more importantly, their religion. They will leave their mark wherever they are resettled.

The present and future of Afghanistan are made more complex because with the U.S. withdrawal, a religion cloaked in nationalism is the victor. There are many devout Muslim-majority countries, but Afghanistan under the Taliban will be the most complete. The dominance of religion as the national purpose will be established. The only legal system will be Sharia: And if history is a guide, it will be an extreme and intolerant version that will rule the 39 million people of Afghanistan.

Communism defeated capitalism in Vietnam. But in short order, communism was defeated there, and Vietnam became friendly to the United States and as passionate about business as Singapore or Hong Kong.

There are no expectations for Afghanistan. A big country riled by tribalism, it will resume the export of the three things nobody wants: Heroin (opium poppies are a traditional crop), migrants, and terrorism.

The debacle that has played out with our national humiliation on television won’t, alas, bring an end. It is, in its own way, a beginning.